Toby Miller is the next Shaun White 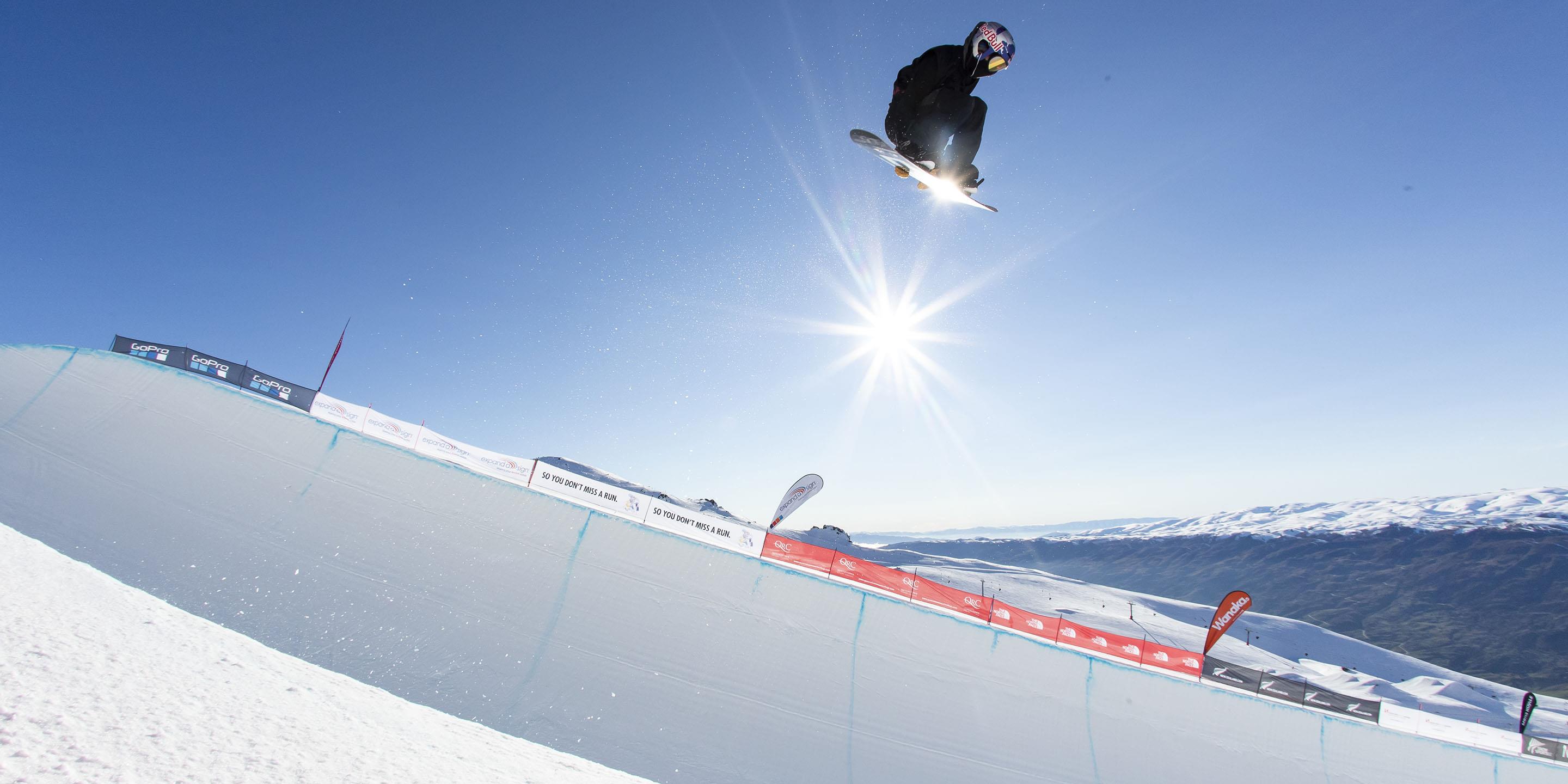 The 18-year-old is taking to the halfpipe this month at the X Games.

Don’t mistake Toby Miller’s youth for a lack of talent. Ranked ninth worldwide in the halfpipe, Miller is expected to perform well in his second X Games Aspen and has his sights set on the 2022 Winter Olympic Games in Beijing. Famed snowboarder Shaun White has even called him “the next Shaun White.”

“Competing in my first X Games last year was a dream come true—it really is the Super Bowl of snowboarding,” the 18-year-old from Tahoe, California, says. “The energy at the halfpipe under the lights is at another level. You feel how excited the crowd is and I really think that changes the way you ride.”

Miller asked for a snowboard when he was five and he’s had impressive body awareness ever since. “When he was in the air, he seemed more in control of his body than most twelve- or thirteen-year-olds would be on the ground,” says his Truckee, California-based trainer Chris Cloyd.

Furthermore caught up with Miller before this month’s competition to talk legs, eggs, and why he’s opposed to chairlifts.

What’s it like being compared to White, with his three Olympic gold medals and stack of X Games records?

How did you two become such good friends?

We first met when I was twelve when his coach invited me to ride with them for the day. I was starstruck because Shaun was like my superhero. We built a friendship right then even though there’s such an age difference. Later, we rode in Australia and New Zealand together, and now I travel and train with him and J.J. Thomas. I consider them two of my best friends.

Are you always chasing winter?

I traveled with the US team this season to as many training camps as I could. We were in Mammoth, California, for spring camp and then went to Mt. Hood, Oregon, which is a glacier with a great facility. After that it was New Zealand, Switzerland, and back to the US. We’re trying to snowboard all year instead of just November to March. I feel very fortunate to go to all these places.

So you’re pretty much always on the move.

Yeah. When I travel, I pack a foam roller, yoga ball and block, and resistance bands for hip work and leg strength.

How about when you’re home—what’s your training like then?

I work out with Chris at least four times a week in the off-season, and I built an at-home gym in my garage so I train there too.<br><br>Over the summer, I focus on building muscle and getting in better shape ahead of the season. Flexibility and mobility are huge. I do a lot of overhead presses, TRX work for the core, trunk rotations, explosive box jumps, Bulgarian split squats, single-leg lunges, and hurdles.

That’s a lot of leg work.

It’s one of the most important muscle groups for snowboarding, along with the core and hips. We try to keep it fun and incorporate games into our sessions.

Are you a good eater?

I try to be as healthy as possible, especially on the road when I’m more likely to get sick. I’ve taken that more seriously over the past two years and it’s given me more energy.

Breakfast is scrambled eggs, spinach, and ham. For lunch, my favorite salad is ground beef with blueberries and feta cheese. J.J. Thomas introduced me to that. Dinner is usually healthy protein like chicken plus vegetables or soup. I don’t drink protein shakes but I’ll buy juices from Whole Foods.

That sounds healthier than most teenagers.

Yeah, but I’d be lying if I said I didn’t have a donut here and there.

You have a decent amount of experience competing, but do you still get pre-drop nerves?

All the time. But over the years I’ve gotten better at turning those nerves into excitement. When the starter says it’s your turn to drop, you don’t have to go right away. I tend to wait until I’ve visualized myself landing the run I want to do before I go. Also, I like to hike up the halfpipe instead instead of taking chairlifts. They make me feel too restricted and by the time I get to the top, I feel cold and stiff.

Does every halfpipe feel different from the next?

Sometimes. We usually practice at competition venues ahead of time to get used to them. I stay focused by listening to Trap Nation and Chill Nation playlists on Spotify. At first I only wore one headphone on low volume, but now I wear both as loud as they go. It doesn’t feel right anymore to snowboard without music.

You’re flying from Switzerland to Aspen the day before X Games. Do you ever get jet lag from those long-haul flights?

Not really. I try to stay up for 24 hours before landing so no matter where I’m going, I can sleep through the night. I usually feel pretty good after two days.

It must help being eighteen.

Maybe. The nice thing about X Games is that all our practices and competitions are at night, so we can sleep during the day. Coming from Europe, that could actually be a blessing.

You’ll have to bring your A game this year. How do you learn new tricks for big appearances like this?

If you’re learning one that somebody has already done, it helps to watch video. We practice landing new moves on giant airbags like the ones stuntmen use in Hollywood before taking them to the halfpipe. Shaun White won his first Olympic medal in Italy in 2006 by doing single flips, but tricks have gone through the roof since then.

By 2010 in Vancouver, double flips were a thing. People thought that was the max and there was no way the sport would progress, but now you have even bigger back-to-back rotations with double corks, yolo flips, and 1260s. I’m excited to see where it goes in the next four years. I wouldn’t be surprised if triple flips come into the halfpipe.