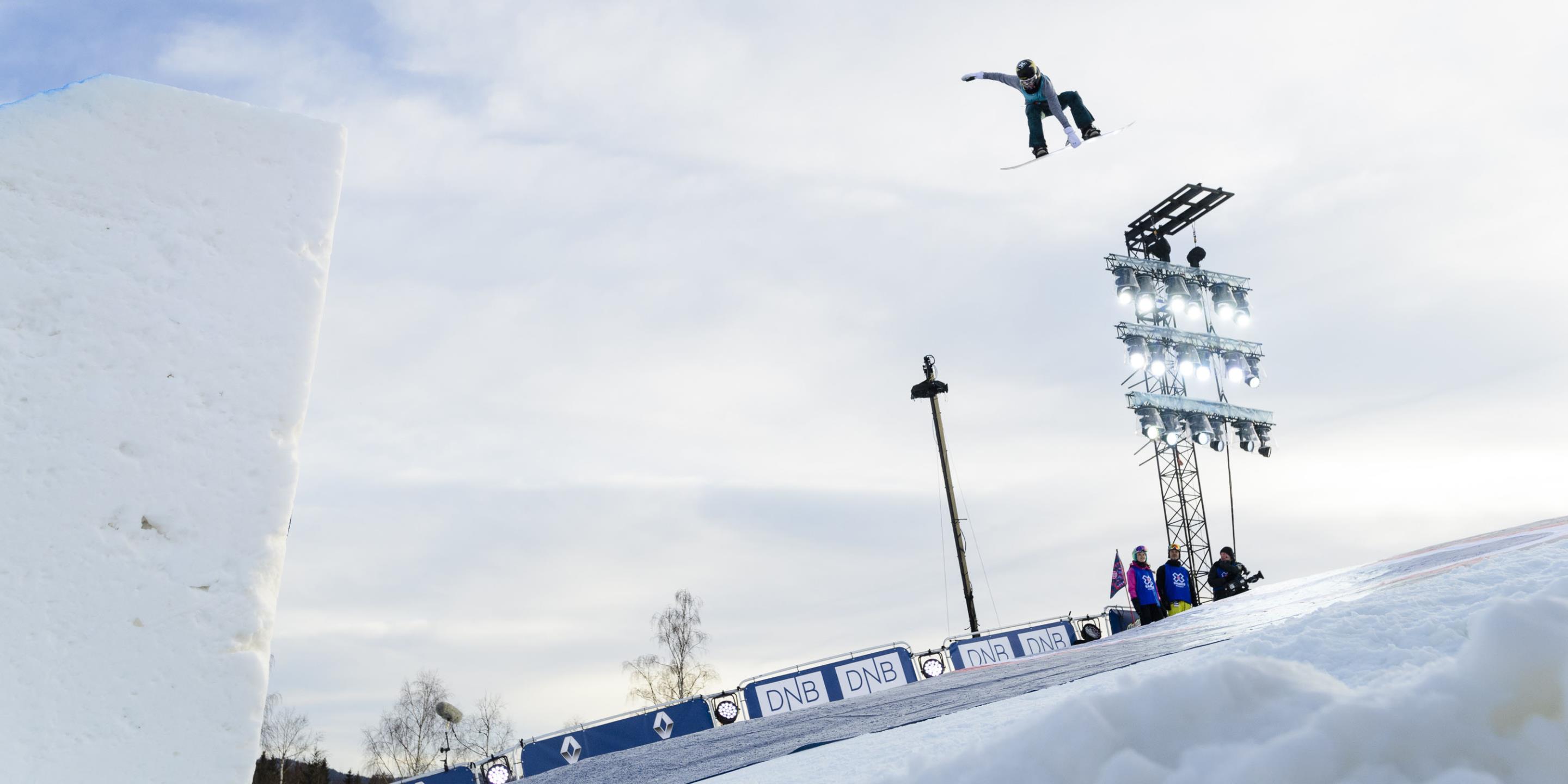 Ahead of the X Games, the Norwegian snowboarder talks chocolate, trampolines, and more.

The X Games has always been the most important event on the calendar for top-ranked slopestyle snowboarder Silje Norendal of Oslo, Norway. That holds true even after she represented her native country in the Sochi and PyeongChang Olympic Winter Games.

“The X Games is special because it’s our event, where snowboarders are the number one priority,” says Norendal, 25. “Since I was little, I would dream about being on top of the podium.”

She’s earned X Games gold four times, but even after all that success, she’s no stranger to pre-competition nerves. “I always want to show my best snowboarding, and that makes me nervous,” she says. “It gets to the point where I don’t really have control over my legs.”

Since working with a mental coach, Norendal has learned calming tricks such as listening to happy, upbeat music at the top of a run. She cranks it as loud as possible to shut out external noise. “I like to be in my own head and create my own zone,” she explains.

Furthermore caught up with her ahead of the X Games Aspen to talk protein powder (she’s anti), chocolate (she’s pro), and trampoline training. Watch her in action on Buttermilk Mountain from January 24 to 27.

The Training Regimen:
For snowboarding, the most important thing is having a stable core and back because they’re engaged during every rotation and landing. I’ll strengthen those muscles with sit-ups, glute bridges, leg raises, and by doing planks on the BOSU ball or standing to one side of a wall and throwing a medicine ball at it as hard as I can. I also like doing what I call toes-to-bar: You hang from a pull-up bar, then kick your feet up until they reach your hands.

During the season I need to be on the snow as much as possible, so I snowboard four to five days per week, up to five hours each time. Afterward, I go to the gym for about forty minutes. I don’t lift super heavy weights, just enough to maintain the strength I worked hard on over the summer. I’ll do squats, lunges, high jumps onto a box or bench, and single-leg jumps on a BOSU ball. I also prioritize barbell deadlifts for my hamstrings, which I need to keep strong because I don’t have an ACL in my left knee.

I try to fit in three leg days per week as well as three trampoline sessions for rotational speed. I’ll also make obstacle courses with BOSU balls, trampolines, boxes, and other equipment.

The Nutrition Regimen:
During the season I’m not that strict, but I make sure to get the nutrition I need from fruit, vegetables, and good protein every day.

Breakfast is yogurt and muesli. My post-ride lunch could be a big omelet with onions, mushrooms, tomatoes, and spinach. I also usually make a smoothie with banana, spinach, berries, and water as I don’t use supplements or protein powders. Dinner is typically salmon, salad, and vegetables.

If I’m running low on energy and want a chocolate bar when I’m riding, I’ll have one. I burn so many calories while training, especially at high altitude. I don’t eat a lot the day of competition, so I’ll have carbs the night before. For me, it has to be pasta. That’s more of a superstitious habit than anything else.

Over the summer when I’m not using as much energy, I avoid rice, potatoes, and pasta and eat more protein and produce. I do everything in moderation, so I’ll drink wine and have potato chips on the weekend if I want to. I prefer real food, but I’m not too obsessive about it being all-natural.

The Recovery Regimen:
Stretching and foam rolling takes up some of the forty minutes I spend at the gym. For big competitions like X Games we have a physio with us, so I’ll usually get a leg massage after practice.

What’s Next:
Five days after the X Games I’m competing at the World Championships in Park City, Utah. It’s a big deal for Norway to do well there. Then there’s the US Open in Vail, Colorado, at the end of February. Usually we have to go back and forth between Europe and the US, but this time I’ll be here for a full month.
How athletes train: Adrian PetersonBody