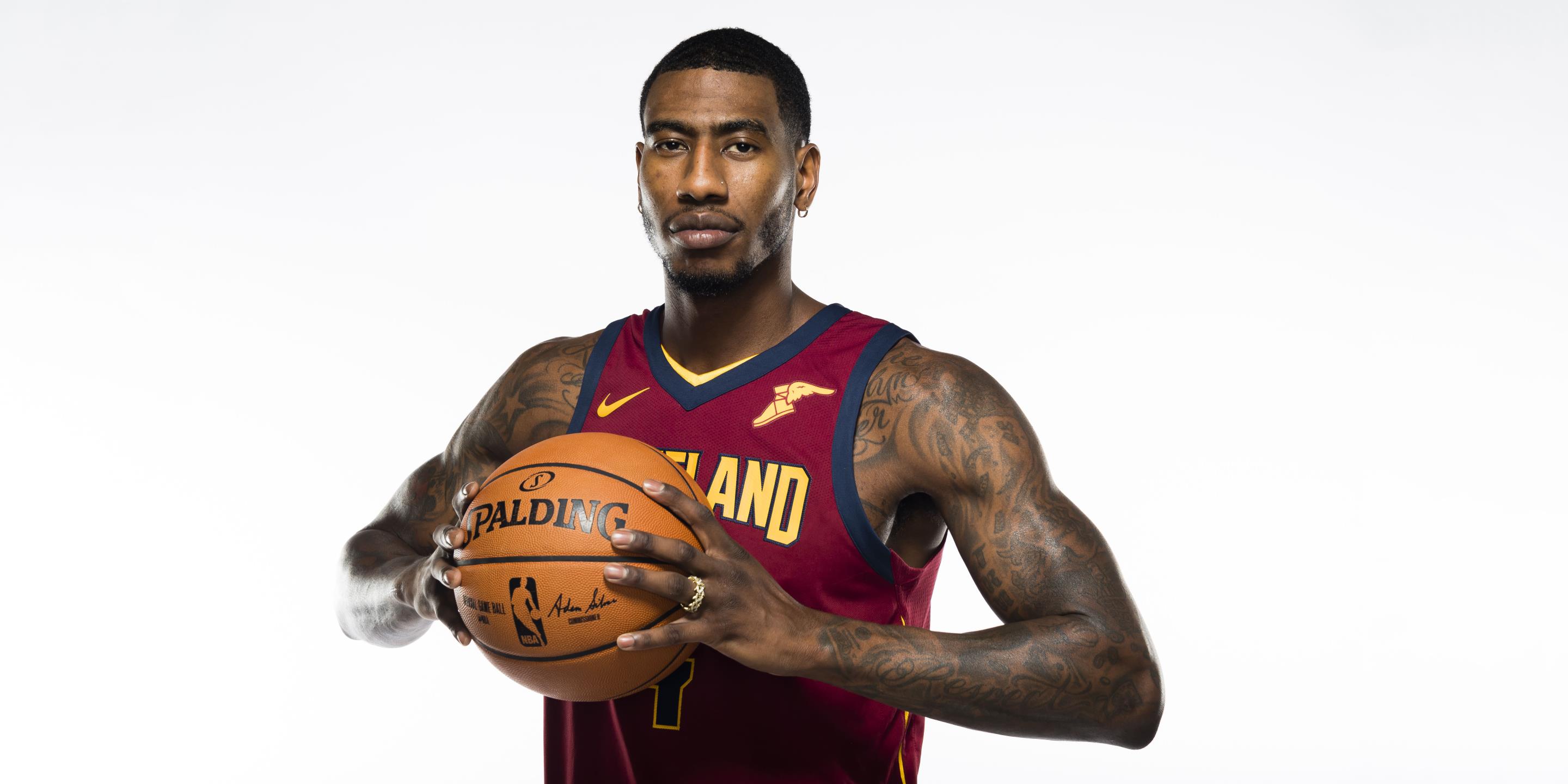 The NBA player is also making a name for himself as a musician.

For Sacramento Kings guard Iman Shumpert, music is more than background noise at games. It’s a major part of his identity. During his seven-year-long NBA career, he’s found a second calling as a rapper, releasing songs, mixtapes, remixes, and earlier this year, a six-track album called Substance Abuse.

In some ways, Shumpert considers music basketball’s off-court equivalent. “Putting together a rap or a beat is kind of the same as flowing on the court with your teammates,” he says. “My job is to pay attention to the mood of the game and of the players, and being a musician has helped me hone those skills.”

Furthermore spoke with Shumpert about how he balances his passions, why he loves boxing, and the big role his daughter plays in his creative process.

How does your music intersect with basketball?

My feel for music and rhythms and beats helps me on the court. I understand how players move, the rhythm they dribble with, and that connects with how I am with my music. If I pay attention to the other players, I can tell who’s bouncing off the walls, who’s calm, whose mood is up, whose mood is down, who’s even-keeled. Knowing that can help me defend someone.

In what ways do you use music help you through a game?

Before we start every game, we play songs over the speakers. We create playlists together as a team. People may think that’s a small thing, but it goes hand-in-hand with camaraderie and being a unit. Sometimes I’ll even sing songs on the court to give my teammates new energy, just something to get things going. We get on the same wavelength and I think it’s cool that music can do that.

How do you get in shape for the court?

I do a lot of core work. In basketball, the core is the most important area to keep strong. I’ll do a lot of medicine ball twists and throws, pull-ups with different grips, and make sure to engage my core during cardio, whether it’s boxing or hurdles.

Let’s talk about your love for boxing.

I don’t like to do the same things over and over, and boxing keeps me interested. It helps me with my hand speed, which is big when you’re close up on a player on defense. It also helps me with balance and footwork, which is important for moving laterally and at quick speeds. And, you know, I like throwing a few punches.

Do people see you as a basketball player first, as a rapper second?

Some people can’t fathom someone being an athlete and a musician at the same time. You reach this high level in basketball, this plateau, and they don’t expect you to also get to a high level in another field. Societal standards say you’re supposed to focus on the one thing you’re good at and do other things you like later in life. But sometimes there are five or ten things you like doing. For me, an important moment was going on Funk Flex on Hot 97 and doing a freestyle rap. That broke a barrier for me, being on a show like that. Releasing my album was also a big step. It was exciting and I felt like it showed that you can do more than one thing at a high level.

Do you feel you’ve helped show other players that they can follow their off-court passions?

More and more guys are pursuing other things, whether it’s rap, other types of music, photography, engineering, behind-the-scenes camera work. A lot of them take advantage of their time in college to become eligible and qualified for other jobs, but then they get drafted and join the league. They don’t want to waste those years of work. They’ve learned their craft, they love to do it, and just because we’ve reached success in the NBA, it doesn’t mean those other doors are closed for us. I’m excited about that.

How do you balance playing in the NBA and working on an album?

It's simple for me. I cut out the noise. I don’t play video games like a lot of guys do, so that frees up some time. I’ll also pull Twitter and Instagram off my phone and keep my attention on the music or being with my family and daughter. I think people make excuses for why they don’t have time for things, but I put aside time for this. If something is in my heart and I’m ready to make a song, I’ll do it, even if we land at 3 a.m. I have a studio in my house and my audio engineer taught me how to set up the equipment, so when I’m feeling it, I just go in there and do it.

What’s your favorite part of the creative process?

As of 2015, it’s playing my songs for my daughter and seeing what she thinks. She doesn’t know how to say it just yet, but she’ll let me know if she’s feeling it by dancing or making some motions. I can tell whether it’s bringing energy to her or not. It’s really a test for me. When I have songs that have the potential to be singles, I’ll let her listen and see what she does. She doesn’t realize that she’s being my A&ampR research, but she’s about as good as you can get.