The evolution of Pilates

This new class adds a dance-like vibe and rhythm to the classic practice.

One of the main things that distinguishes the new class, which will roll out at various Equinox locations this month, is that it integrates a unique mix of music into every workout. And you’re always moving in tandem with whatever beats are playing in the background. “Every Pilates Remix class will move swiftly and with music to keep people mentally and physically connected to the moment,” says Petitto.

The classes will also incorporate a new piece of equipment in place of the traditional round Pilates balls. Called the io-Ball, it’s a squishy, oval-shaped ball that challenges your stability and allows for a wider range of choreography and movement patterns. Additional equipment, such as gliders, resistance bands, and Pilates rings, will be added in the coming months as well.

How it works: Each 45-minute class is meant to feel like a dance on the mat, flowing from one movement to the next without a noticeable disruption in rhythm, notes Wortham. It begins with core-activation, and then moves into four separate series—quads, hamstrings, and glutes; back, chest, and shoulders; adductors and abductors; and one that balances everything out at the end. Each movement is derived from classical mat Pilates routines, performed for 8 to 12 reps, and then repeated for a second set. Remember to breathe in through your nose and out through your mouth.

To get the max total-body benefits, Wortham and Petitto recommend you attend classes two to three times per week.

You can also try this sample routine, demonstrated by Natalya Sebastian, Pilates manager and lead Pilates teacher trainer at Equinox locations in Toronto. Complete both moves in the first set twice before moving on to the second and third sets.

Cue up some of these songs that are on the Pilates Rhythm playlist:

*If you don’t have an io-Ball, the routine can be done with a regular Pilates ball, but it won't function as seamlessly for a few of the moves.

Stand with feet hip-width apart, io-Ball about one foot behind your left foot. Lunge left leg back, bending both knees 90 degrees (left knee sits on top of ball), and fold arms at shoulder-level in front of you (forearms are stacked and parallel to floor). Extend left leg, hinge forward from hips and extend arms overhead, forming a diagonal line from fingers to toes. Fold arms at shoulder-level in front of you again, as you lift left knee up toward elbows; return to lunge and ensure the back knee taps the ball on every repetition. Do 8 reps. (On the second set, complete the combo on your right side.)

Start in plank position, with palms under shoulders, legs hip-distance apart and extended behind you, back flat. Swivel the feet as you rotate torso to right, extending right arm toward sky as you open chest to right. Rotate back through center, and then rotate to left side plank, extending left arm toward sky. Continue alternating sides for a total of 16 reps (8 each side).

Lie face-down on mat with legs hip-distance apart and extended behind you, io-Ball placed right below your chest. Extend arms in front of you, and then pull elbows down to shoulder-level (goal post position); squeeze shoulder blades together, and extend. Do 8 to 16 reps.

Start in plank position with legs extended behind you hip-distance apart, toes tucked under, back flat, and forearms on top of io-Ball in a triangle position with fingers interlaced, with elbows directly under shoulders. Keeping abs engaged, tap one knee down to the mat, then the other. Continue alternating sides for 16 total reps.

Lie face-up on mat with arms extended by sides. Place io-Ball under your pelvis (towards the tailbone) and lift legs directly over hips. Keeping abs engaged, scissor both of your legs back and forth for a total of 16 to 24 reps.

Sit with legs together and extended in front of you, ankles rested on top of the io-Ball, toes pointed. Place your palms flat on the mat behind your hips, directly under shoulders, with fingers facing forward. Slowly lift hips toward sky, forming a diagonal line from feet to hips, send gaze upward without dropping the head; lower the hips down to the mat to start over. Do 8 reps. 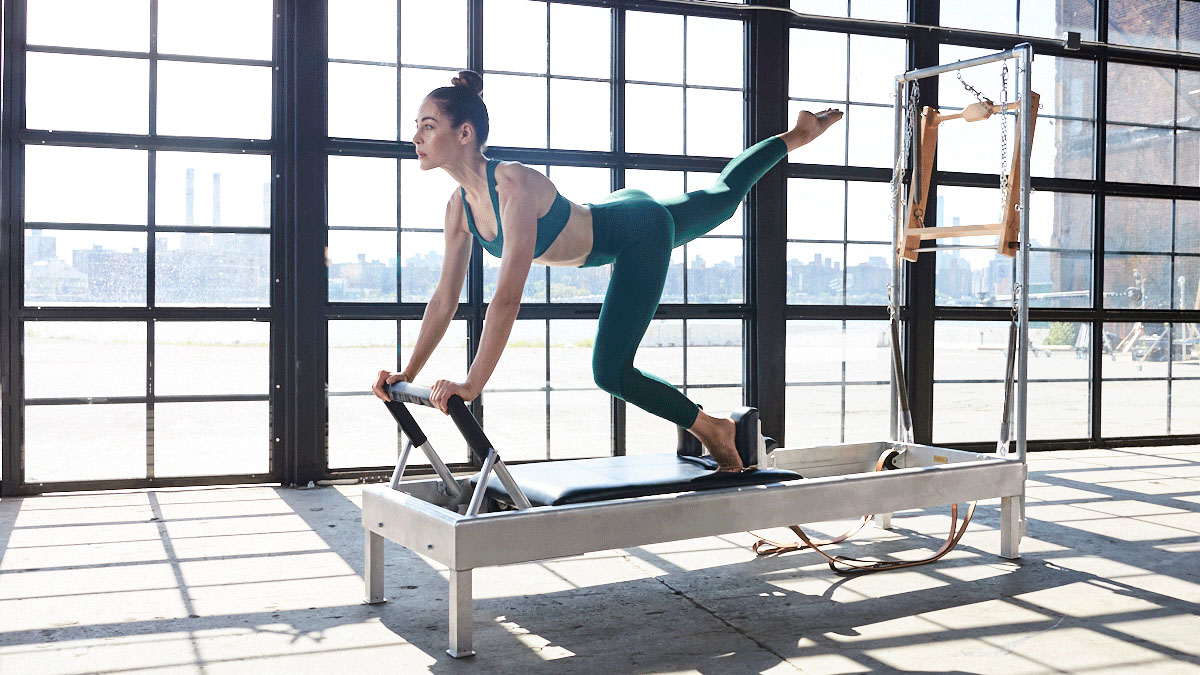 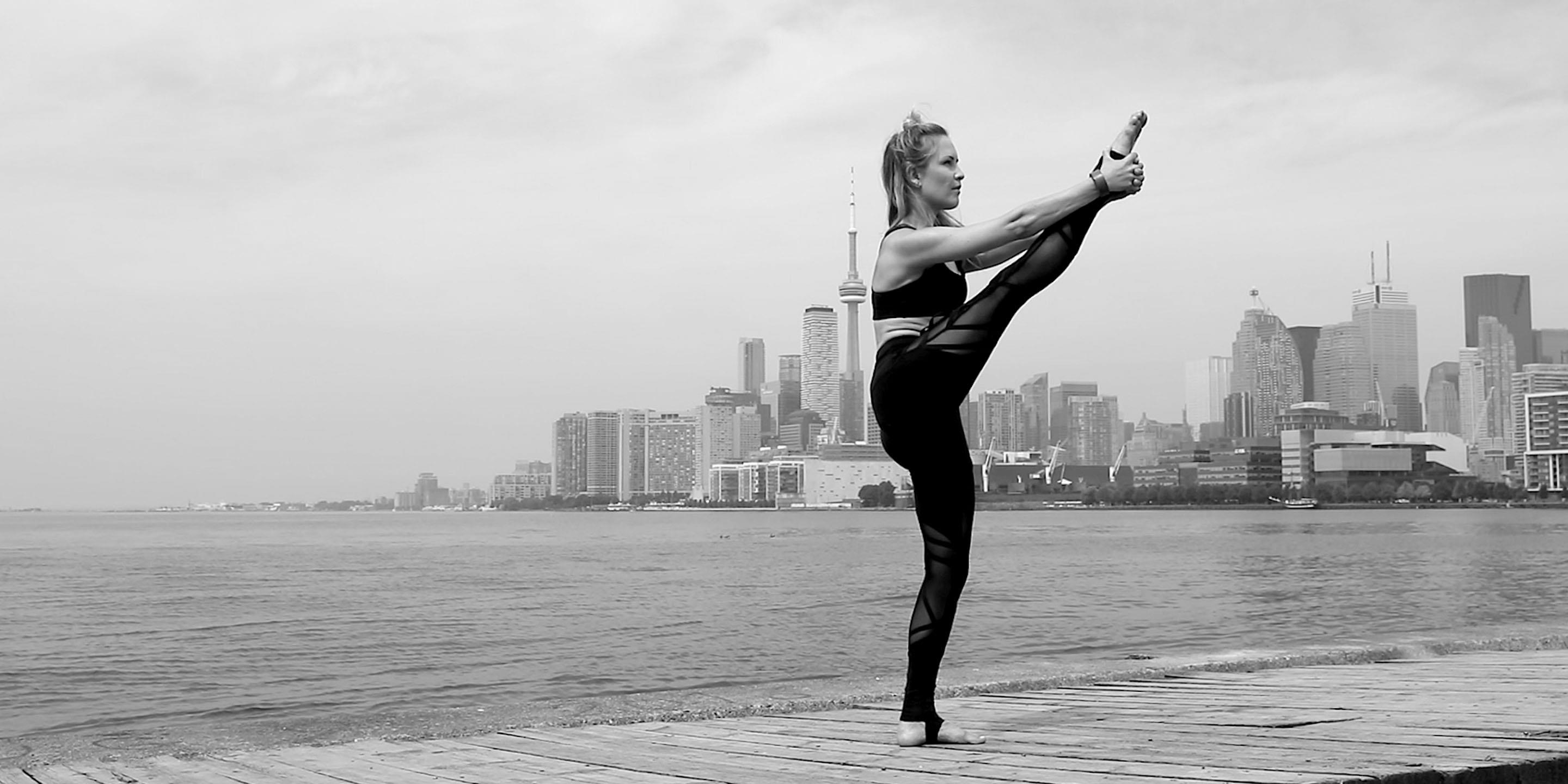