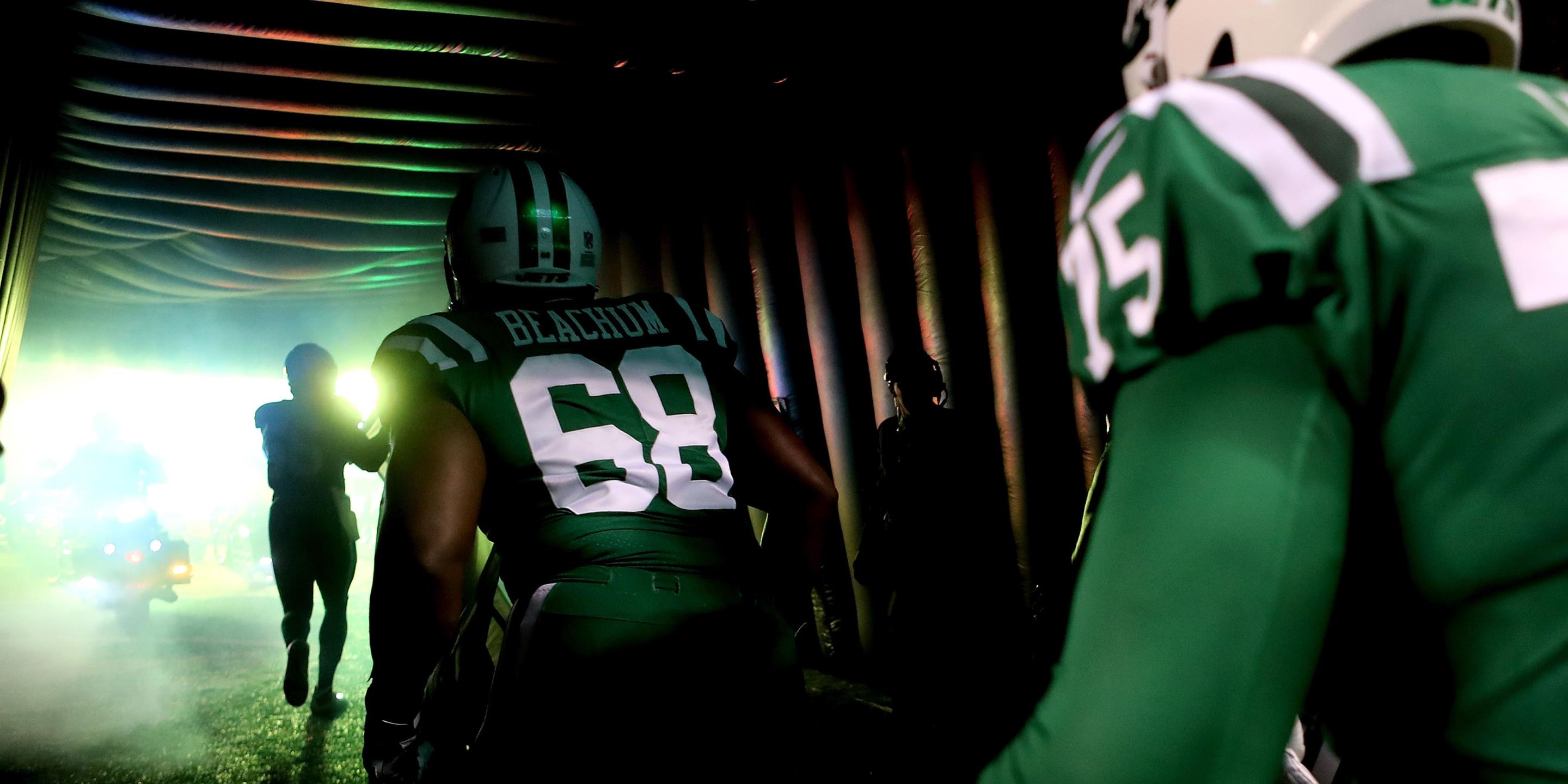 Pro football players’ success depends on consistency, so when they’re traded or signed to a new team, they need to quickly adapt to their new routine.

NFL offensive tackle Kelvin Beachum knows all about it. The 6-foot-2-inch, 303-pound lineman has been on three rosters throughout his career: He played for the Pittsburgh Steelers for four years and the Jacksonville Jaguars for one before signing a three-year contract with the New York Jets in 2017.

“It’s tough adjusting to a new place and a new team,” he says. “You have to learn your way around the city, where you’re going to live, what your family is going to do, and that’s on top of actually doing my job as a football player. It’s a transition, but it’s also part of the business.”

Although every switch is unique, Beachum has noticed a few recurring realities no matter where he goes. Furthermore caught up with him ahead of the 2018 NFL season to learn more about some of the adjustments he's learned to accept as part of the process.

Distance gets in the way of family time.
“Most people don’t realize what it means for NFL players’ families when they change teams. As athletes, we grow up playing football and we keep playing when we switch teams, but your family can’t drop everything and go to another city. When I was in Pittsburgh and then signed with Jacksonville, my wife was in school at Duquesne University and my daughter was in daycare at the time. We had a great support system there so my wife stayed in Pittsburgh until she finished school. That means a lot of flights back and forth. My wife and daughter would visit me in Jacksonville but there were no direct flights, so they had to make a connection each time. That’s a behind-the-scenes change that you have to learn to deal with.”

New teammates function as a support system.
“The easiest part of moving is getting to know my new teammates and the camaraderie in the locker room. We all play a hard game and everyone on the team goes through the same thing on the field. Most of us have played with someone else in the locker room—whether in college, the pros, or even high school—at some point. Football is a small fraternity of guys and those connections make the transition easier.”

His nutrition needs to change with the climate.
“One of the biggest changes I had to deal with moving from Pittsburgh to Jacksonville was hydration and my carb intake. I had to make sure I got enough water while training and enough carbs during the day because those two places have such different climates. It’s hard to describe just how hot it gets down there in Florida. I also found I needed more energy in my tank to get through games and practices. That was an adjustment for me, but as a player, you just have to do it. You have to be willing to make the change.”

He has a set of go-to exercises that stays consistent.
“A few exercises are huge for me when I’m relocating. As much as I hate them, inchworms are great because they prepare your whole body for a workout. Lunge variations have been instrumental for me because they hit the glutes and keep your legs and foundation strong. Core is extremely important for football players, so I do farmer’s walks to keep it strong. You also can’t go wrong with planks, especially since they’re easy to do anywhere, even when you’re moving and packing. I do three sets of one-minute planks.”

Every team has a different training style.
“Team have different offensive philosophies, different cultures. Going from the Steelers to the Jaguars means you have to adjust how you play, learn the new playbook and sometimes lose or gain weight. Some teams are more hands-off in the weight room and let you do your own thing while others are more hands-on, staying on top of you to make sure you’re hitting certain numbers. You get accustomed to your routine, and then when you change teams, you have to adjust. It’s just part of being an NFL player.”