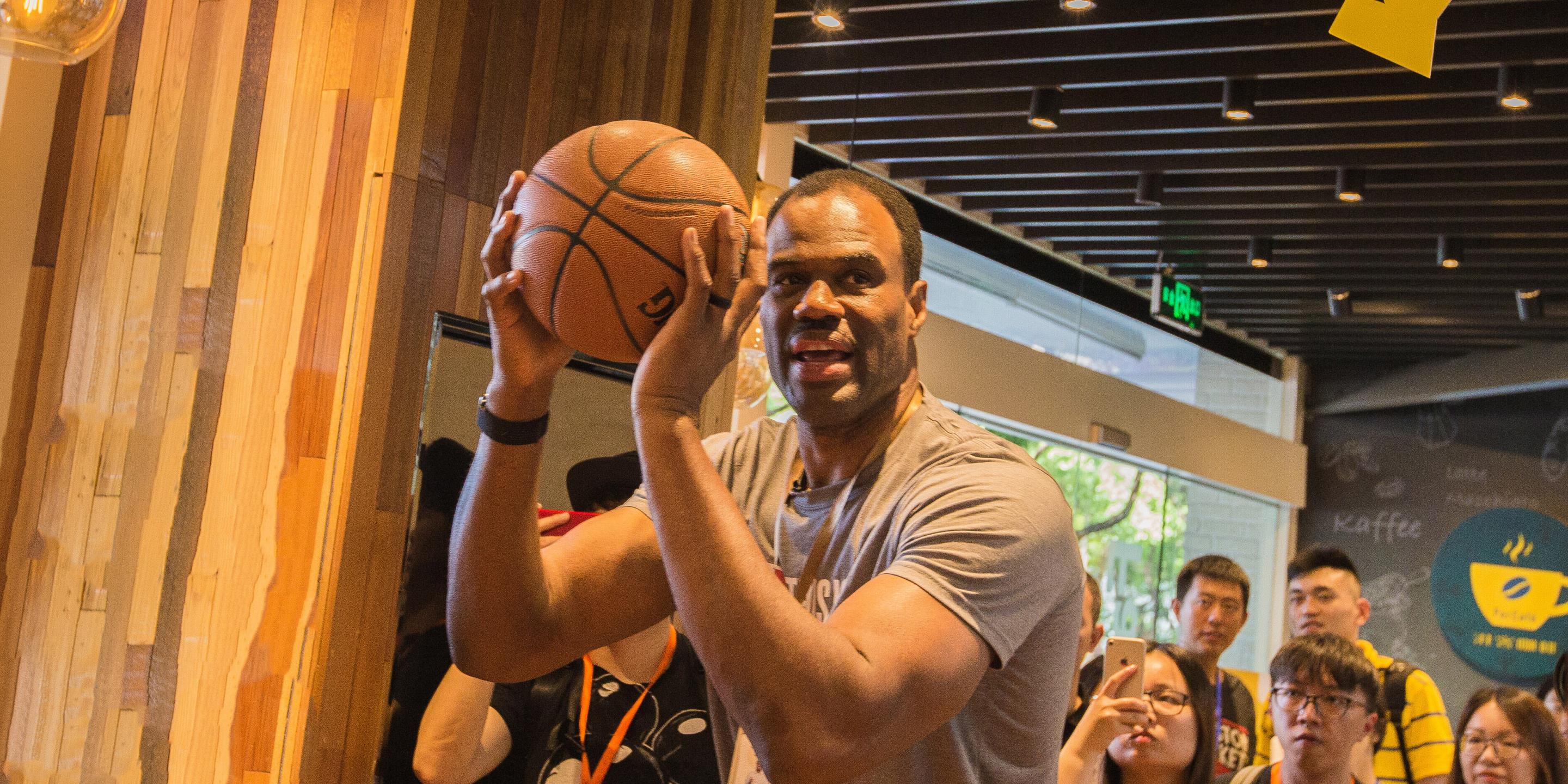 The NBA legend on staying fit in his 50s

During his 14 years in the NBA, David Robinson made 10 All-Star teams, won two championships, and earned Rookie of the Year and MVP awards. He played his entire career with the San Antonio Spurs, battling for rebounds against fellow Hall of Famers Hakeem Olajuwon, Patrick Ewing, and Shaquille O’Neal.

Fifteen years into retirement, Robinson is still fit and strong. He doesn’t follow the 5,000-calorie diet of his youth or play 82-game seasons, but the 52-year-old still eats well and trains hard.

“Consistency is the real challenge,” he says. “You can’t half commit to being in shape or healthy—you have to be fully committed to it and really incorporate it into your life.” He spoke with Furthermore about kickboxing, yoga, and the biggest change to his diet.

The Training Regimen:When I was playing in the NBA, I did my workouts to exhaustion. Now, it’s more like I exercise until I’m tired or hungry. Back then, I was constantly trying to improve, grow, and get strong, but I don’t have as big of a reason to push myself to that point anymore. I’m more focused on maintaining my fitness and overall health. I enjoy working out now because it’s less stressful.

I do a lot of yoga, which was so big for me during my career. It helped me with my breathing, sleeping, and injury prevention. Yoga is a great workout in itself. I like that I have total control over how deeply I want to go into each stretch and how patient I am throughout a routine. No matter where I am, I can do some moves without relying on anyone else to get it done.

A main part of my workouts now is kickboxing. My former teammate Tim Duncan got me into it. I love that it challenges me in multiple ways. It tests my reflexes, my strength, and my strategic thought process in the moment, and engages the body as well as the mind. If you’re going to kickbox, I recommend you do it with people you trust. It’s a very violent sport, and it’s easy to get competitive.

I also enjoy biking because it’s a relaxing, solid workout, and it gets you out in the real world. Everyone spends so much time in the virtual world, and biking gives me a break from that.The Nutrition Regimen:The biggest change for me over the years is how many calories I take in. When I was playing, I’d try to have 5,000 to 6,000 calories per day, and I easily burned it off.

I keep my diet simple: clean protein, greens, vegetables, and healthy carbs. I stay away from soda, dressings, and other high-sugar foods. Sometimes I fuel my workouts with shakes full of healthy proteins and fruit.

The Regeneration Regimen:Recovery is key to long-term fitness and health. I used to do a lot of what I call pre-workout stuff, like getting in hot tubs. As I got older, rest became the most important thing. I always underestimated its power earlier in my career. Being young, you think you can stay up all hours of the night and get up early the next morning, but your body needs sleep to recover. If you don’t sleep well, it’s hard to sustain any kind of effort. I use yoga as a form of exercise, but also as a form of regeneration.

What’s Next: I love being an ambassador for the NBA, traveling for basketball-related events, and talking with people about the importance of sports. I don’t have any trips coming up, but I’m looking forward to doing more with the league and using the sport to bridge cultures around the world.