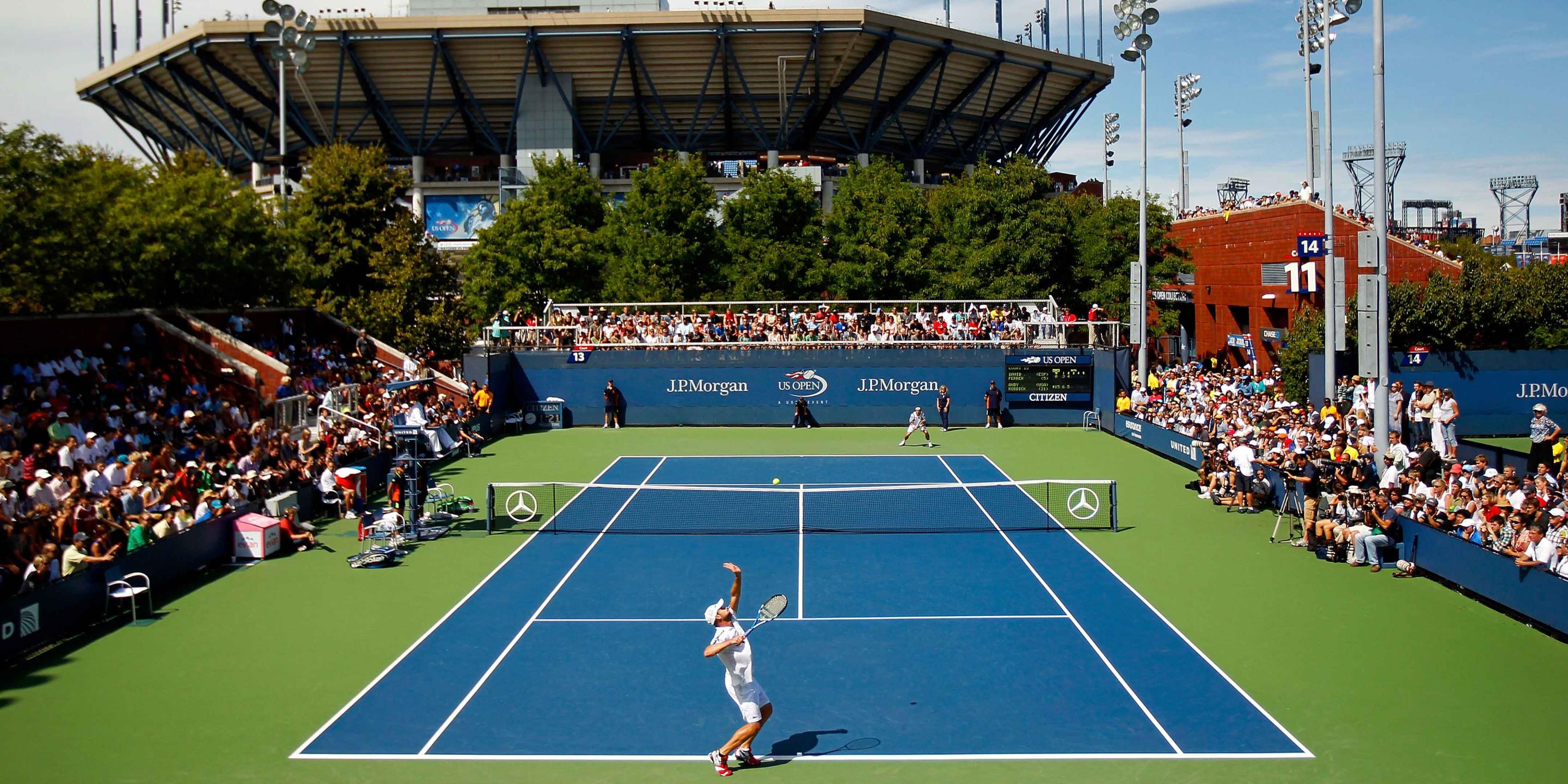 A former Glam Slam finalist sounds off on the sport’s lesser known tournament.

Later this month, the world’s top tennis playerswill arrive in New York City with their sights set on winning the U.S. Open. But former Grand Slam finalist and director of pro tennis operations and player relations for the United States Tennis Association (USTA), Eric Butorac argues that for those wanting to see the best tennis, a ticket into Arthur Ashe isn’t the only option.

There are few events on the sporting calendar that rival the energy and spectacle of the U.S. Open. Via packed subways or black cars with access to private lots, every August, fans pour into Flushing Meadows to see tennis’ greats compete for the last Slam title. Branded bars sell out on signature cocktails. Big screens project matches to the masses strolling the grounds. Celebrities flock to boxes.

But a quieter scene can be found the week before the Open officially begins. In fact, so can the best tennis. From August 22 to 25, on the courts surrounding Arthur Ashe, top athletes aiming to qualify for the Open compete.

To this day, the qualifying tournament for the U.S. Open (as it’s known) is one of the best-kept secrets in sport.

See, in tennis, only the top 100 male and female athletes are guaranteed entry into the U.S. Open every year.

The next 100 male and female players (in the No. 100 to 200 range) have the option to play in the qualifying tournament. Here, they’ll compete over three rounds for 16 entry spots into the U.S. Open.

The competition is fierce, too. That’s because athletes in the qualifiers have two main motivators: the prestige of making it into the main draw and a guaranteed $50,000.

To put that in perspective, for a player ranked No. 200 in the world or the next up-and-coming junior star, earning $50,000 at one tournament can account for more than half of their total prize money for the entire year.

Heart, effort, and desire are on display on every court.

This year, the U.S. Open will also be at the forefront of innovation, and fans present for the qualifiers will be some of the first to witness changes to the sport. While Wimbledon is all about history, the U.S. Open is trying to push forward.

First, in an effort to modernize tennis, there will be a serve clock similar to basketball’s shot clock. Once a point ends, players will have 25 seconds to start their service motion for the next point. A player who doesn't get his or her serve off in time loses their first serve.

Second, coaches will now be allowed to coach their players from the stands. This means that spectators can listen in and watch as tactics change and battles play out.

For now, you’ll only find these rule changes in qualifiers; but they’ll provide priceless data that could lead to their implementation in future U.S. Open main draws.

The “qualies” also aren’t the only highlight of visiting Flushing Meadows a week early. Vigilant fans in the right place at the right time might also see some of tennis’ greats—Roger Federer, Rafael Nadal, or Venus Williams, who practice on the side courts—up close and personal.

This is your (free) front row seat to witness just how quickly these athletes move and how hard they hit the ball. (Many professional men can serve the ball 130 miles per hour.) Consider it an all-access pass: better views, shorter lines, a new understanding of the game.

This year, the USTA is making the qualifying tournament part of what they’re calling Fan Week. The U.S. Open Qualifying Tournament runs August 22 to 25. The USTA Billie Jean King National Tennis Center is located in the Flushing neighborhood of Queens and is easily accessible on the No. 7 subway line. And if you don't want to leave Manhattan, check out the US Open Experience at the South Street Seaport on Aug 24th and 25th.The U.S. Open takes place August 28 to September 10. Tickets are available atUSOpen.org.