5 what the health ‘facts’ to reconsider 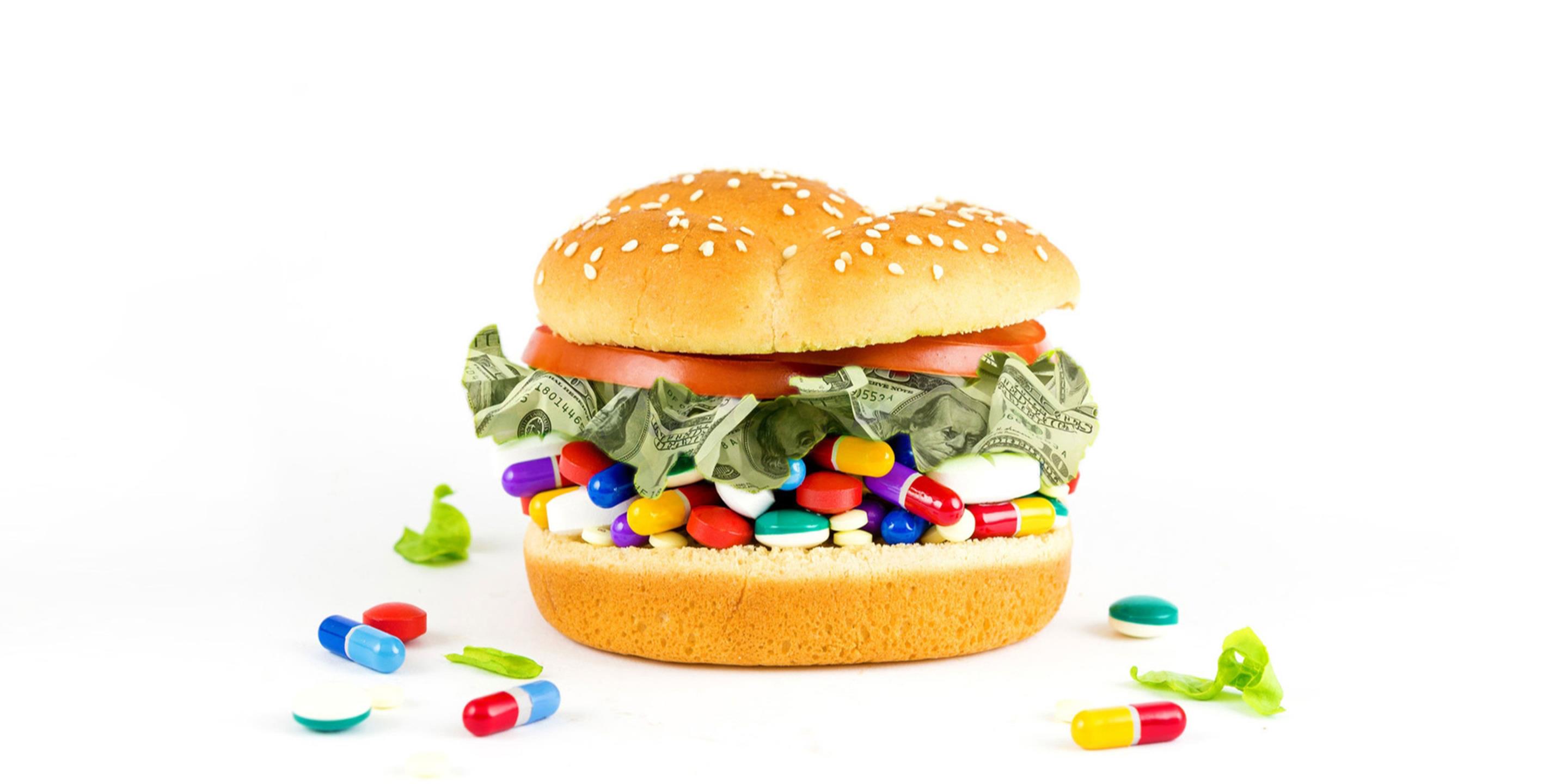 If you haven’t seen What The Health, you’ve undoubtedly been told you should by every one of your health-conscious friends (at least half of whom have probably changed your dinner reservations to a vegan spot). Filmmaker Kip Andersen makes a strong argument that most major diseases can be avoided and potentially reversed by giving up meat and dairy. Diet is indeed the most powerful tool we have to fight against disease. Many health experts, like Joel Fuhrman, M.D., a Flemington, New Jersey-based physician, nutrition researcher, and author of The End of Heart Disease and The End of Dieting, argue that the vast majority of Americans do eat way too many animal products.

What’s more, Andersen pulls back the curtain on how powerful funding is on the messages most governing bodies put forth (i.e. the dairy industry funding a study about the health benefits of milk).

However, Andersen isn’t a scientist or a nutrition researcher—and those facts really come through in the way he cherry-picked the research presented in the film. So we asked a handful of credentialed experts to give context to what he may have missed.

Our experts say: There is so much conflicting research here, but nothing shows that dairy definitively causes cancer. And in fact, a large, well-respected 2015 meta-analysis (with seemingly no ties to the dairy industry) in the Journal of Breast Cancer found that eating yogurt and low-fat dairy reduces your risk of breast cancer, while whole milk, skim milk, cheese, butter, and high-fat dairy all had no effect (positive or negative) on risk.

Saturated fat is really the key to the confusion here, says Kelly Hogan, R.D., clinical nutrition and wellness manager at the Dubin Breast Center at the Mount Sinai Hospital in New York City. “Whole milk dairy products are high in saturated fat which has been linked to a higher risk of breast cancer and breast cancer recurrence. But dairy just happens to be one of the culprits,” she explains. “We don’t know if it’s actually from dairy or fried foods or fast food or beef, or any other foods high in saturated fat. There hasn’t been any study breaking down which food could increase the risk.

What’s more, the vast majority, if not all, of research doesn’t control for other lifestyle factors. If women who eat high-fat dairy also never eat vegetables and don’t exercise, we certainly can’t say dairy is responsible for an increased risk of any form of cancer. “Too much of anything isn’t great, but there’s no one food that is going to cause breast cancer or cancer, period. You really have to look at your diet and lifestyle as a whole,” Hogan adds.

wth says: you need to rid your diet completely of animal products for optimal health and longevity.

Our experts say: “I don’t believe all people need to be vegan to live to 100 years old,” says Fuhrman. That statement means a lot, considering Fuhrman coined the idea of a Nutritarian diet, an eating plan high in nutrient-dense, plant-rich foods intended to avoid heart disease, diabetes, and other major diseases. Still, he is adamantly against high meat intake for the same reason the film offers: Animal protein is biologically complete so it floods your bloodstream and spikes production of IGF-1, the hormone WTH says promotes growth of cancer (which Fuhrman agrees with). Plant proteins, on the other hand, release slowly into your bloodstream so they don’t negatively boost your hormone levels.

But the danger comes when we eat animal protein in excess, he says. “The studies are very conclusive that, compared to 10 percent of calories from animal products, when you jump to eating 30 percent—what the average American consumes—there is a massive increased risk of cancer. And it’s true that for heart disease reversal, the data shows you usually have to go down to five percent,” he explains. “But for the general population, you can have excellent health and not be a vegan as long as less than 10 percent of your diet is animal products.”

Brian St. Pierre, R.D., CSCS, director of performance nutrition at Precision Nutrition who is based in Scarborough, Maine, agrees with Fuhrman that the average American’s diet of 30-percent-from-animals is way too high. But being too rigid is also what sets most people up for failure. "You can just move a little bit along the continuum towards 'more plants,'" he explains, adding that cutting from 30 percent to 20 percent seems a realistic place to start for most people.

Hogan puts it this way: “If people eat as many fruits and vegetables and plants as they should—which means they’re the majority of your diet—there’s not a lot of room for animal products.”

wth says: even organic chicken has too much cholesterol and mercury-ridden wild-caught salmon should not be in your meal plan.

Our experts say: The idea that chicken is the largest source of cholesterol in our diet is true because of the volume at which it is eaten, but dietary cholesterol has no effect on blood cholesterol. That’s an antiquated idea and not a single industrialized country recommends a daily limit on dietary cholesterol, including the U.S., points out St. Pierre. “Cholesterol from food has little impact on cholesterol in your blood. Plus, this idea whittles down a complex food into a single nutrient. In reality, while chicken has cholesterol, it is also a rich source of high-quality protein and many vitamins and minerals,” he says.

And it’s no secret certain types of fish are high in mercury, which is why every governing body, no matter their funding source, recommends limiting your intake. “If consumed as recommended (two to three times per week), salmon does not pose a mercury threat. Plus, it provides a large dose of powerful omega-3 fats,” St. Pierre adds. Definitely opt for wild salmon over farmed since, as WTH and countless studies and investigations have pointed out, wild are more nutritious and less contaminated with toxins and antibiotics than farmed.

wth says: eating one egg is the equivalent of smoking five cigarettes.

Our experts say: “This claim has been circulating around for a few years now and is largely based on one study that claimed eating eggs is as hazardous for carotid atherosclerosis—that's the narrowing of the arteries— as smoking. However, that study had many flaws (they did not take into account how much the participants exercised or what else they ate, for one) and no other studies have found similar results,” says Jyrki Virtanen, Ph.D., an adjunct professor of nutritional epidemiology at the University of Eastern Finland, who studies dietary fatty acids' impact on chronic disease. Virtanen’s team ran a similar analysis, published last year in the American Journal of Clinical Nutrition, and found that eggs had no effect on heart attack risk. He adds there’s scant evidence that eating an egg a day is harmful over time, though we still need more data.

“I do think the reason they’ve brought this up—and I would agree—is because there’s so much advertising done by the egg industry about it being a health food,” Fuhrman says. “But they are a particularly risky food for overweight, prediabetic, and diabetic people.” While the film points to the saturated fat content, Fuhrman’s against eggs’ effect on those IGF-1 levels.

“Eggs are a concentrated protein and if you’re otherwise eating a primarily plant-based diet and having a few eggs a week, I don’t think that will put you at a high risk,” he adds. Based on Fuhrman’s advice of limiting animal protein to 10 percent of your daily diet, that means you could eat about two a day if you were otherwise plant-based.

Plus: “It is absurd to claim that any food would be as dangerous for health as smoking,” Virtanen adds. “Smoking poses several times higher risk for health than any dietary factor.”

Our experts say: The filmmakers are vilifying the wrong thing here. What they may actually mean to say is, “A high meat diet contributes to cancer and heart disease.” Protein as a macronutrient does not increase rates of disease, all the experts interviewed for this story agree. In fact, a small 2016 study from the University of Reading found when people with mild hypertension started supplementing with whey protein shakes, their risk for heart disease and stroke actually dropped by eight percent. “Plus, eating high protein combined with a diet rich in fruits and vegetables, whole grains, and healthy fats is drastically different than a high-protein diet rich in highly processed foods, restaurant meals, and minimal produce,” St. Pierre adds. Fuhrman agrees: “You can get all the protein you want—you just have to get more of your protein from plants if you want to promote longevity.”
Is the keto flu real?Life