Are you eating too fast? 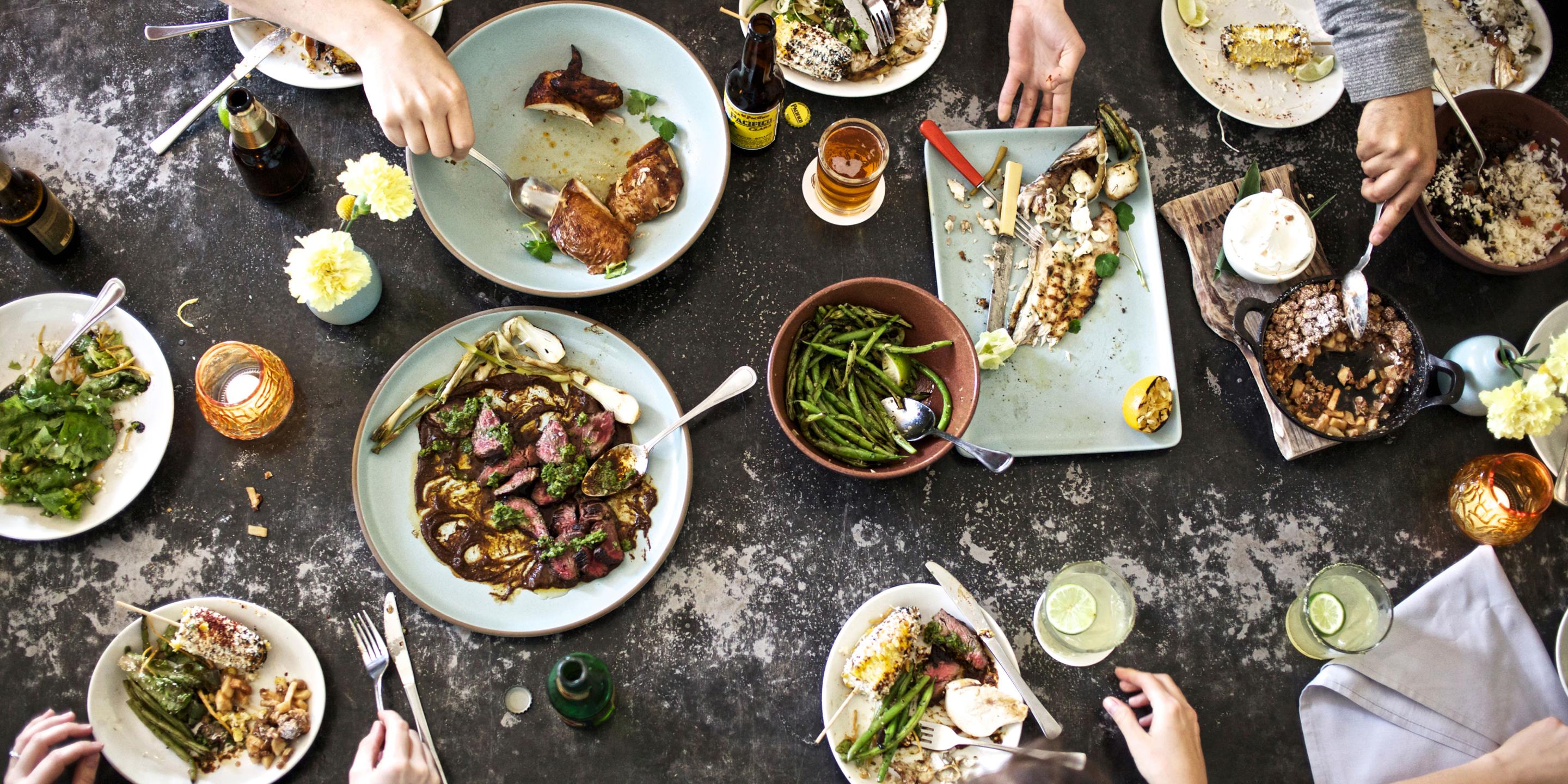 Inhaling your food affects more than just your weight.

While a 20-minute HIIT workout is an effective way to save precious minutes, the one thing athletes shouldn't rush through is meal time. While it may not seem like that big of a deal, devouring your salmon to score the needed nutrients and get on with your day can affect not just your digestion but also your performance.

Even if you already consider yourself a slow eater, chances are you still need to slow down. A healthy meal is between 16 and 28 ounces, says Tracy Lockwood, R.D., a New York City-based nutritionist. That’s four to eight ounces of protein, eight to 16 ounces of vegetables, and four to eight ounces of carbs. The nutritionist-approved pace is spreading a meal out over 20 minutes, which means you should aim to consume .75 to 1.25 ounces of food per minute.

But a University of Rhode Island studyclocked 60 people’s natural consumption and found that even the slowest eaters still ate two ounces per minute, meaning they’d finish a healthy portion in 8 to 12 minutes. Meanwhile, the speediest eaters naturally consumed 3.1 ounces of food per minute, which translates to ingesting a healthy portion in five to nine minutes. (What’s more, men ate roughly 30 calories more per minute than women, with the slowest male eating at about the same pace as the fastest woman).

The Dangers of Speed Eating

You won't absorb as many nutrients.

You’re making your body work a lot harder to break down all the nutrients, and won't absorb as many as a result. “Contrary to popular belief, digestion occurs first in your mouth, not your stomach,” says Lockwood. “The enzyme known as salivary amylase is released and starts to break down carbohydrates, which ensures proper digestion of that macronutrient.”

While everyone should aim to absorb 100 percent of the nutrients from their food, "athletes really need to optimize their absorption since they’re constantly putting their bodies into a catabolic state," says Lockwood. Exercising tears down muscle, which means your body needs shuttle amino acids to those areas for repair, and that takes energy. "If you are not providing your body with enough macro and micronutrients, the process of regrowth and repair won't efficiently take place," she adds.

You could suffer GI issues.

Eating too fast also means you're not chewing your food enough, resulting in larger food particles being consumed. This is a problem since "your stomach has to work harder to break it down into digestible pieces, which can lead to bloating and GI distress," says Lockwood. "Scarfing down food before exercising can also leave you with the latter," adds Lisa R. Young, Ph.D., R.D., adjunct professor of nutrition at New York University.

When you take your first bite, your body releases the satiety hormone, leptin. Once your leptin levels are high enough, your brain signals that it’s had enough calories. But it can take about 20 minutes for this trigger to take effect and actually tell you to stop eating. If you’re dining voraciously, by this time you’ve probably eaten way more calories than necessary, which is why you sometimes feel completely stuffed before you stop eating, Young explains. Even healthy folks eat roughly 100 more calories when they eat more rapidly, according to a study in the Journal of the Academy of Nutrition and Dietetics. And a Japanese study found that over three years, people who ate faster not only had a larger waistline but also a higher risk of developing metabolic syndrome (think: high blood pressure, high blood sugar, and abnormal cholesterol levels, factors that increase a person's risk for heart attack and stroke).

How To Slow Down

Slowing down can actually leave you feeling more satisfied after a meal: In the same Journal of the Academy of Nutrition and Dietetics study, those who slowed their pace actually reported feeling less hungry an hour after the meal started, compared to when they rushed through it.

Here, five tips to help you take your time when eating.

1. Serve smaller portions. Plate a single serving instead of eating from a bigger container. When you have a larger portion in front of you, you eat quicker and you eat more, says a study in Physiology and Behaviour.

2. Avoid distractions. Most of us view eating as a passive activity, something we can easily multitask with watching TV or talking on the phone. But when you eat, you should just eat, Young advises. Focusing on nothing but your meal helps you be more mindful and control your pace.

3. Take 20 minutes to eat. Not only will spreading a meal out over 20 minutes give you time to appreciate the fare, but you’ll reach that mind-belly connection of knowing when you’re truly full. Plus, the study in Gut Liver also found that digestive distress was more common in women who ate a meal in under 13 minutes than those who took their time.

4. Chew each bite 15 times. Chewing your food at least 15 times gets it to the right size and ensures the food is coated properly with enough saliva and moisture to easily pass through your throat into your stomach, says Lockwood.

5. Pause. Lockwood suggests putting your fork down between each bite and sitting back in your seat after five minutes to take a deep breath. “When you eat slower you savor the taste and texture of the food more,” Young says. Taking the time to relish the taste of your food can have positive consequences: Mindful eating can help people lose weight, says a new study from North Carolina State University.