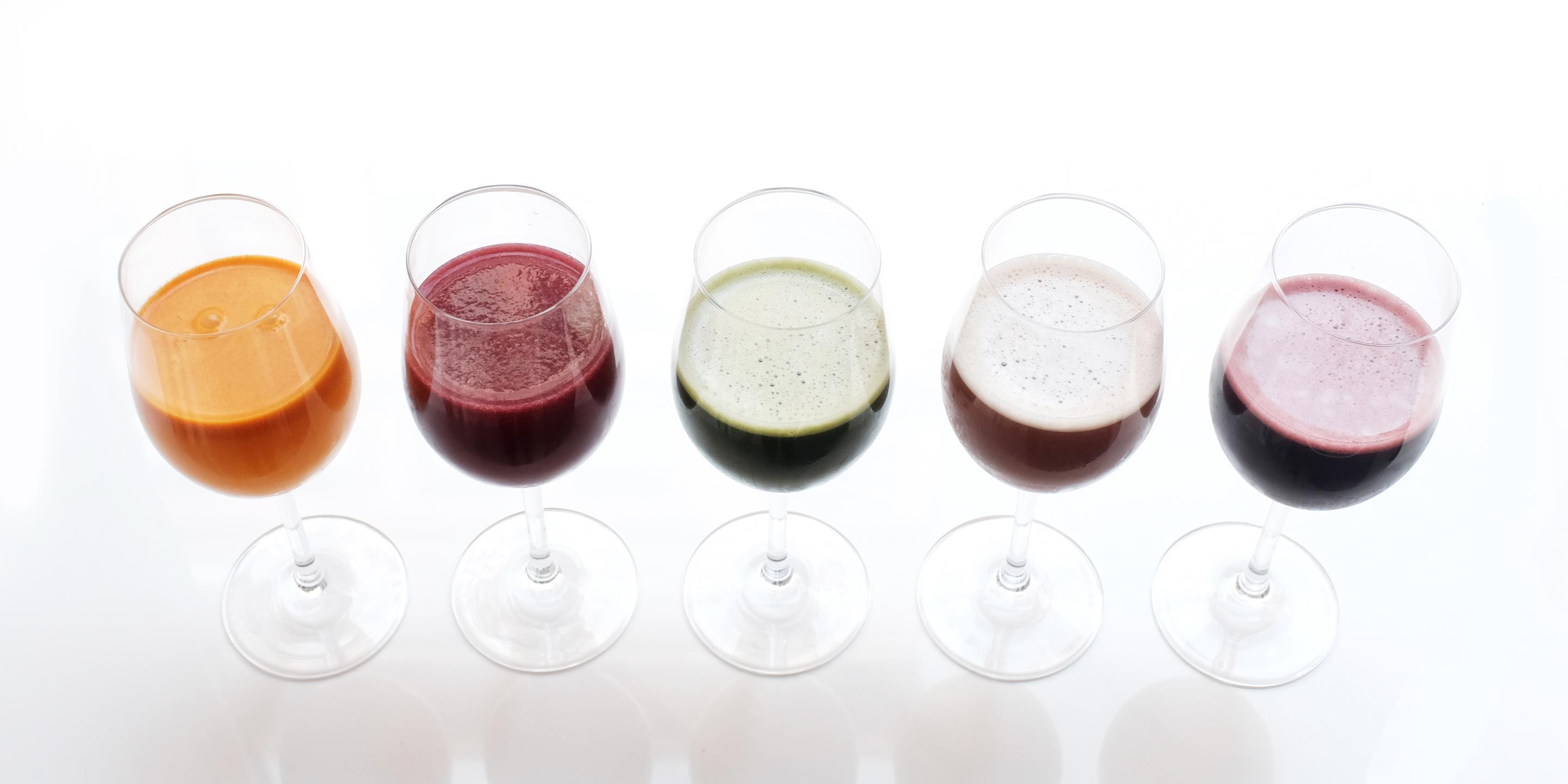 Reap the health benefits of ingredients like rhodiola, brahmi, and more.

One of the most anticipated restaurants to open this year, iconic fine dining French chef Jean-Georges Vongerichten’s plant-based outfit abcV is finally up and running in New York City’s Flatiron neighborhood, wedged between hit sister eateries ABC Kitchen and Mexican-flavored ABC Cocina. At the vegetarian spot, the vision of wellness-connected eating is fully realized with dishes such as the re-imagined Indian kitchari bowl (that replaces rice and legumes with yogurt, then adds fermented carrot, mint, and turmeric) and a poppy orange kabocha squash dip dusted with sumac (a creative play on hummus). However, what truly sets it apart is beverage director Jeremy Mustakas’ drinks program.

Referencing both Chinese medicine and the Indian philosophy of Ayurveda (the belief that food is medicine, and people should eat a wholesome diet according to his/her “dosha,” or body type), Mustakas embraces botanicals for their curative nature. While there’s some fun iced teas (think matcha and coconut water), plus hibiscus kombucha from Monbrewcha in Montauk, it's the five restorative tonics that separate abcV from other juice programs.

“Brahmi is a powerful herb that promotes brain, liver, and kidney health,” explains Mustakas, who incorporates the botanical into his cerebrally titled elixir, which also calls for kale, spinach, ginger, and lime, plus gotu kola, a plant believed to help improve mental clarity.

"The root of ashwagandha is commonly used in Ayuverda to reduce stress and fatigue,” says Mustakas. It adds an earthiness to the flavors of pear and green apple in this drink, which also contains ginseng, horsetail, and pau d’arco, which are the two known for their anti-inflammatory and antibacterial properties.

This tonic features rhodiola, a plant that has “been used for centuries to boost energy and treat fatigue,” explains Mustakas. “It also contains St. John’s wort, which includes the reuptake inhibitor hyperforin, helping regulate mood and restoring emotional balance by improving neurotransmitter function, and albizia, the bark of which has been used for centuries as a calming sedative to treat insomnia,” adds Mustakas. "That’s paired with antioxidant-rich black current juice and tangerine for a boost of vitamin C."

“An extraction of damiana, a wild shrub that has been used as a nerve relaxant, digestive stimulant, and an aphrodisiac,” is used in this elixir, says Mustakas. “The diamana leaf was used by the Mayans to treat asthma, and is a very good source of apigenin, which promotes anxiety-reducing effects and can be used a sedative in higher doses.” Combine that with elderberry, “a super-detoxifier that boosts immune function, and catuaba, a central nervous system stimulant that is one of the Amazon’s most popular aphrodisiac plants,” Mustakas adds, in addition to potassium-rich blood orange juice and earl grey tea and you have a heart-opening refreshment.

Grapefruit and pomegranate-spiked 'Spirit' “contains an extraction of blue lotus, a beautiful bright blue ancestral flower that has been known to promote deep meditation and a calming, mood-enhancing state," notes Mustakas. Skullcap, a plant popular in Chinese medicine, used to treat “allergies, inflammation and headaches, and kava, whose anxiolytic properties can help combat stress and anxiety” rounds out the tonic.