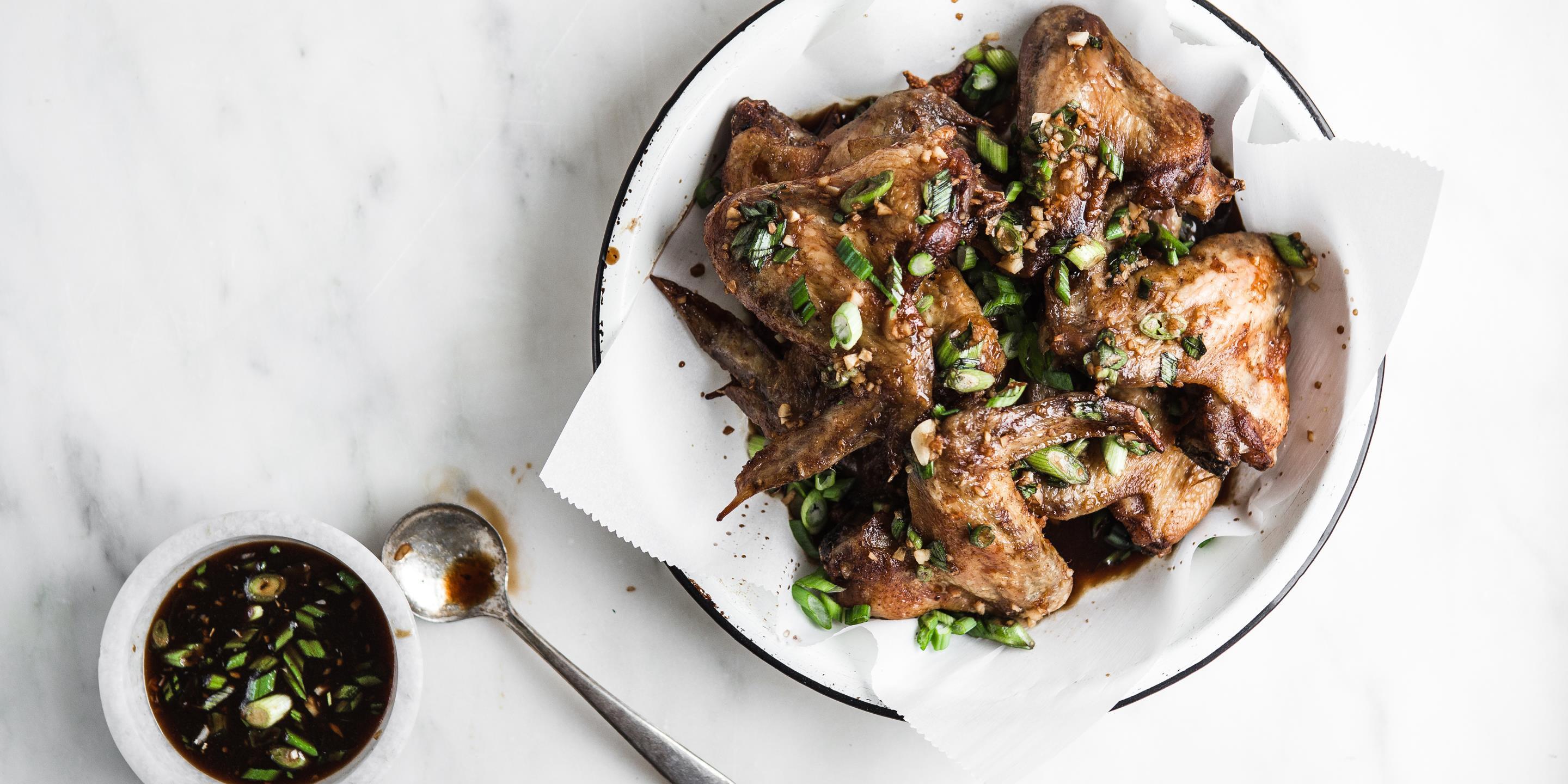 On Sunday, hundreds of thousands of fans will gather to watch the Atlanta Falcons and the New England Patriots face off in Houston’s NRG Stadium for Super Bowl LI. Regardless of who you’re rooting for (or if you’re only in it for the commercials), one thing is certain: there will be plenty of food.

Here, Taste of the NFL host Richard Blais, and three participating chefs weigh in on how to have a memorable Super Bowl party.

“There are a ton of creative ways to add vegetables to things that you love, like bbq, wings, or nachos,” says chef Richard Blais. “For example we serve Cauliflower Nachos at [my restaurant] Juniper and Ivy. We make ‘chips’ out of cauliflower and load it up with all of the flavors you expect to get in nachos.”

For a flavorful, bright green dip, try this minted pea onefrom chef John Howie (Seattle Seahawks). It has tahini, sesame oil, and a lot of fresh mint. Try to use fresh peas if you can, but frozen ones work just fine, too.

Use a dry rub.

“People love chicken wings, but that can be trouble because the sauce often contains a lot of butter,” explains Howie. Instead, he suggests using a dry rub and roasting them.

“I like doing a Poached Chicken and Zucchini Saladwith truffle vinaigrette. So simple, but so flavorful,” says Rathbun.

“We’re the ‘Dirty Birds,’ so why not use a dirty bird?”, asks Rathbun. “I’ve always liked game of all kinds such as duck, quail, and venison. The quail we're serving at TONFL is stuffed with roasted parsnips and served over slow-cooked yellow onions that have been puréed with cream. The cranberry agrodolce is the sweet-and-sour component of the dish. It travels well and I can serve it at room temperature.”

“Cooking pasta to order is interactive and entertaining,” says chef Steve DiFillippo (New England Patriots). “We’re in Houston this year and wanted a lighter dish, so I'm doing a handmade cavatelli. It features fresh black truffles and our house-made sausage, which is really lean. I fly the pasta down that we make in our restaurant. I take two or three fryolators and instead of oil, I put water in and heat it up. That’s how I cook it to order."

“For my very first TONFL, the Seahawks were playing Pittsburgh in Detroit,” explains Howie.Good Morning Americahad a cook-off between the two team’s chefs, and we decided to makeDungeness Crab Dip. We made it in the prep kitchen and left it in the fridge next to Pittsburgh’s black bean dip. My sous chef went to pick it up and it was gone. We ended up making the dip in the hotel bathroom at 3:00 a.m. before the show and we had to use blue crab. We still won!

This year for Houston, we’re serving chili since we’re down south. I’ve been serving this version for probably 20 years and it's predominantly meat-based. It features local Washington Wagyu, six types of powdered chiles (from ancho to habaneros), tomato, and onion. The secret ingredient is pineapple juice. It adds a subtle sweetness, and the acid breaks down the meat and makes it tender. Then we top it with a fresh salsa and fried tortilla chips. If you want to lighten it, try making a 50/50 blend by adding a lean pork loin.”

Make everything ahead of time.

“That’s the key. Treat all of your work at an event as a chef would in his restaurant,” says chef Richard Blais. “With all the food prepared a day or two in advance, all you have to do is warm things up. Then you can do what you want to do: watch the game or entertain your guests. I like to confit my own chicken wings two days before and let them hang out in their own juices. Then, on game day, I quickly toss them on the grill. I don’t necessarily recommend doing this for the health aspect, but it’s delicious.”

Offer a little bit of everything for everyone.

“Just like in the restaurant business, variety is the spice of life. There’s always a vegetarian or a vegan and a non-drinker somewhere. Step outside the box and think about your guests—you don’t want to leave anyone without something to enjoy,” notes Rathbun.

“I’ll get one of my friends to do the grill and another guy to do the bar,” explains DiFillippo. “ We all like to help out and my buddy is so proud of being the grill guy. Plus, it's fun since everyone’s participating. It’s like The Big Chill.”

What we read: Japan is bloomingLife 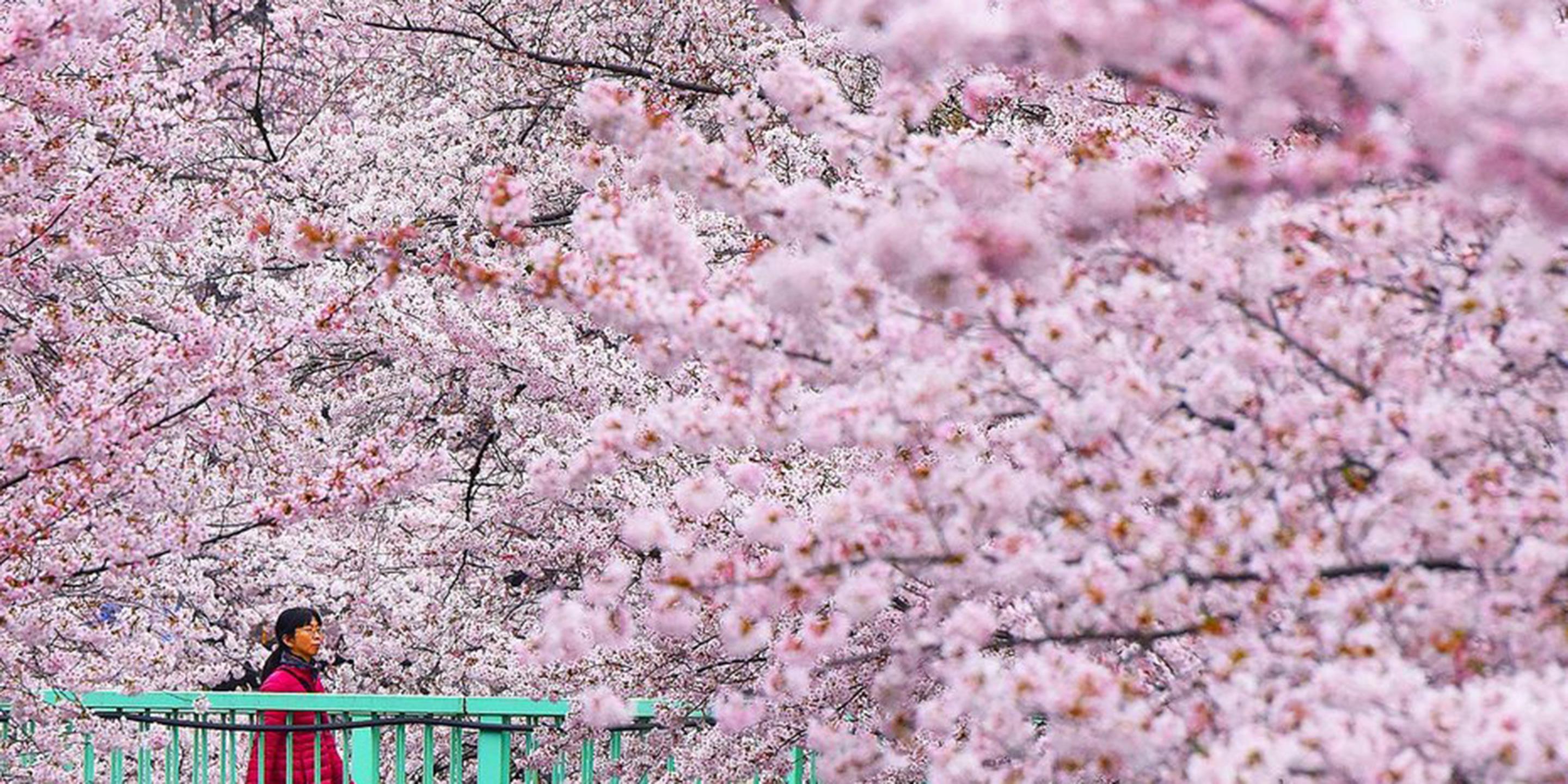