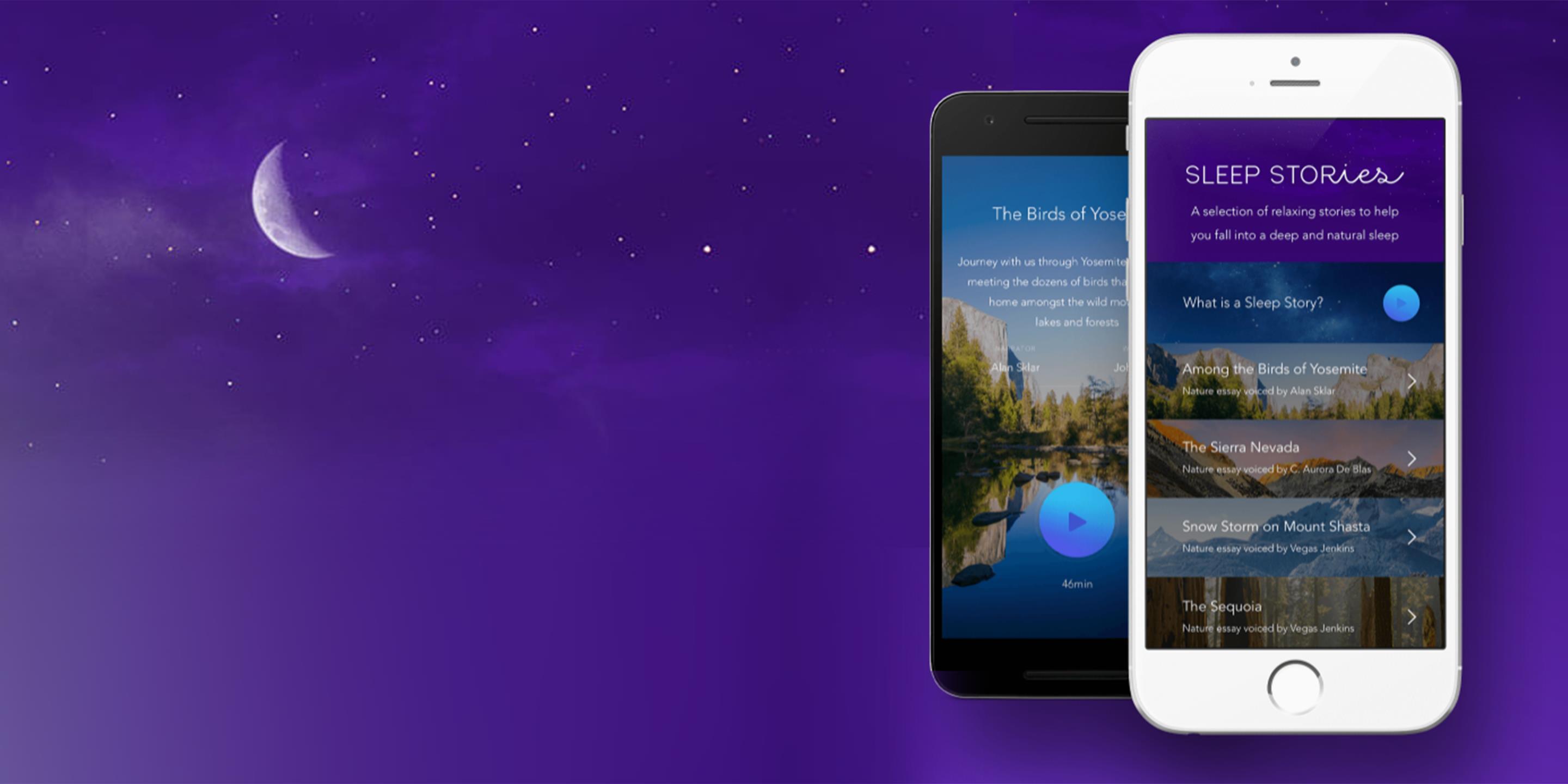 How tech can help you fall asleep faster

Quality shut-eye is key to performing well in the gym. Fit bodies will try anything to sleep more soundly, from fitness mattresses to trackers, though the latest trend is a little more old school: bedtime stories. “We all used to love having stories read to us, being tucked up and cozy. We thought: Wouldn't it be great to do that for adults?” says Michael Acton Smith, co-founder of the meditation app Calm. After studying how people use the app, he realized many users logged on at night, hoping to improve sleep with meditation. But instead of tailoring meditative sessions toward shuteye, he launched a new feature called ‘sleep stories’—bedtime stories designed for adults.

Before bed, you select a 15- to 45-minute sleep story—which could be about music, travel, or nature—press play, set your device down, and close your eyes. It's read aloud by a narrator and shuts off automatically at the end so you don’t have to worry about strapping yourself to a sleep-sucking blue light-emitting device. “So many people are using technology that, even when they fall asleep, the disruption happens all night long. For instance, the Netflix show goes to the next episode or the noise and light of the TV stays on,” says W. Christopher Winter, M.D., the medical director of the Martha Jefferson Sleep Medicine Center in Charlottesville, Virginia.

Of course, crafting stories that land somewhere in between sedative and exciting (interesting enough that you’ll look forward to them, but calming enough that you’ll fall asleep) is a delicate balance, says Smith. Calm addresses this with narratives that start in an intriguing way and transition into a slower, softer pace. Pauses between words grow and the narrator speaks more slowly. “We’re experimenting with a number of different techniques and sound effects to calm the active mind,” he adds.

And whether or not you use this particular app, the idea of a grown-up bedtime story (a short story read to you, not to be confused with an actual book you read yourself) in general is pretty smart. "Just like smells of familiar places, they can bring us back to a calmer and simpler time, helping to bubble up feelings of comfort," says Winter. They also address a common sleep issue: an overly active mind. “Generally speaking, I really like things that distract from our ability to try to sleep,” says Winter. After all: Insomnia isn’t just that you can’t fall sleep, he says, it’s not being able to sleep when you want to sleep and then having an emotional response to that. “A bedtime story helps to eliminate the psychological overlay people put with sleep such as, ‘I’m going to have a terrible day tomorrow if I don’t fall asleep right now,’” Winter says. “Your brain attends to something so that it’s not attending to your fears (either rational or irrational) of not sleeping.”

One word of warning: Relying on something, anything, too heavily in sleep can be problematic, notes Winter. “I'm not a big fan of crutches to sleep—as in ‘I have to have X to sleep.” So, no matter what you’re using before bed (apps, pillows, medications, or scents) make sure you’re using it because it enhances your shuteye and you enjoy it; not because you see it as a requirement for finally finding some rest.