Why exercise makes us cry 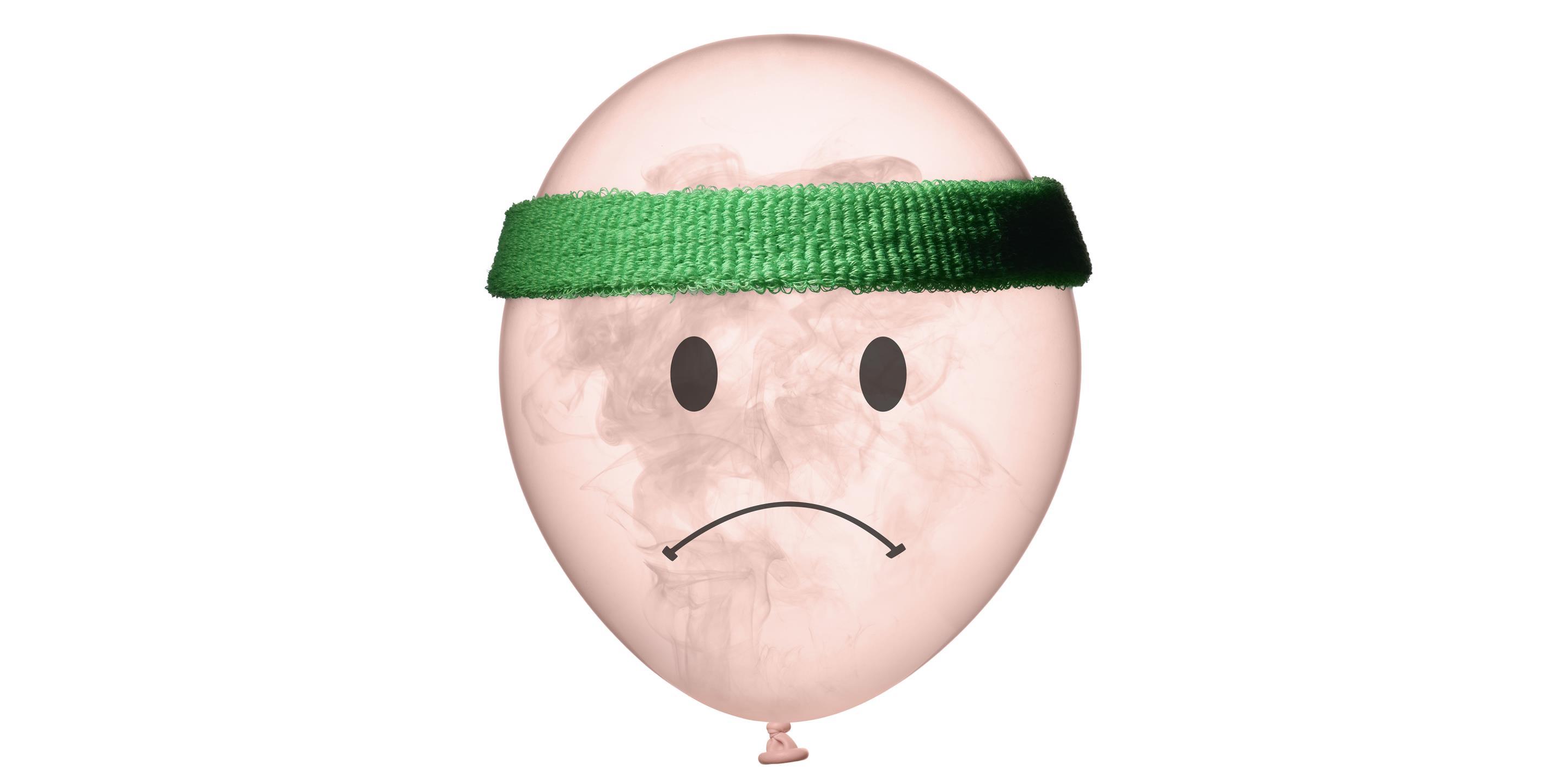 A deep dive into the touchy-feely side of fitness

While exercise is oft cited as nature’s antidepressant, sometimes it leaves us with a similar symptom of sadness (sans the pain): tears.

So why can a solid sweat session leave us wiping our eyes? While there doesn’t appear to be any scientific research on the topic of exercise and crying, experts have their insights. For one: “Exercise can stimulate neurotransmitter activity in the brain, which may lead to increased emotional intensity,” says Jennifer Carter, Ph.D., the director of sport psychology at The Ohio State University Wexner Medical Center.

As neurotransmitters like dopamine, serotonin, and norepinephrine increase or decrease in our brains, we may be more aware of positive emotions like enthusiasm, joy, and euphoria (the well-known ‘runner’s high’), she explains. But we can experience a full spectrum of emotions, too. She, for example, recalls a few times of great stress as a college swimmer when she had to to drain tears from her goggles. “Our bodies can hold tension and negative emotions that can be released during physical activity,” she says. Carter notes she’s heard massage therapists and fitness instructors report that people who have suffered traumas may tap into hidden emotions from touch or movement of their bodies.

Certain workouts might be more likely to leave your eyes soaked, too. “Crying may be more common in exercise that increases awareness, like yoga or martial arts,” she says. While we often try to dissociate from our bodies while we work out—we crank our music or absorb technology as we tune out physical discomfort—mindful exercise allows us to tune into our bodies. “If we're feeling sad or frustrated, we may become more aware of those feelings and cry.”

High-intensity exercise can also open the flood gates, she says. When we’re exhausted, our emotional brain is less inhibited, which implies it’s easier for us to burst out in tears, says Ad Vingerhoets, Ph.D., a psychology professor at Tilburg University in the Netherlands and one of the leading experts on crying. “So, I would expect that, in particular, high-intensity workouts will result in such an emotional release.”

Carter notes that you might also tear up after a great accomplishment or disappointment — hence why Olympic athletes on the podium or elite athlete who barely miss qualifying are often seen with tears in their eyes.

As for who’s most likely to sob? There’s huge individual variance in emotional expression, says Carter. “Those who express emotions more freely will be more likely to cry during exercise.”

But every-now-and-then fitness crying spells shouldn't freak you out. “The key is to accept the emotions as is,” says Carter. “We don't want to judge emotions. Emotions are just part of us and aren't right or wrong.”