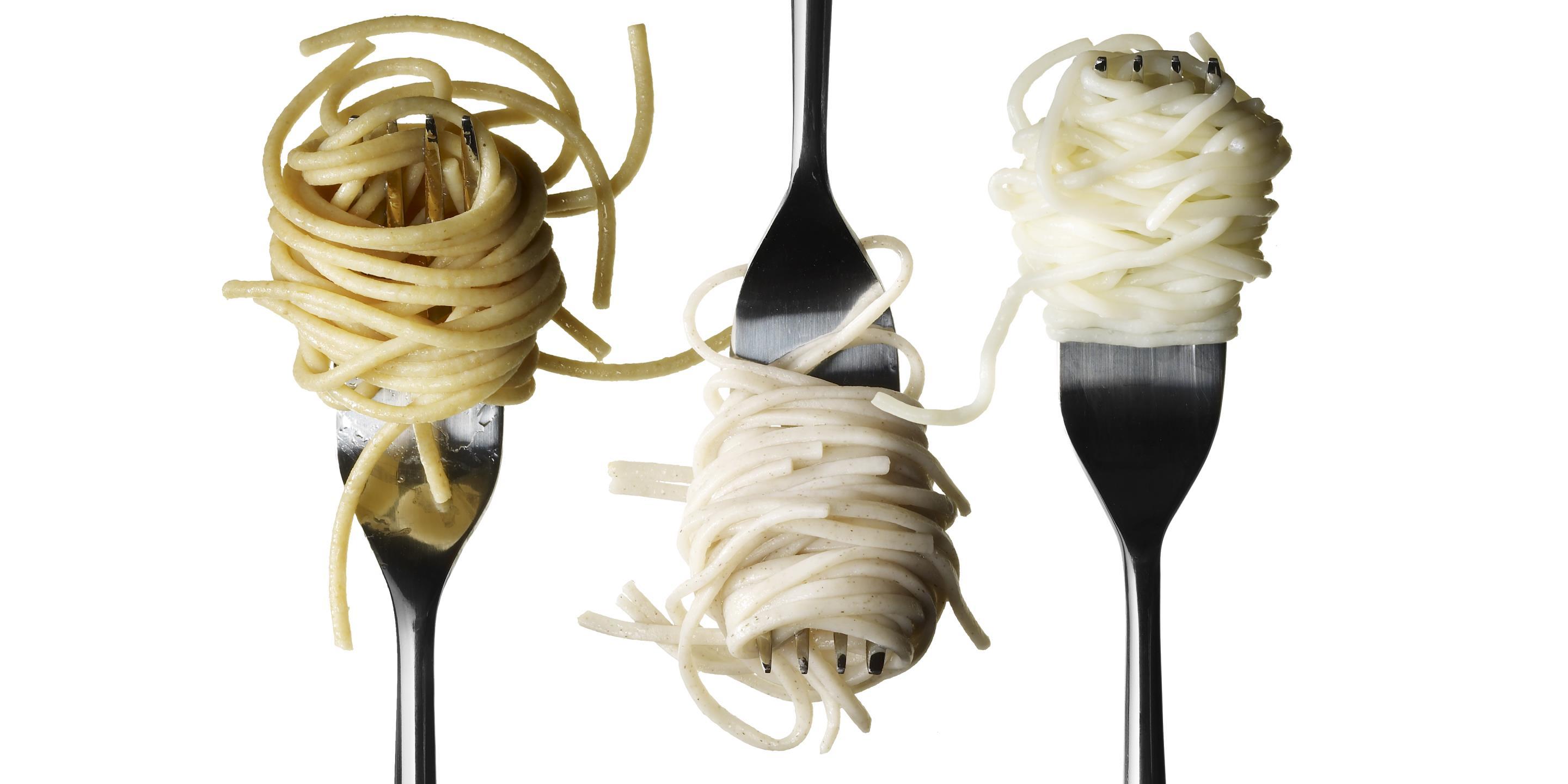 That seemingly eternal question actually traces back to childhood.

In the universe of nutrition science research, there are many open questions: Are GMO foods really bad for you? What's the right amount of protein? How much candy is too much candy?

And yet, last year, multiple scientists spent significant time and intellect re-answering a banal question for which everyone seems to have an endless appetite. Should you be eating whole-grain pasta?

In March,a study found eating whole-grain pasta “promoted fullness and reduced hunger,” which in turn could potentially reduce overeating. In August, another study was published that found eating whole-grain pasta “increased satiety and diminished hunger” compared with eating refined, white pasta. Meanwhile, a meta-analysis that looked at 14 past studies showed that eating whole grains was associated with significantly lower mortality rates in the populations studied. In other words, you eat whole grains, you live a little longer. But that regular pasta won’t kill you, either. That’s what studies continue reaffirming.

Nutritionists aren’t particularly torn on the matter, either. Last year, a Time piece titled, aptly, "Should I Eat Whole-Wheat Pasta?" found consensus among the dietitians polled. As long as it’s made with 100 percent whole wheat, it's better for your health than its white counterpart since it contains the wheat kernel’s bran, germ, and endosperm, as opposed to just the endosperm in refined pasta, explains Robin Barrie, RD, a New York City-based dietician. “The bran contains the fiber, iron, and B vitamins. The germ contains protein, omega-3s, and B vitamins. Although wheat and white pasta have similar carbohydrate content, the fiber helps fill you up—and aids in good digestion and heart health—so you are likely to eat less of it, thus fewer carbs and calories.”

If the answer is pretty obvious, why do we consumers still have an appetite for this story?

One explanation is the somewhat irrational belief that if we re-test the hypothesis enough, at some point we'll get a different answer. Moving on from wishful thinking, it could also be that our psyches are pasta obsessed.

Certainly some people have happy associations with pasta and childhood. “I could see there being a learned behavior if you grew up eating white pasta,” says Jenny Taitz, Psy.D, a New York City-based clinical psychologist. For some of us, similar to Wonder Bread, "it’s a food you associate with being taken care of.” (Not to mention studies have shown eating carbs triggers the production of serotonin, a chemical that boosts your mood.)

So, penne à la vodka is your happy food and then you get older and start to learn that carbs are associated with weight gain and heart disease. So for many of us it becomes a treat. “The foods that we label forbidden tend to be the ones we feel really emotional around,” Taitz says. “Almost inevitably, when I ask people about trigger foods, they’ll mention a lot of carbs.”

Unlike GMO's, whole-wheat versus white pasta isn't an open question waiting for an answer. It’s that genetically modified foods don't give us the warm fuzzies like buttered noodles do.

The truth is simple: sure. Instead of focusing on the same tired question—whole wheat or white?—over and over, you can feel confident in the knowledge that yes, whole-grain pasta is better for you, but no, you don’t always have to choose that option in order to live a healthy life.