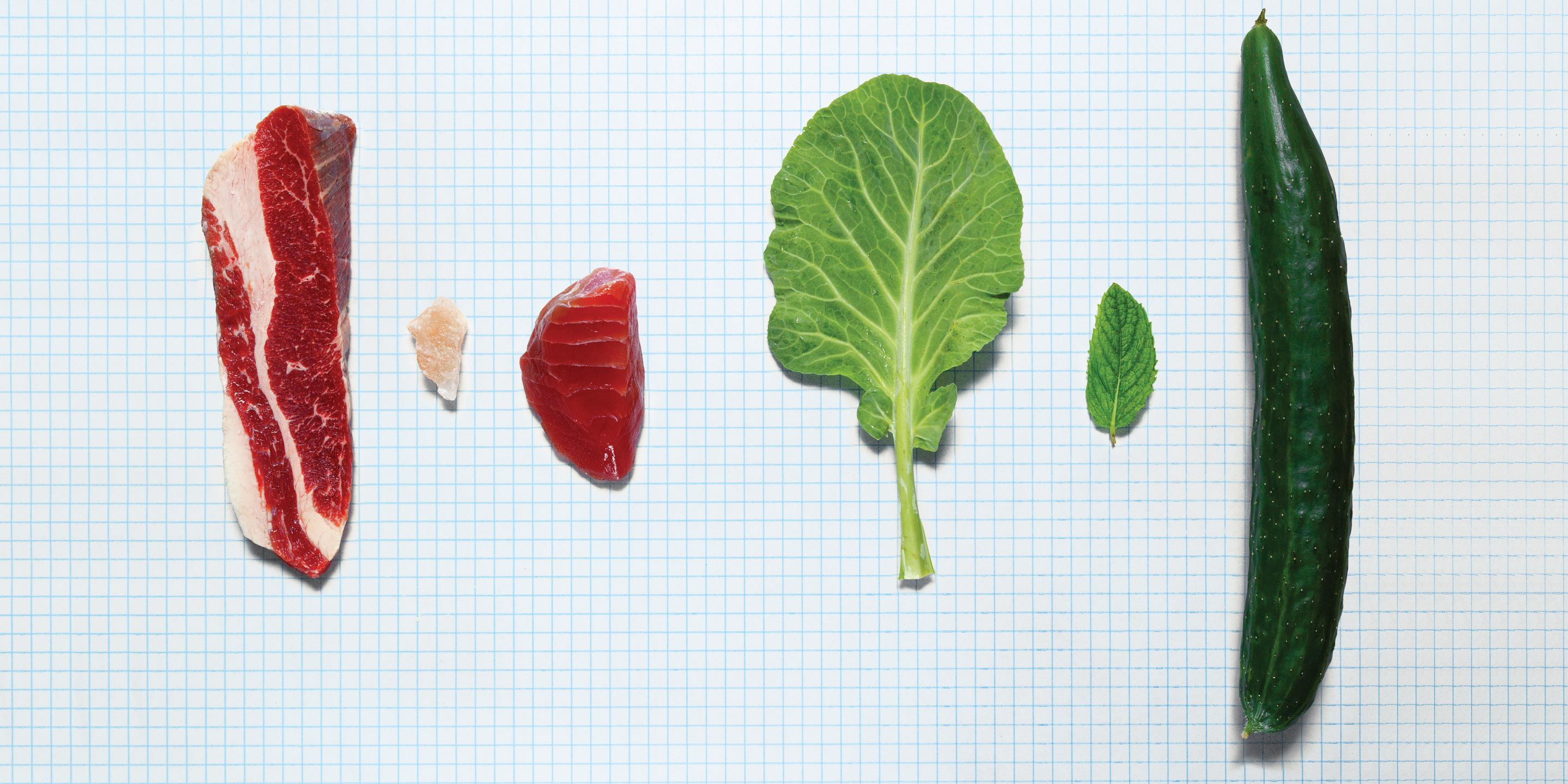 Each time you step into the kitchen, you are something of a chemist. That's the argument that Ali Bouzari, Ph.D., a culinary scientist and cofounder of Pilot R+D, a culinary research and development company, argues in his new book, Ingredient: Unveiling the Essential Elements of Food. This isn't a cookbook, per se. Instead, it seeks to explain, on cellular and molecular levels, how preparing and cooking foods actually works. Each section includes a few cooking hacks to make you a better chef (for instance, if you want to sedate garlic so it's less overpowering, blanch or pickle it before using). These concepts and more are the reason foods taste the way they do and affect our bodies in different ways. For a taste of what we mean, here's an excerpt:

When light bends and shifts, we see color. Anything that bends light the right way will create colors. In food, color can come from scraps of lipids, sugars, and other ingredients, but minerals give us one of the broadest palettes of colors to paint with.

Two of the most common colors in food are green and red; both are made possible by minerals. Iron and magnesium sit in the middle of two types of pigment molecules: heme (found in hemoglobin and myoglobin) in meat and chlorophyll in plants. These pigment molecules are shaped like solar panels, precisely tuned to interact with light. The mineral sits at the center, anchoring the array and holding everything together. Any jostling of the mineral will change the shape of the pigment, which changes its color.

Acid can kick magnesium out of chlorophyll, which turns the chlorophyll brown. This can happen slowly, like when a salad gets dressed too early, or quickly, as broccoli simmers in a pot of tap water, which is acidic in a lot of places. Acid from the cooking medium isn’t the only danger—there are natural acids inside plants that move around and wreak havoc during cooking. This is why adding baking soda keeps things super green—baking soda neutralizes any acid that may be lurking, whether in the pot or in the broccoli itself.

Keeping cooking times to a minimum also helps preserve the green color, since magnesium is more likely to slip out of the chlorophyll when it gets hot and excited. Acid and heating can change the color of red meat as well, but much more quickly. Not only is the iron vulnerable, but also the pigment built around it is made of protein, which has its own sensitivities. This is why marinated meat turns brown on the surface and why meat goes through a spectrum of changes, from red to brown, as it cooks. Iron even calls the shots in meat color before cooking ever starts. Iron exists in blood to serve as a vehicle for carrying oxygen around, and the color of the pigment acts like a signal for how much oxygen there is. Meat wrapped in plastic or packed in a vacuum-sealed bag can become dull and gray. Oxygen in the air is why meat blooms back to rosy life after sitting on an open counter. Some butcher shops flood their display cases with oxygen to enhance this same effect. There are entire industries dedicated to preserving the color of meat and vegetables, and most of those techniques revolve around these same principles—keeping the minerals in those pigments happy and where they should be.

This article is excerpted from Ingredient: Unveiling the Essential Elements of Food by Ali Bouzari, available September 27 from Ecco, an imprint of HarperCollins.