Should you run barefoot on the beach? 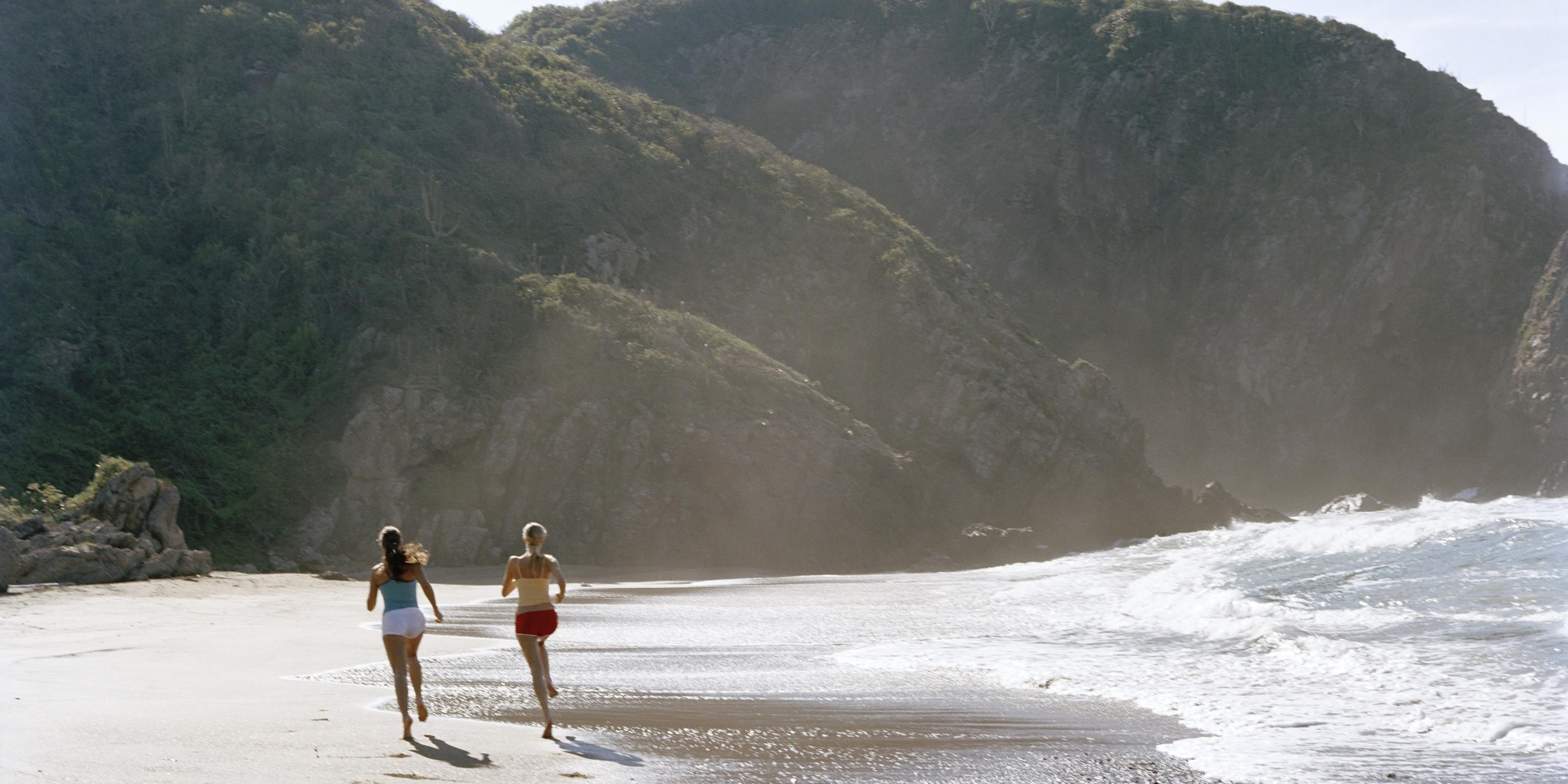 It's an exceptional workout that sounds idyllic, but it comes with caveats.

By now you've probably figured out whether barefoot running is for you. But what about when you're at the beach?

Running on sand is notoriously tough, which is what makes it a great workout. Sinking feet and shifting sand activates muscles and tests balance in a way that miles spent on pavement don’t. And the nature of the terrain raises an important question: should you go barefoot or shod?

Not surprisingly, experts say it depends on the individual and his or her running pattern. Mid- and forefoot strikers have a lower incidence of injury running barefoot because the calf muscles, which take on most of the impact from the ground, act as shock absorbers, says Mark Klion, M.D. a New York-based orthopedic surgeon and medical director for the New York City Triathlon. So those strikers who practice good form can probably safely run shoeless on the beach.

Heel strikers have to be careful, since they put more force on the bones in their legs, knees and hips—even on soft surfaces. They may want to throw on shoes, or start transitioning to mid-foot striking. “The change period has to be very slow so that all of the tissues, bones, tendons and ligaments adapt in a safe fashion,” says Klion.

Anyone running along the ocean will notice a tilt to the running surface as the sand angles down toward the water. This will throw off your body mechanics since your hips aren’t parallel and the up-and-down distance of your legs will be different, Klion says. If that bothers you, especially when going on longer runs, a pair of shoes provides a little more foot and ankle stability, which is helpful for injury prevention. And a shoe has greater surface area than a foot, meaning you don't sink so far into the sand, making it slightly easier on beginners. Or perform sprint intervals from the water to the top of the sand (perpendicular to the shoreline) for a riff on hill work that will keep your hips pretty parallel.

David Siik, Equinox's national manager of Precision Running, says barefoot athletes who lack experience or guidance risk tibial strains, stress fractures, shin splints, arch issues and more. To avoid this, start with shorter beach runs, about once a week, and build up to two days a week of barefoot training while continuing with your laced up runs to encourage improved strength while reducing injury occurrences.

Shoes or not, you're lower half is going to feel it. Spend some time stretching out your feet and legs, then get on with the leisure part of your beach excursion.