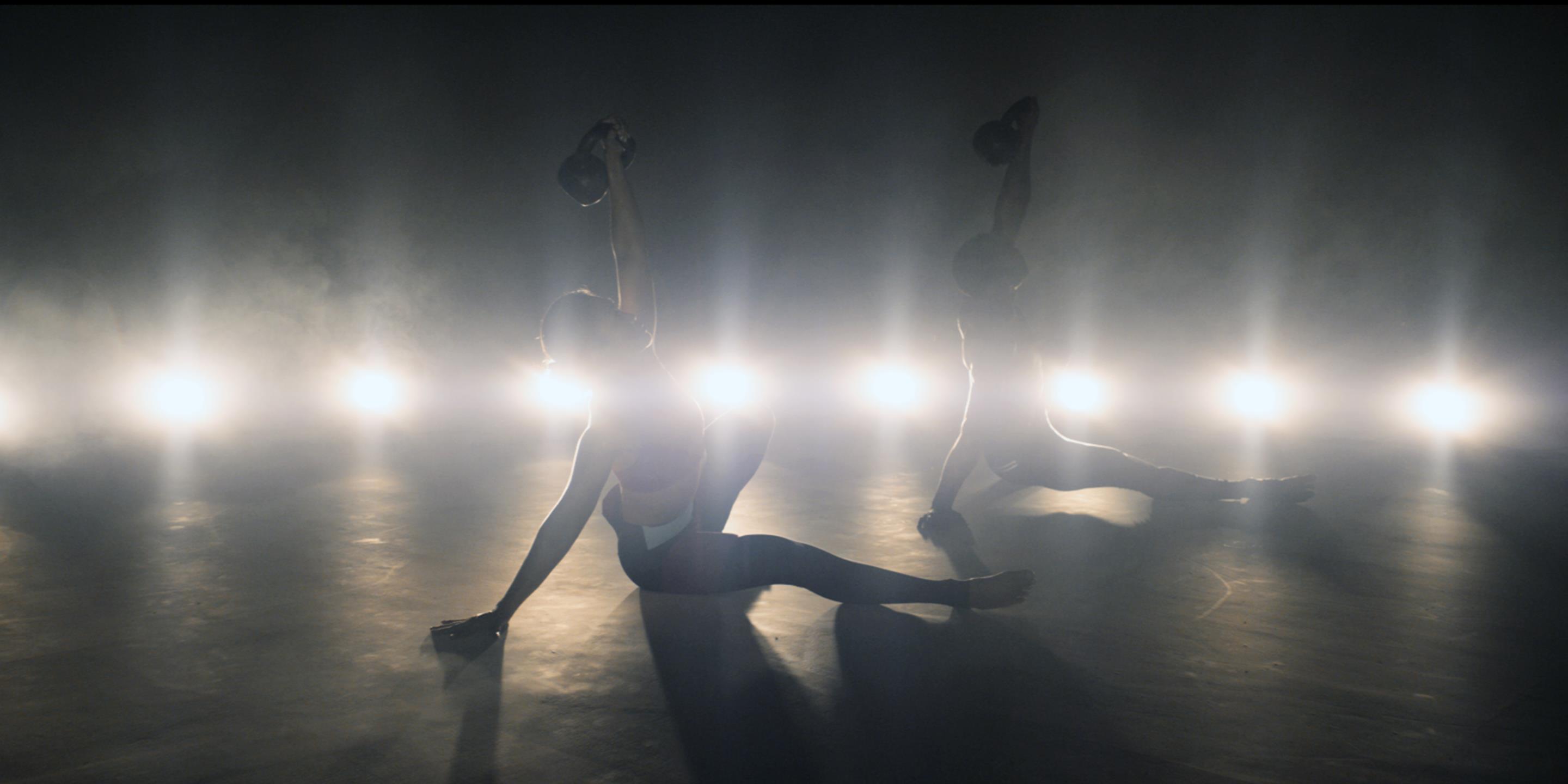 In the sequel to their striking ViPR flow, trainers Maria Callanta and Dennis Codrington fuse kettebells with choreography.

The last time we met the Power Couple, Tier 3+ trainer Maria Callanta and Tier 4 coach Dennis Codrington, they showcased the versatility of one of their favorite training tools, the ViPR. The rubber cylinder remains an integral part of their regimen thanks to its ability to recruit multiple muscle groups synergistically, correcting imbalances and providing a total-body strength workout.

But it’s not an exclusive relationship. “We happen to love the kettlebell because it delivers strength, power, conditioning, mobility, flexibility and yes, fat loss too, when used for 30 minutes or less, 3 or 4 times a week,” says Callanta. “As a matter of fact, during our training for our ViPR video, we used the kettlebell in our strength and power sessions. We even used kettlebells on set to warm up and reinforce movement availability.”

Below, Callanta and Codrington share their five rules of kettlebell success:

(1) Do your prep work:Despite the convenience factor, you shouldn’t grab a bell and swing with abandon. “At the beginning of each practice session, whether we're using the VIPR, kettlebells or barbells, we always get some soft tissue and breath work in first,” says Callanta. “We get into locomotion and reactive drills—like we do in the beginning of the video—crawling in multiple directions. It’s a fun way to start a workout but more importantly, it wakes up the senses, gets your blood flowing and heart rate up and establishes the relationship with the ground that most of us have lost now that we sit at desks all day.”

(2) Practice patience: “When it comes to kettlebells, or any tool for that matter, Maria and I always preach patience,” says Codrington. “Take the time to learn how to work with the bell instead of against it. For example, before performing the Turkish get-up like we demonstrated in this video, try performing a few reps unloaded and learn proper shoulder stability in each position. It may take more time but the pay-off is stronger lifts with a heavier bell.”

(3) Factor in some Animal Flow:At the end of each session, Callanta says, they incorporate exercises that counter the movements they’ve performed. “Lifting and swinging may require you to activate and shorten muscles,” she says. “That’s why at the end of each session, and sometimes as an active rest circuit within the workout, we work in movements like Animal Flow which promote length in all the front, back, lateral and spinal lines.”

(4) Don’t go it alone (all the time):Sure, training together provides this real-life couple with some much-needed QT. But there’s a benefit to using kettlebells with a partner—specifically, the ability to spot for form. “Some of our drills are put together in an "I go, you go" fashion, which makes the task more fun and achievable rather than dreadful,” says Callanta. “Plus, we can easily spot each other’s form as we manage fatigue, all the while maintaining integrity in our movements. In the three years that Dennis and I have been working together, we've both reached a point where feedback is taken constructively rather than destructively. We are highly competitive against each other, which sometimes really ups the ante on intensity!”

(5) Be sure to move in all 3 planes:The ViPR offers this training benefit, and so does the kettlebell. But as Callanta points out,it is not the equipment, but the plan that delivers success. “No matter the tool, your goal should always be to express movement in all three planes of motion,” says Codrington. “The human body is a highly integrated system that functions in way of movement patterns and not in isolation. We should veer away from thinking of solely working our core, arms, and chest and consider what movement pattern is involved and/or the demand on the tissue. The movements in this video showcase our athleticism but they also embody this very concept.”

The right way to use a TRXBody