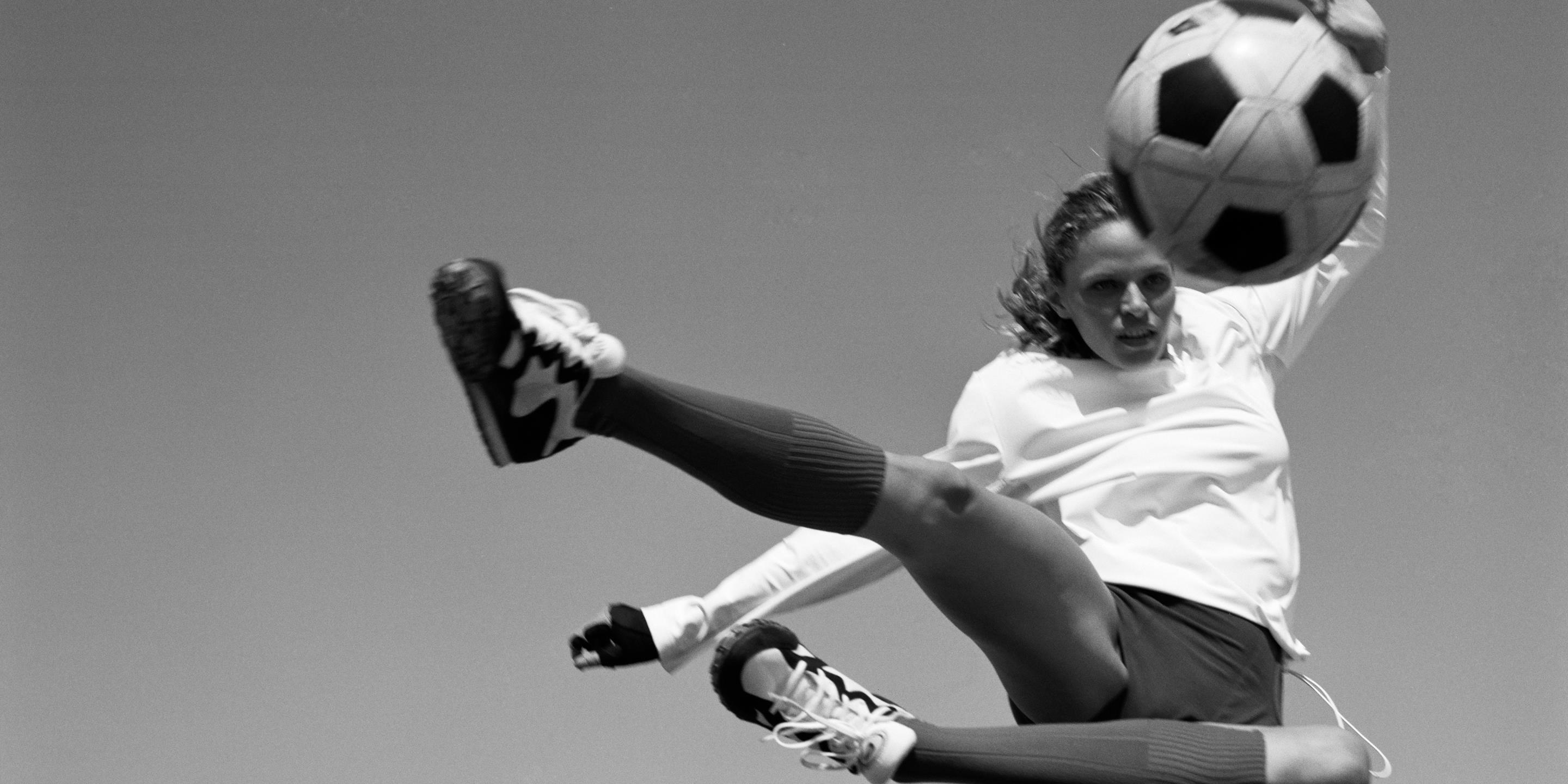 This month, the FIFA Women’s World Cup will land in Canada for a month’s worth of summer competition among some of the strongest sportswomen in the world. Pay close attention and you’ll notice that not only is soccer one of the most popular—if not beleaguered—sports on the planet, it’s also one of the most challenging.

Studies show that elite football players have brains more equipped to process visual scenes and perform high-level cognitive tasks. They also have better eye-muscle coordination than other athletes and non-athletes; hearts strong enough to run an average of 6 miles per game; and bodies tough enough to endure 90-minute matches.

But it’s not just the fittest of the fit who see perks: Research also suggests that soccer beats out other forms of cardiovascular exercise and can even help manage blood pressure and diabetes. We tapped the U.S. Women’s National Soccer Team’s Fitness and Sport Science Coach, Dawn Scott, to find out how she trains the pros.

While soccer games may last 90 minutes, you’re not running at one pace for the duration of the game, says Scott. “It’s not like training for a half marathon.” You need an engine that can chug for that long, sure, but players are sprinting 5 or 10 yards, then walking or jogging. “Your successful players are the ones who can do a 5-yard sprint, then 20 seconds later do another,” says Dawn.

The type of training Scott does with the team reflects that: “distance without losing speed and recovering quickly.” One suggestion: “20 to 40-minute intervals that mimic the game: 4 to 5 sets of bouts of 4-minute high-intensity blasts, with 2 or 3 minutes of recovery.” Another favorite: “two sets of running from the edge of one penalty box to the other with 15 second breaks in between up to 16 times.”

When you think sprinting, you probably think legs. But Scott says that activating your glute muscles is an important element of a successful sprint. “We make sure that everyone engages their glutes in the right way by making them strong,” she says. Get there by mastering a Single Leg Russian Deadlift (RDL).

planks help them shift gears on the field.

Says Scott: “If you’re not strong in the core, you can’t decelerate and accelerate appropriately.” Switching your core on in the right way is key — and one of the best ways to practice that is with a basic plank, says Scott.

How to do it: Lie prone on mat. Place forearms on mat, elbows under shoulders. Place legs together with forefeet on floor. Raise your body upward by straightening body in straight line. Hold position for 30 seconds, then rest and lower to the floor. Rest for 1 minute. Do 3 to 5 times total. Build up to holding for 60 seconds.

Many of soccer’s finest moments involve just one leg: a kick, a deke, or a jump. But building strong balance is also an important aspect of defense. “I always like to incorporate upper body and balance exercises so players are able to shield the ball or withstand and hold off the force of other players during a game,” Scott says. In a recent physical game against Mexico, she says it was the girls’ ability to hold their ground and stay on their feet that helped them win. Get there with a single-leg balance, suggests Scott.

How to do it: Stand on your right leg, and with your left foot off the floor, pull a soccer ball with the sole of your left foot all the way round your body without putting that foot down. When the ball is back to the start switch legs. Do 6 to 8 reps each leg. Do 2 to 3 sets total.

“If you’re doing any kind of speed work, start with a different cue every time,” says Scott. Have someone stand behind you and sprint when they tap your back, wait for a ball to be dropped, or for someone to raise an arm. “In a game, you rarely ever react to someone calling something out or telling you to go — you have to react to the ball and the players. Training for that can help prepare you.”

they use buzzwords for motivation.

“In the first 5 or 10 minutes of a game it’s important to remain calm,” says Scott. But playing for a crowd of 30,000 isn’t just nerve-wracking — it’s loud. And that means that sometimes Scott can’t always communicate easily with the team. That could be why some of the girls write buzzwords that relate to their own performance or position on tape wrapped around their arms. It makes sense: Studies show that writing down goals or memos can up your chances of success.
7 drills rugby players swear by