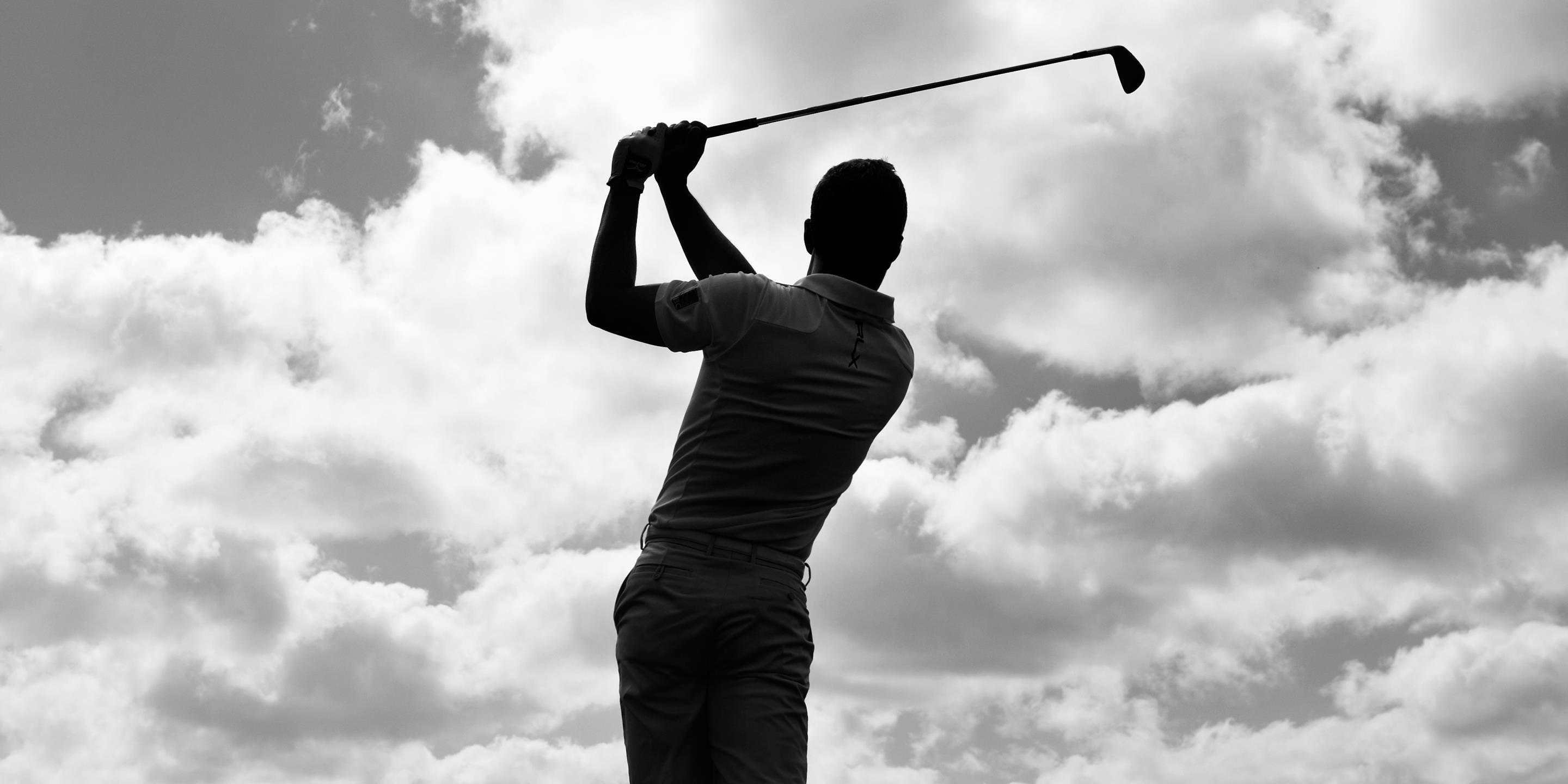 An advisor to the pros shares four performance-enhancing strategies.

The golf swing may be a feat of athleticism, but golf is first and foremost a game played between a golfer and his mind. “Golf is analogous to life,” says Peter Crone, founder of Be Alive, Inc, who has helped PGA and LPGA players harness mental energy to improve their games. “The degree to which someone is focused on the past and future is the degree to which they're not focused on what they're doing now.”

In other words, it's distraction that keeps golfers from achieving prime performance. Instead, most land in what Crone calls “a lovely little vicious cycle:” They think about a poor outcome, which elicits fear; that fear cascades and becomes the precursor to physical tension, which disturbs the sequencing and timing of the golf swing; and this leads to a poor outcome, which proves that fear was the right instinct in the first place. And on it goes. So how can you still your mind and hit it right down the middle? Crone shares some pointers.

(1) Practice sitting quietly.
Call it meditation, call it quiet time: Take at least five minutes a day to sit silently with your eyes closed. “Do what I call LSD: long, slow, deep breathing—in through the nose and out through the nose or mouth,” Crone says. “Focus on exhaling to the fullest extent, which will create more physiological and psychological space in the body.” After five or ten minutes of deep breathing, you should find yourself in “a state of complete relaxation—the state you want to be in when you play golf.”

(2) Remember your meditation mentality at the tee.
When you get to the tee, emulate the feeling you had when you were meditating. “By shifting your mind, you’ll go from thinking to feeling," Crone says. "You'll become more engaged with your physicality—your grip on the club and your stance—and you’ll begin to relax.”

(3) Create a “swing mantra.”
Whittle all your technical points into one pithy, specific phrase that you say to yourself before you begin your takeaway. “In vedic meditation, we use a mantra as a way of focusing on one thing and preventing distraction,” according to Crone. “In golf, it also becomes the trigger for everything else.” Using a swing mantra like “low and slow,” for instance, will remind of you of how you should swing without miring you in details.

(4) Stop fixating on weaknesses and negative outcomes.
“Humans define themselves, subconsciously or not, by what they lack,” Crone says. “Even the belief that your handicap is a particular number is a limitation that your mind will attach itself to—and will try to make true.” We're also primed to expect the worst. In the days before a big tournament, for instance, Crone asks pros how they’d feel if he told them they were going to win. “Invariably they smile, they drop their shoulders, they loosen up. It shows they're carrying future anxiety—tension, concern and stress," says Crone, who counsels clients to be aware of these tendencies and to instead focus on the physical moments at tee. After all, he says, "no matter how much a golfer thinks about his results, it won't help him win."