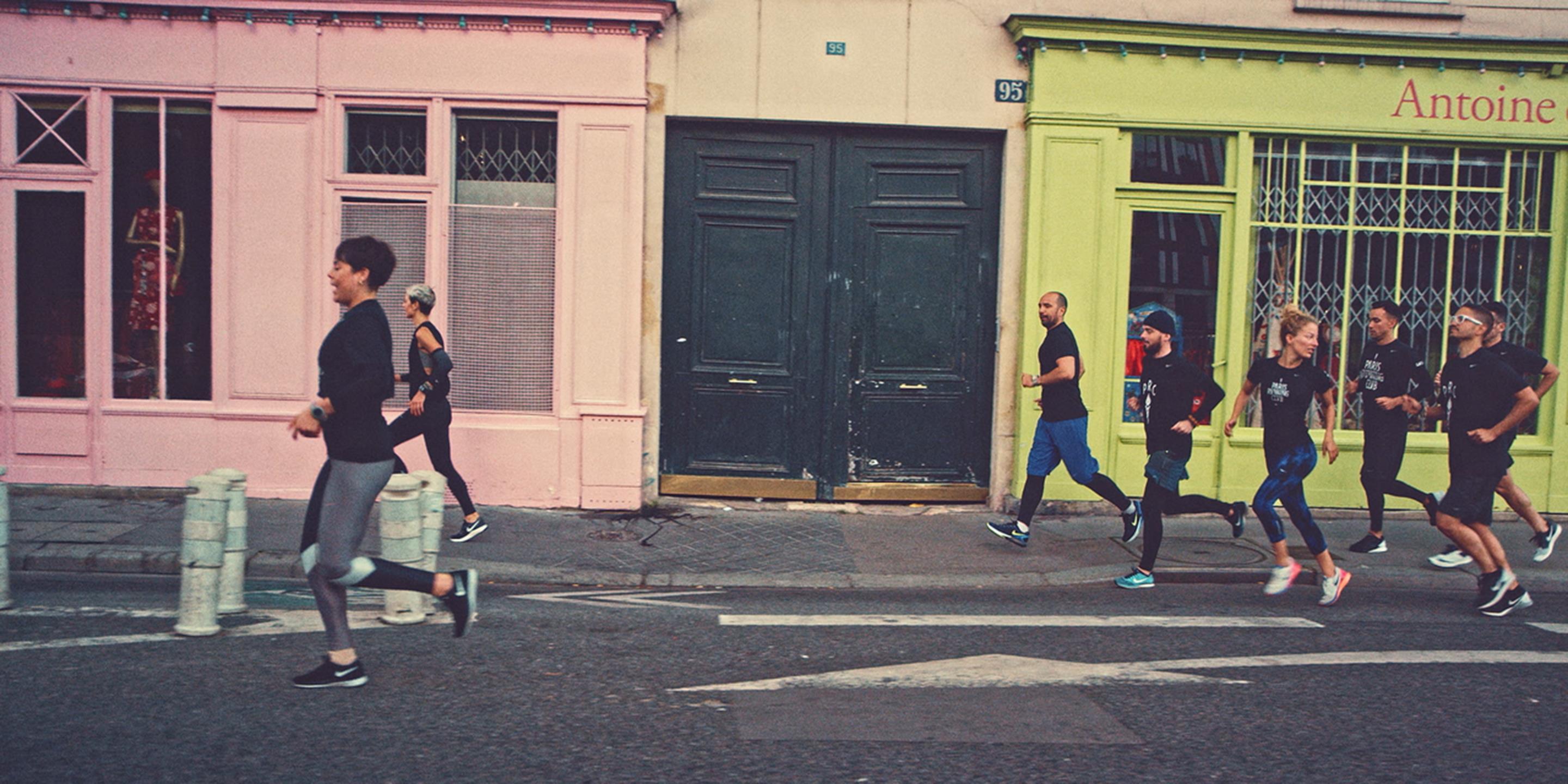 Straight-laced pace groups they are not: Meet are the tastemakers of distance running.

There’s a movement afoot, literally, advanced by tribes of runners in the endurance racing scene who vehemently eschew the label of a running “club” for a more ethos-driven existence that is bonded by sweat and high on endorphins.

This is the Running Crew Movement, thriving in cities like NYC, Paris, and London, where marathons are a lifestyle and running shoes are the global equalizer. Comprised of ultramarathoners and novice runners alike, running crew members are uniquely situated at the intersection of sport, culture, and fashion. DJs run with photographers, next to artists and street wear designers, wherein cultural trends are explored through the lens of athletics. The marriage of the sport and fashion is seamless because, for them, running is a lifestyle.

“In the words of KRS One, ‘you have to have style and learn to be original,’” says Charlie Dark, poet, writer, DJ, and founder of London’s Run Dem Crew. “Crew” versus “club” may be a semantic difference for some, but Dark explains “running clubs are concerned solely with running and, primarily, with the fastest people in the running club, whereas ‘crew’ is about family first and foremost and the running is actually secondary. Crew is about supporting and elevating everyone in your crew, particularly newcomers, beginners, and making everyone the best that they can be.”

Social media fosters the frenetic energy of the running crew culture. Live tweets from training runs create a virtual training environment. From substantive training advice to inspirational messaging, this visual cacophony creates a drum beat leading up to race day that’s echoed in every Instagram snapshot. However, as Dark explains, “just because you wear a crew shirt and stop mid-way through your run to take a picture, doesn’t make you a crew. The question is—what are you here for? What do you stand for? This movement started about community. It’s still about community.”

Crew miles birthed Bridge the Gap, where crews converge on a pre-selected goal race hosted by that city’s members. The culmination of each Bridge the Gap event, most recently in held in Copenhagen by the NBRO crew, is a DJ battle with a music set by each city in attendance. The ethos: train hard, run harder, and play hardest. In New York City, the BridgeRunners, founded in 2004 by downtown legend Mike Saes, charge the streets every Wednesday, pouring sweat across intersections with reflective “BR” logos emblazoned on their chests. For athletes such as these, the city is a training partner and courage is contagious.

Irrespective of physical distance, the self-selecting running crew members have forged international bonds. As demonstrated by the running community at-large, this connection was paramount after the Boston Marathon bombings. Social media platforms buzzed with the hashtag #crewlove and #bridgethegap as news ricocheted via posts from Toronto’s Black Hoods, NYC’s Black Roses, Moscow’s RURC, and on it went as the news traveled. This runners’ world is more than fitness or posturing, it’s family, because iron sharpens iron mile-by-mile.