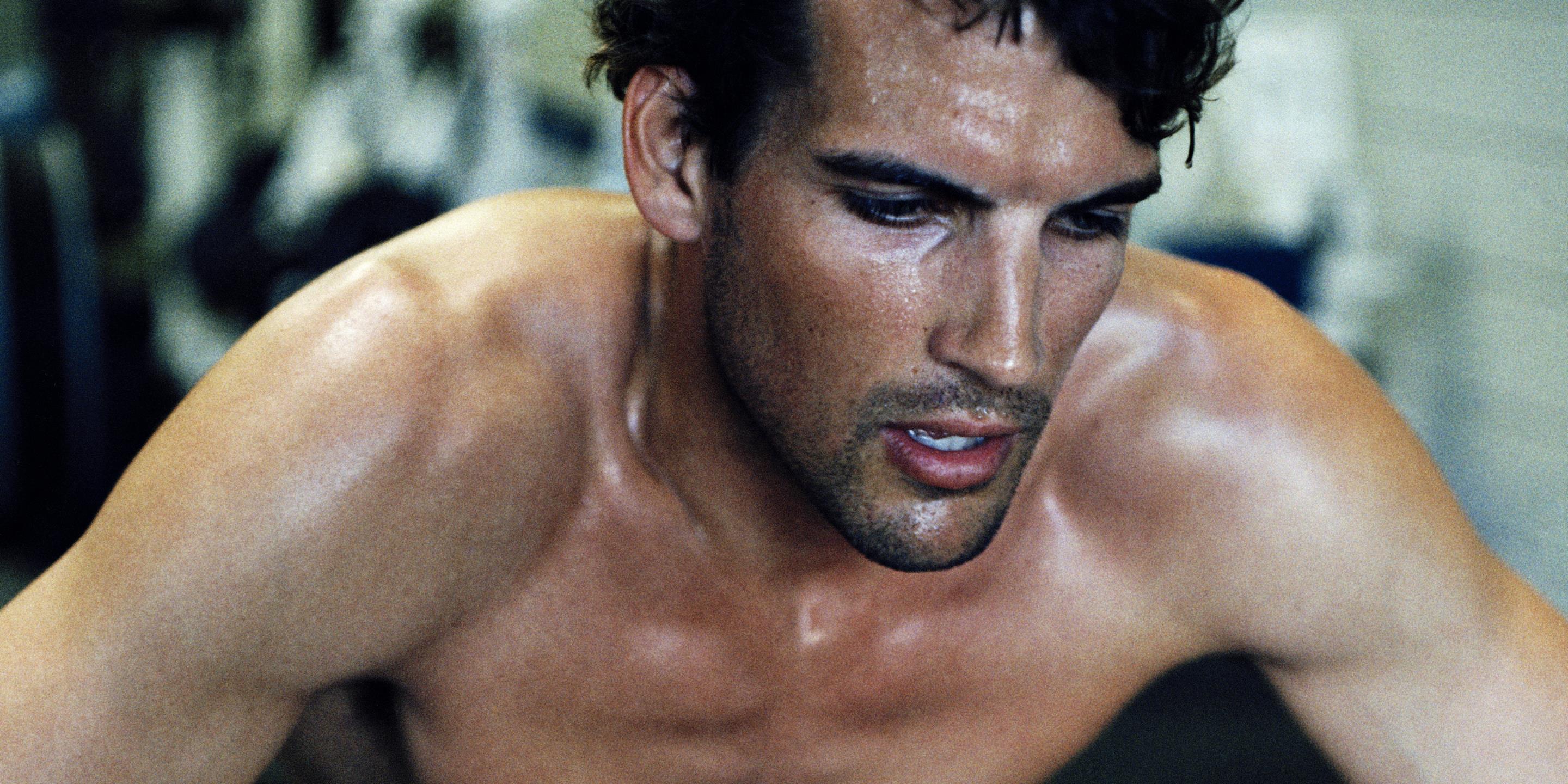 Turns out the best machine in the gym is the one you’re not using. We’ve got the short session that will have a major impact on your workout.

You probably know it. It’s the tall, slim machine tucked away in the corner of the club. Maybe you’ve seen someone on it (most likely with his personal trainer in tow) but chances are, it’s available right now. It’s called the Versa Climber — a vertical climbing machine that mimics hauling it up an extremely steep mountain or scaling a (very) tall wall. And spending just a few minutes on it torches major calories (between 10 and 20 per minute depending on intensity), significantly increases your aerobic capacity and pretty much tones you from head to toe. So why do we all avoid it? Because it’s really hard.

“The Versa Climber challenges even the ‘fittest’ people in the gym,” says Ben Hart, a Tier 3 personal trainer at Equinox in New York City. Our cardio lives are usually limited to activities done in the sagittal plane such as walking, running and cycling — things that move us forward. Though they certainly have their benefits, solely moving this way means you’re neglecting some major muscle groups. “On the Versa Climber, you’re moving vertically, so when you’re pushing and pulling, your arms, back and shoulders have to try to match the power of your legs,” says Hart. “That is extremely taxing to the aerobic system, which not only elevates your fitness level, but also burns a huge amount of calories.”

The Versa Climber is also somewhat of a mental challenge. “It activates the neurological system differently than most other machines and exercises,” Hart says, “It requires you to move your body in a reciprocal motion with your limbs.” Learning to move your right arm up with your left leg (and vice-versa) in one smooth motion builds coordination so you learn to move more efficiently in all activities, get stronger, and gain power. “The motion can be uncomfortable at first, and I think that’s why people don’t like it,” says Hart, “But fitness is about stepping outside of your comfort zone. That’s what initiates change in your body.”

Try this 6-minute (plus 3-minute warm-up) interval routine at the end of your next strength session or solo for a quick metabolic boost. The intensity of the intervals means you’ll continue to torch calories hours later. (*Note: The VersaClimber measures your distance in Vertical feet/ minute.)

Convinced? Take note of Hart’s tips before jumping on:

1. Keep your hips back while climbing to more efficiently target your glutes and help you avoid knee pain and potential injury.

2. Do not bounce side to side. Engage your legs and core to keep hips stationary — just as you would when riding out of the saddle in a cycling class. Not only will your movement be more efficient, but you’ll also target your abs.

3. Think push and pull. As you push up with the right arm, pull down with the left so each is assisting the other.

4. Move through a full range of motion. It’s common (and much easier) to try and move just a few inches up and down, but going bigger with your arms and legs means your muscle groups are working harder and burning more.
5 moves that build speedBody