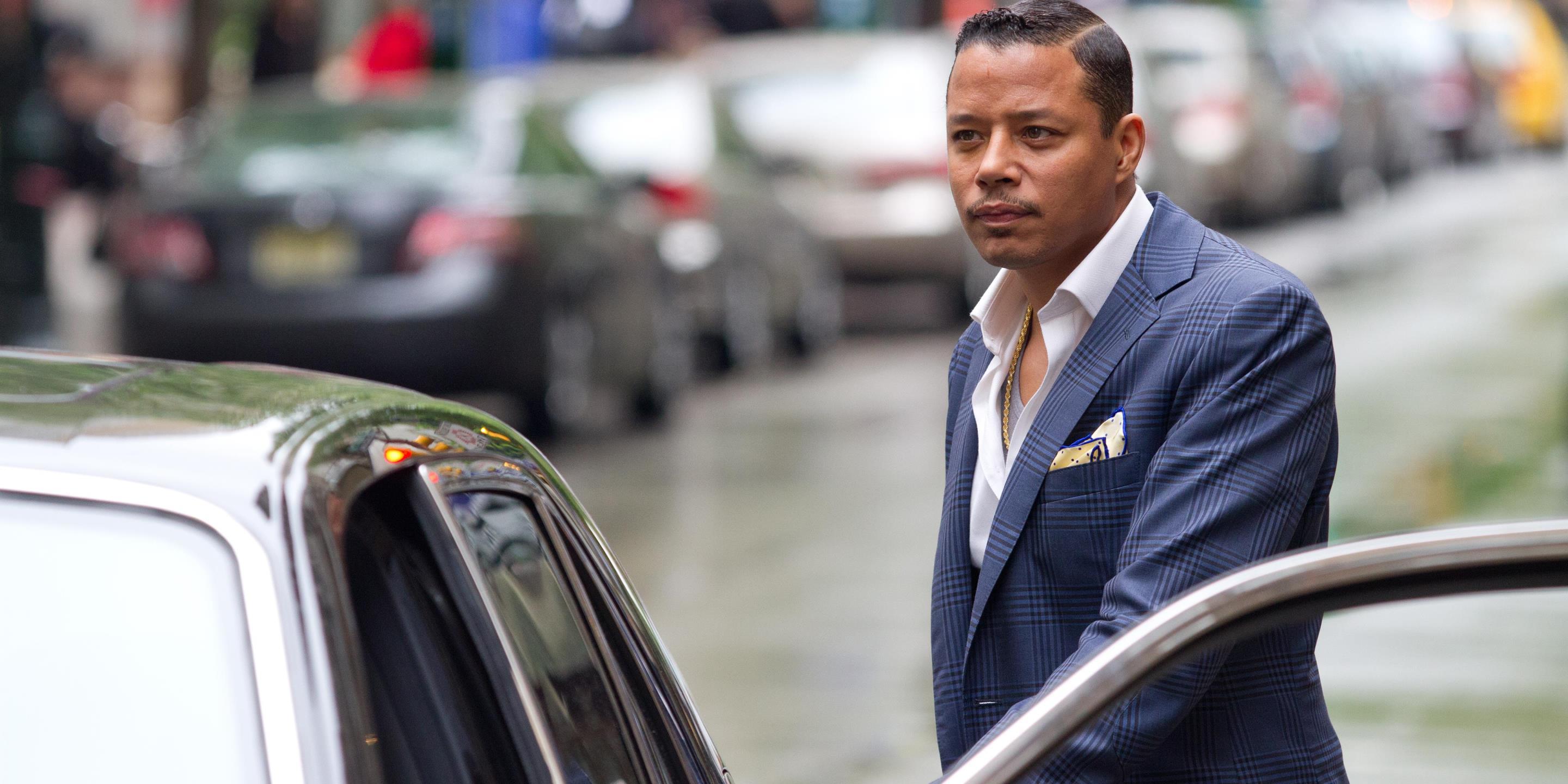 The star of Empire on standing naked in front of the mirror and finding his soul mate.

Terrence Howard has an intensity and charisma that can command the biggest of screens. From performances ranging from the memorable (Crash) to the OSCAR®-nominated (Hustle & Flow) to Dead Man Down, the action-packed thriller from director Niels Arden Oplev in which he co-stars with Colin Farrell and Noomi Rapace. Now starring on the hit TV series, Empire, Howard gave us a glimpse at the man behind the movie star.

Best advice he's gotten from a trainer or nutritionist:
Stand naked in the mirror for two minutes everyday and do the math.

What he did to work out this week:
Every [time I had an] unpleasant thought today, I did pushups.

What he's totally over:
My shortcomings.

One wardrobe item he can’t live without:
My Tag Huer watch.

Best gift he's ever received:
Life itself and the best mother.

What totally relaxes him:
Caetano Veloso, a Brazilian musician.

Book on his bedside table:
New World Translation Bible and A New Concept of the Universeby Walter Russell.

Biggest vice:
Memories of a love that can never occur. But it's nice to dream.

Number one reason for taking care of his body:
So that I can face myself naked in the mirror.

Message to the world with one request (Only catch: It has to be 140 characters or less):
In every person you meet there is a little piece of God in them. That's who you talk to...But make sure that they see Him in you first!