Jason Hummel is capturing hundreds of ice masses before they melt away.

Photographer and ski mountaineer Jason Hummel first walked on a glacier as a teetering two-year-old. It was the early 1980s, and the lower Paradise Glacier he stood atop in Washington State was home to about 8.5 miles of perennial ice caves, the longest mapped stretch in the world. But not for long: By the mid-1990s, both glacier and caves were gone.

It's a seemingly inevitable future for many masses of ice. With hundreds of officially and unofficially named glaciers within its borders, Washington contains 65 percent of the glacier area in the continental US. Every year, global warming shrinks their size and eventually, the masses disappear altogether.

Because he has no memory of the experience and since the lower Paradise Glacier is now extinct, Hummel’s toddler expedition lives on only through retelling. His desire to preserve these outings led him to pursue his aptly named Glacier Project, for which he’s traversing and photographing every glacier in his home state. He’s documented 199 glaciers so far, with 57 to go, though that number is always in flux as some masses melt and others are discovered through further research.

I think it's important to remember what was. Maybe someday looking back on these photos, people will recognize the importance of preservation.

“Growing up, I’ve seen these mountains in a certain way, and I want to capture those adventures via photos in a way that represents the time,” says Hummel, who’s based in Gig Harbor, Washington. “This project is like a time capsule. I think it’s important to remember what was. Maybe someday looking back on these photos, people will recognize the importance of preservation.”

Venturing into the unknown may sound romantic, but each traverse is a major feat requiring preparation and grit. Hummel often has to cross large lakes, hike dozens of miles of trails, bushwhack thousands of feet through uncharted forest, and climb the backsides of mountains before he even reaches a glacier. His expeditions have lasted up to 16 days.

His fitness is season-specific: Over the course of a year, he has months-long stints with climbing, hiking, canyoneering, mountain- and dirt-biking, kayaking, and of course, skiing. “By the time I get in really good shape for one sport, the seasons change and I have to get used to working different muscles for another one,” he says.

Sometimes when I'm bushwhacking up the side of some ridiculous mountain I think, is what I'm doing worth it?

Carrying 20 pounds of photography equipment on his body only adds to the physical demands of each expedition. “Sometimes when I’m bushwhacking up the side of some ridiculous mountain I think, is what I’m doing worth it?,” Hummel says. In the end, the answer is always yes. “When I’m done with this project, I’ll know I’ve put my stamp on my home mountains and as I get older I won’t feel that I missed something.”

The Glacier Project manifests primarily in pictures, but Hummel’s goal isn’t to capture the most Instagram-worthy shot. “A lot of photographers take classic photos of places while 20 others stand behind them,” he says. “They have tripods, nice warm coats, and maybe an RV right there. To me, there’s no story behind those images. The reason any photo has meaning for me isn’t that it’s perfect, it’s that each one, and especially all of them together, tell a really cool story.” Here are a handful of his favorites from his glacier-chasing expeditions.

When I'm done with this project, I'll know I've put my stamp on my home mountains and as I get older I won't feel that I missed something.

“Many consider the Picket Range the most difficult spot to reach in the lower 48. Broken into distinct northern and southern sections, it’s named after its visual similarity to a picket fence. When my friend Forest McBrian, an International Federation of Mountain Guides Association mountain guide, invited me to attempt a crossing with him in mid-winter, no party had ever done so before.

I took this photo halfway through the traverse while looking back at Outrigger Peak (pictured right) and the Southern Pickets. It’s the only photo taken of this part of the range from the ground in mid-winter. No one has retraced our path since.”

“Before he passed, my best friend from my 20s once said he would return to Mt. Adams every year for the rest of his life. He fulfilled that promise and I’ve kept the tradition alive. Each spring, I dare myself to tackle new and old routes on the steep north faces of this amazing volcano, like I was when I took this photo on a summer day that surpassed 90 degrees in the lowlands. In it, another friend jumps a massive icefall onto the Adams Glacier before landing precariously on the convoluted slopes below. In the distance is the open crater of Mt. Saint Helens.”

“Mt. Shuksan may be one of the most photographed mountains in the world. Few people know it by name, but most recognize it. Dominated by steep headwalls and nauseating cliffs and further shrouded by their shadows is the White Salmon Glacier, one of Mt. Shuksan’s seven glaciers. At almost 9,000-feet tall, it’s among the most complex non-volcanic peaks in the country and offers some of the best accessible ski mountaineering in the state.”

“Perched on the border of North Cascades National Park, the Blum Lakes rise nearly 5,000 feet above the valley. The unmarked route there is difficult, with a mix of cliffs strung with finicky slide alder and devil’s club rather than the open forest one hopes for.

A few miles before reaching the Hidden Creek Glacier you come across Middle Blum Lake, pictured here. It’s one of thousands of alpine lakes in Washington State that remains frozen nine months of the year, melting only in the late spring. In this transitional period, blue encircles the lake’s edges as the water rises above the ice. As melting continues, the remaining ice collects on one side of the lake. For a short time, two worlds coexist. In this photo, a skier crosses above while the green depths sparkle in the sunlight below.”

“Winter is a limiting factor in Washington State, which gets the most recorded snowfall in the world. The winter of 2015, however, lacked snow and saw an abundance of sunny weather; ski areas didn’t even run their chairlifts. Thankfully, the mountains never close. Members of the small but growing Turns All Year club prove this with their long-lasting ski streaks, for which they ski at least once every month. My own streak stretches more than two decades.

This photo shows my camp atop Red Mountain that season as I skied across the Painted Traverse. In mid-winter, it linked more than a dozen summits to Glacier Peak, a 700-mile cornucopia of peaks that borders the Pacific Ocean and the most remote volcano in the lower 48.”

“Just south of the Canadian border are the Chilliwack Mountains. Part of the inspiration for my Glacier Project was to venture outside the traditionally explored locations and routes, to find those question marks on the map and answer for myself what’s there.

The Masilpanik Glacier is one of those ignored places. It’s neither the most nor the least difficult, just out of the way—exactly where I’m looking to go. To tag Masilpanik Glacier, I circumnavigated three of the highest peaks in Washington on day two, then a fourth peak on day three. This photo was taken near the summit of Mt. Rahm. In it, snowboarder Seth Holton descends to the glacier 3,000 feet below via steep spines and snowfields.”

“The jungle seems an unlikely starting point for a ski tour, but the lush valleys of the Sauk River are the easiest route to Glacier Peak. Beginning in the jungle, we kicked off our seven-day ski adventure in ferns rather than snow. Along the way we were buoyed by the boiling waters of the Sauk River and the quiet of the forest. With its dinosauric trees above and all the nettles, salmon berries, moss, devil’s club, and more hiding in the understory, the forest is a garden no human could match. For me, there’s no better way to start a ski tour.”

“The Press Expedition became the first party to complete a north-to-south crossing of the Olympics in 1889. It took them six months to traverse the most rugged miles they would ever explore.

In 2016, I pioneered a route across the Olympics on skis, seeing much of what the Press Expedition did. I returned in 2018 to tag six glaciers I hadn’t visited yet. Many are spots that few to none have ever been to on foot or ski. On day four, we circumnavigated Mt. Olympus in one leg-crushing day. I took this photo just below its west summit. In the distance, clouds hang over the Pacific Ocean. Directly below is the 900-foot-deep Blue Glacier.” 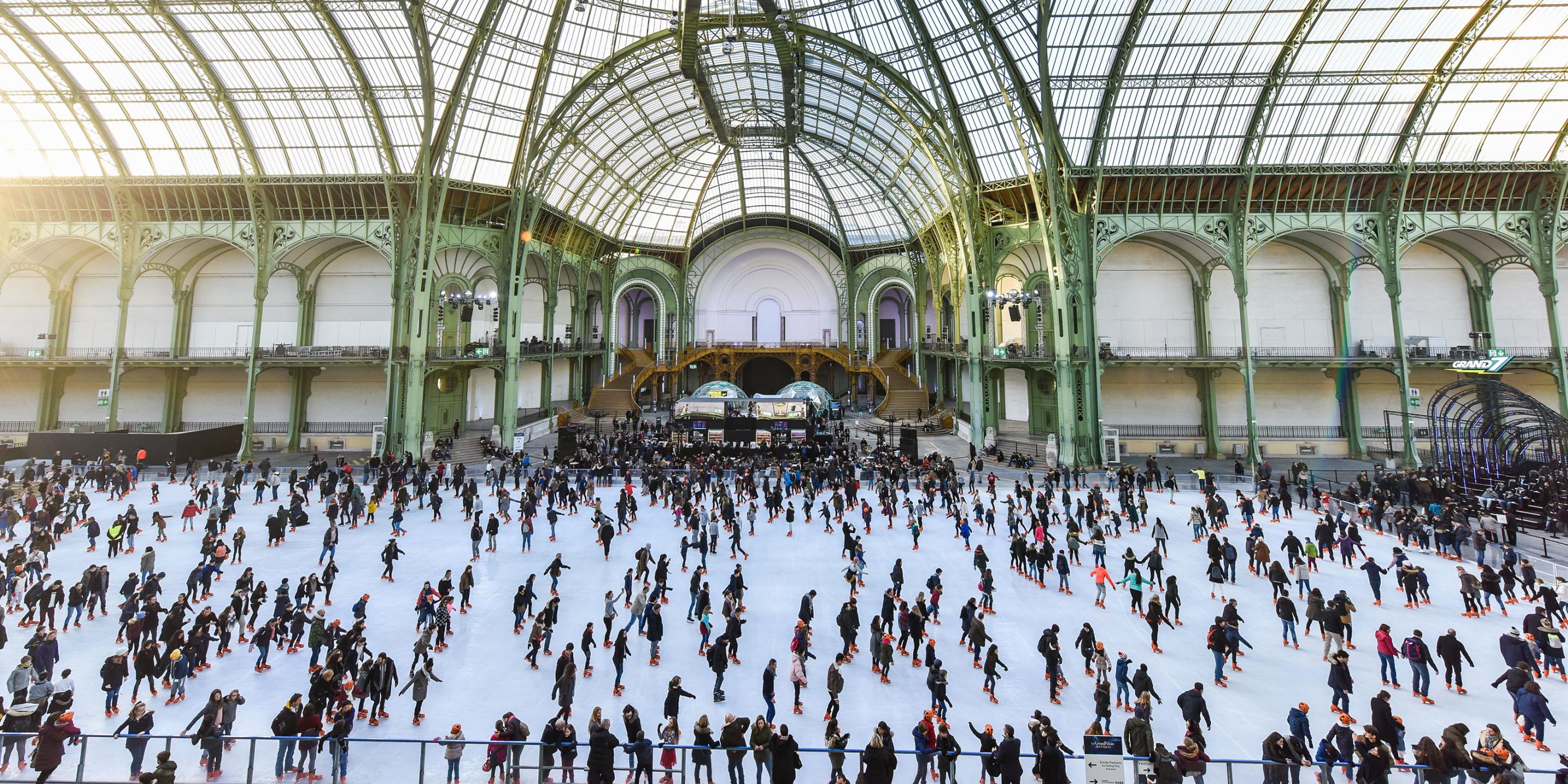 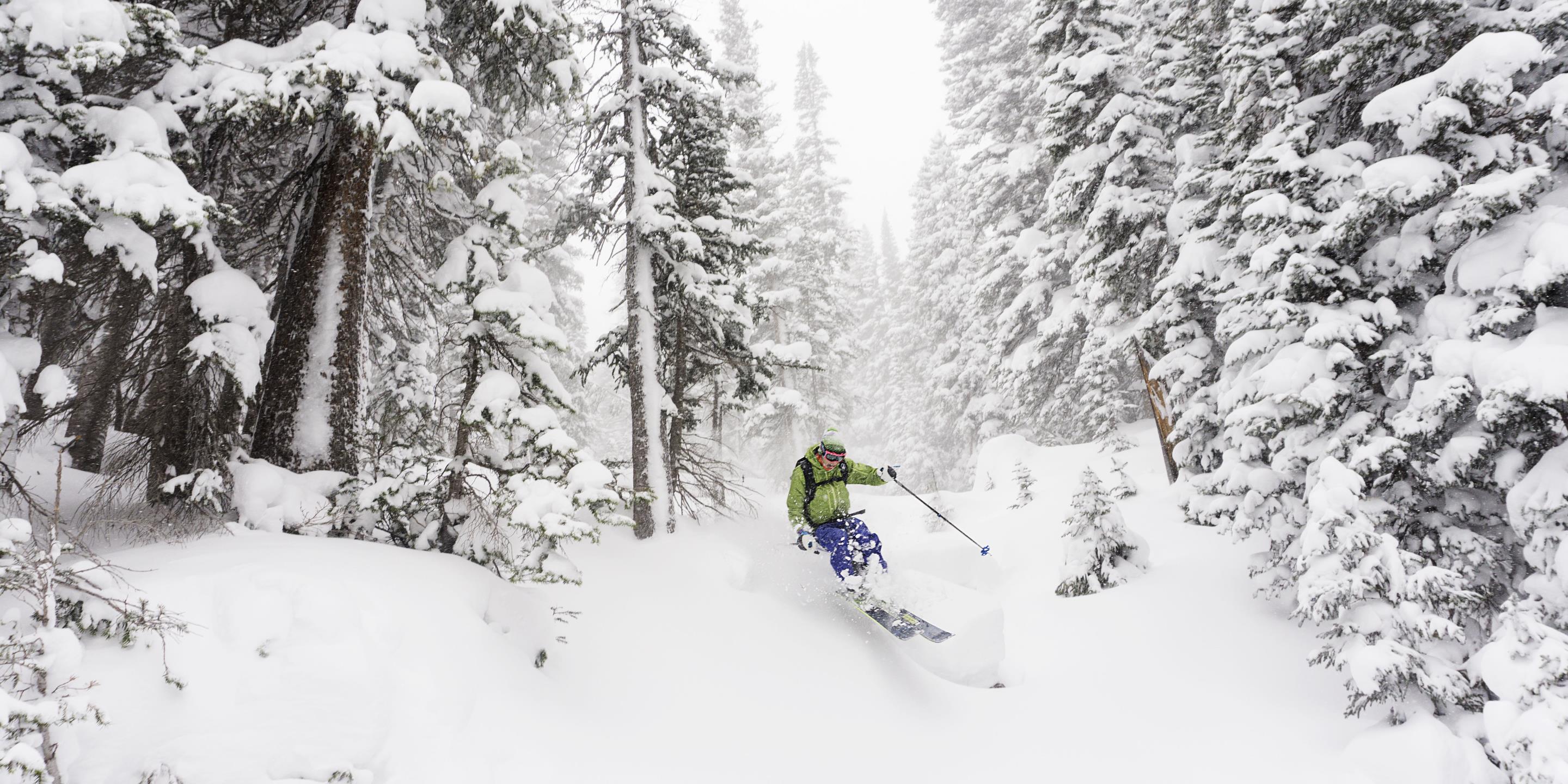