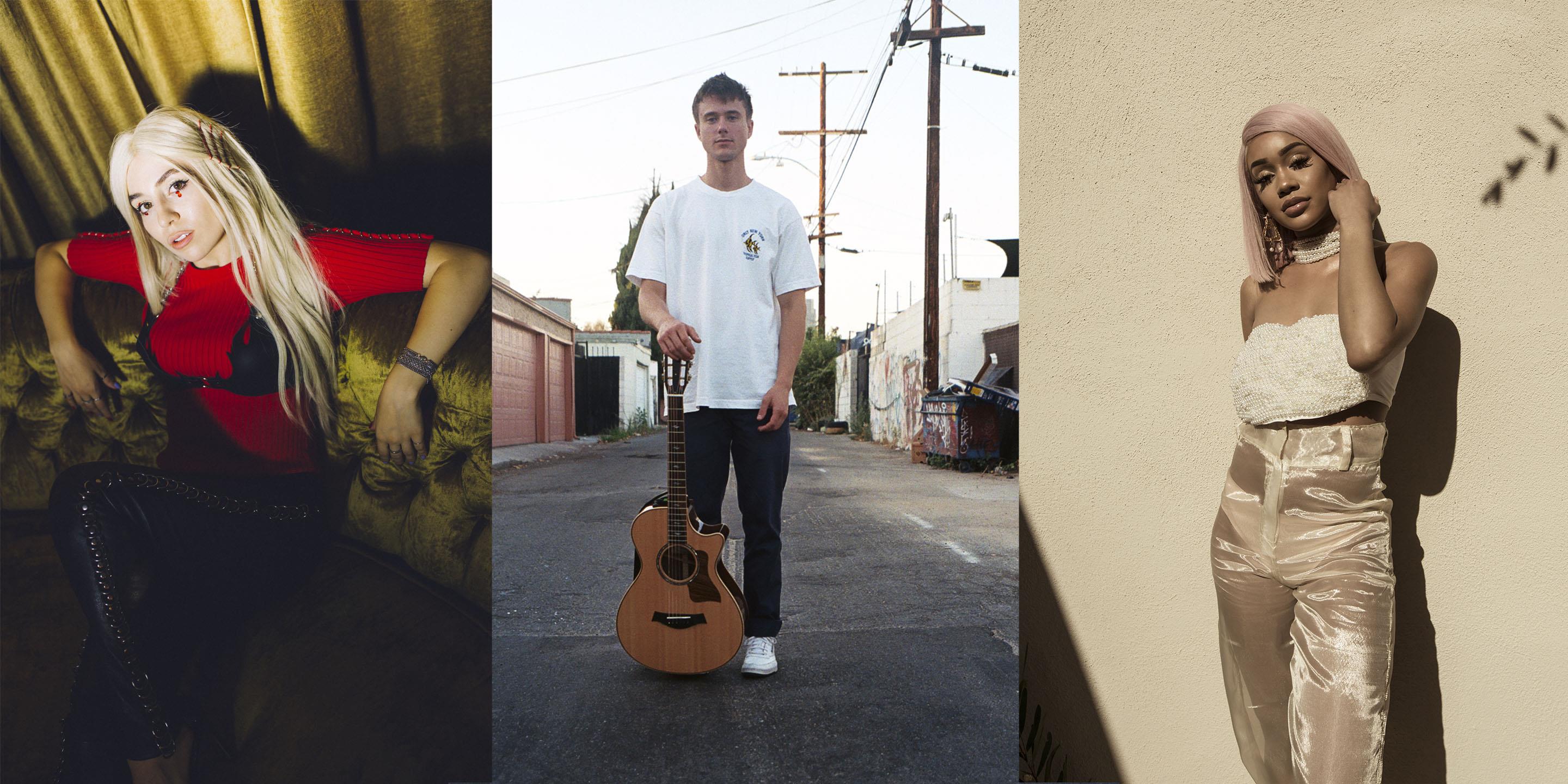 As the weather gets colder and the days get shorter, there’s one research-backed thing to refresh a tired workout routine: new music. Fortunately, a fresh crop of artists with unique sounds and perspectives have been gaining buzz this fall. Furthermore spoke to three of the most notable, highlighting their hit tracks and asking what’s on their own playlists this season.

Ava Max
In October, Max released her breakout dance floor anthem “Sweet But Psycho.” The track became an instant streaming success, netting over 42 million listens in less than a month. Max, the Wisconsin-born, Virginia-raised daughter of Albanian immigrants, moved to Los Angeles to try her luck after getting inspired by her mother, an opera singer. The gamble seems to have worked: The singer recently signed with the manager behind Harry Styles.

Her fall playlist: “I’m currently listening to any song that makes me feel warm and cozy,” she says, pointing out the likes of Billy Joel and Beyoncé.

Saweetie
Saweetie first caught the attention of fans on her Instagram (1.4 million followers and counting) thanks to her sharp freestyles, one of which turned into viral track “Icy Girl.” Since then she’s continued to gain popularity thanks to a variety of self-made videos, including “High Maintenance,” a rap she shot in her kitchen that would later become the title track of her debut major label EP.

Her fall playlist: “I like songs that make me want to have a good time and get my energy up when I work out,” she explains of her playlist choices, which include tracks from Ella Mai and Kodak Black.

Alec Benjamin
After building up a fanbase from Youtube and performances in the parking lots of Shawn Mendes concerts, 24-year-old Alec Benjamin already has 118 million global streams under his belt. The singer-songwriter has endeared himself to listeners with his tender lyrics and catchy melodies. Case in point: his signature hit “Let Me Down Slowly,” which became a staple on Spotify’s viral charts, scoring Benjamin opening slots for Camila Cabello and a nationwide solo tour set for later this year.

His fall playlist: "When the weather gets chilly I love listening to ‘Snow’ by the Red Hot Chili Peppers,” explains Benjamin, who’s also been spinning The Neighbourhood and The Verve so far this season.

alec benjamin - let me down slowly