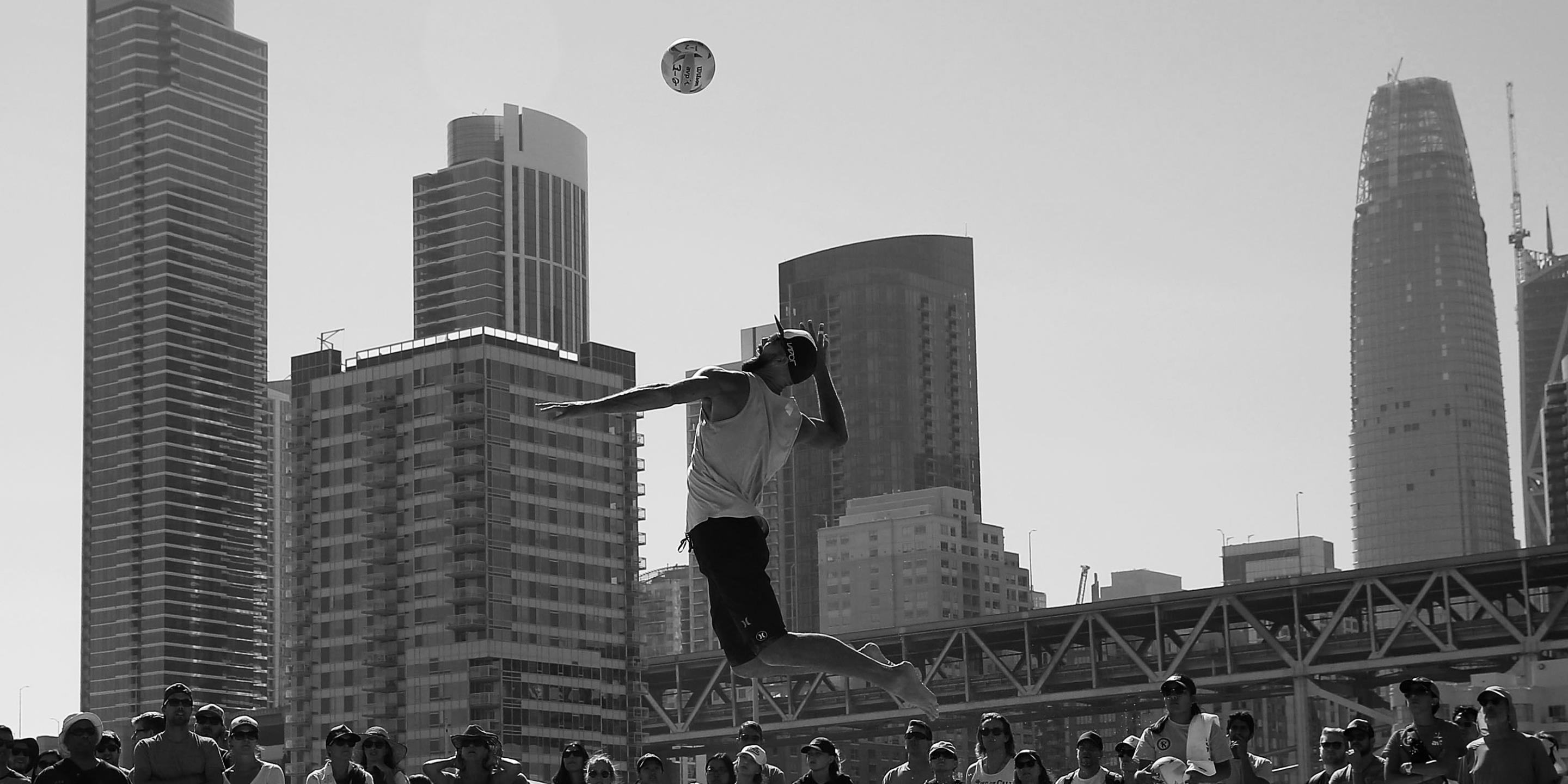 Four-time Olympian Reid Priddy played indoor volleyball for more than two decades before altering his course in 2016 by taking his talent to the beach. When he started playing on sand, he had to start from scratch and acquire new skills. “It’s been interesting, especially as an older athlete,” he says.

The surface wasn’t the only change he had to adjust to. “Playing indoor volleyball, I would just show up when I was told to and people were there planning practices, providing equipment, and taking care of your body,” says the 40-year-old. “At the beach, there’s no infrastructure. It’s up to you how best you train and physically prepare.”

Priddy (who lives in Los Angeles with his wife, son, and daughter) has competed with the U.S. men’s national team and the Italian pro club Cucine Lube Civitanova. He caught up with Furthermore to talk about stack training, double breakfasts, and pain management.

The Training Regimen: I work out on the beach for at least two hours every morning. (Try his 90-minute afternoon session here.) I like stack training: I choose three fundamental skills and take them down to their simplest form.

For example, I’ll kneel and do 20 touches with the volleyball, just to get my movement and motor patterns down. I’m literally just tossing a ball up and working on my arm mechanics to help me shoot the ball over the net. Then I’ll add another dimension, so instead of kneeling I’ll stand up and shuffle while doing the touches. For the final round of that skill, I’ll jump and shoot the ball. At the end, I’ll add a series of exercises like planks with a 10-pound sandbag, single-leg squats, Russian deadlifts, monster walks, and bear crawls in the sand.

In 2008, I was introduced to interval training. I do lots of sprints on Airdyne bikes and VersaClimbers. I go at maximum effort, then take limited rest, and repeat that several times. I’ve found that mimics how games go: You do eight to 10 seconds of intense activity with a few seconds rest.

The Nutrition Regimen:Unfortunately because of my schedule, I have a lot of my meals in my car. Still, I try to eat healthy.

For my first breakfast (yes, I have two) I’ll have a cup of coffee plus overnight oats or a muffin. A few hours later, I’ll have my second, which is normally something like scrambled eggs with cheese, avocado, salsa, fruit, and four slices of toast. After training, I have a recovery shake with a three-to-one carb-to-protein ratio. That’s been a game-changer for me. My favorites are Previnex, BioSteel, and the collegiate form of Muscle Milk, which has more carbs.

For lunch, I’ll have a turkey and avocado sandwich with a side of fruit or pasta. My afternoon snack is less healthy: a pastry and coffee, very European. My wife is incredibly health conscious and loves organic, farm-to-table foods, so she cooks things like ground turkey rice bowls for dinner. If I’m awake past 8 p.m., I’ll have a Greek yogurt with granola and honey to get casein, which helps me sleep better.

The Regeneration Regimen:Rest, recovery, and replenishment are just as important as the skill acquisition for beach volleyball. It’s a constant balancing act. Sand is a forgiving, soft surface that works your muscles and lungs more than your joints. By the end of my indoor career, I was taking 2,400 milligrams of ibuprofen every day for pain. I haven’t taken any since I transitioned to sand.

What’s Next:I'm playing on the AVP Pro Tour this summer and I hope to represent the US one more time at the 2020 Olympic Games in Tokyo.