(Think: Chihuly's Rose Crystal Tower in Union Square Park, the Kaws basketball courts on the lower east side (now closed), and Sheila Hicks's sculptures on the Highline, all in New York City.) These of-the-moment expressions of creativity are now inspiring activewear designers.  Look anywhere from the runway to sneaker shops and you’ll find plenty of graffiti- and sculpturally-influenced pieces to choose from, items featuring large swaths of bright colors and bold, architectural lines. But instead of hard graphic stripes found in traditional color blocking, these picks take a more freeform approach. Primary colors and neons are hallmarks of this look, but black and white accents ground them, making them wearable inside of the gym and out. 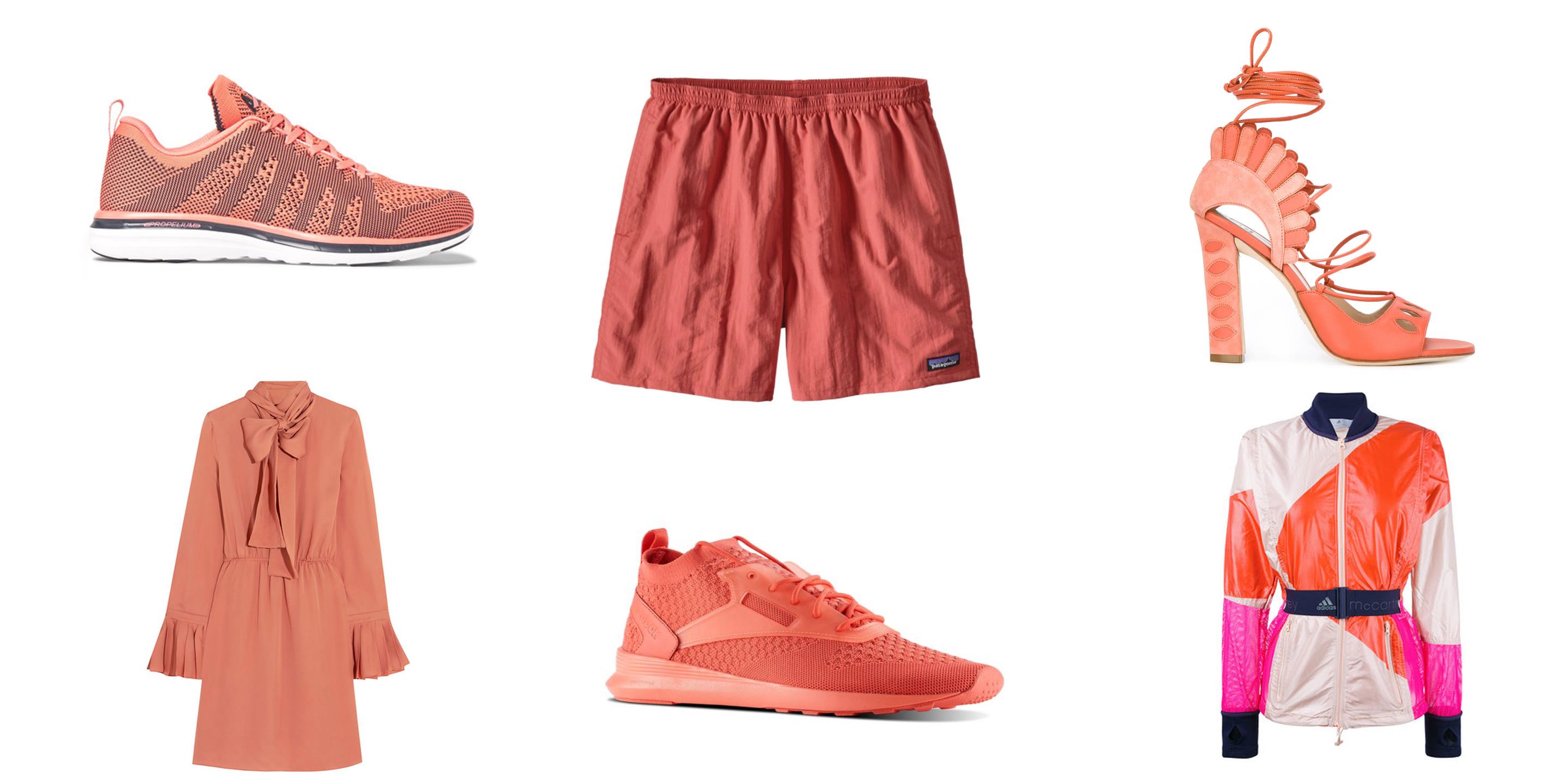 Pull on these one-of-a-kind sweats, made from vintage sportswear, over leggings for your walk to the gym. Pair them with a simple solid top, or go for the full effect with the matching sweatshirt.

This bold tee features a lightweight basketball mesh fabric that provides just enough ventilation for tough workouts. The boxy silhouette lends a downtown-cool vibe when paired with dark denim or worn under a slip dress.

In addition to its eye-catching color palette, the thick, bonded material of this sweatshirt makes a statement. Still it’s lightweight enough to be functional.

These hiking shoes pack plenty of style, but have fabrication details from extreme rock climbing gear. With a sturdy outsole and a comfortable sock liner, they look cool on the street and perform on the mountain.

An abstract tropical print makes these bottoms feel almost gallery-worthy. And while they aren’t meant for hardcore sweating, wear them for lighter workouts and active outdoor adventures, like leisurely hikes and casual bike rides.

Thanks to the black background and the strategically-placed wavy blocks of color, these leggings offer a flattering fit. High-waisted, they pair well with a chic sports bra.

Throw this hooded windbreaker over any outfit—active or otherwise—for a colorful, sporty twist.

With a slip-on construction and playful ruffle detailing, these sneakers are an ideal footwear choice for quick changes before and after any shoe-free studio class, like yoga, Pilates, or barre. 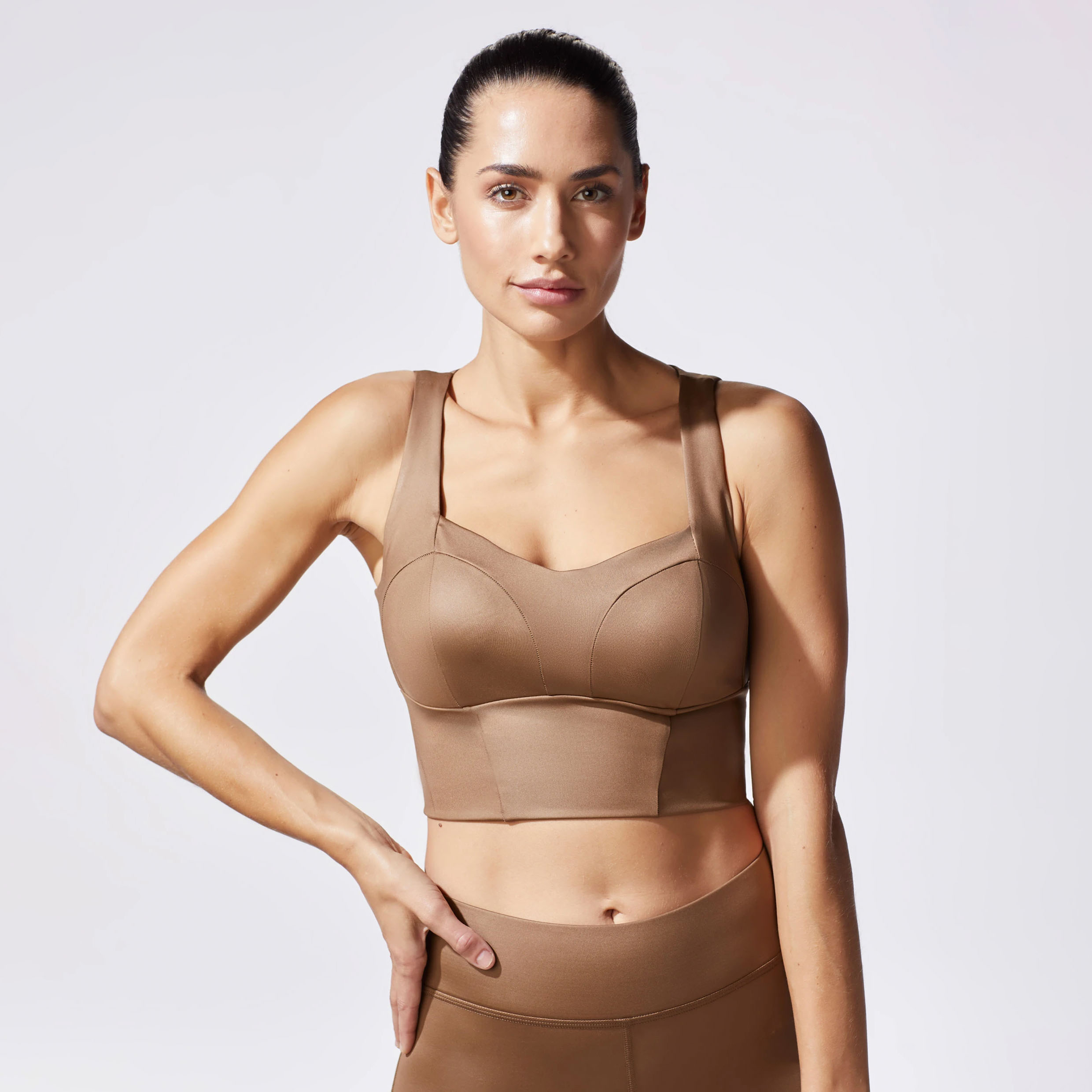 Apparel drop: The Shop at EquinoxLife 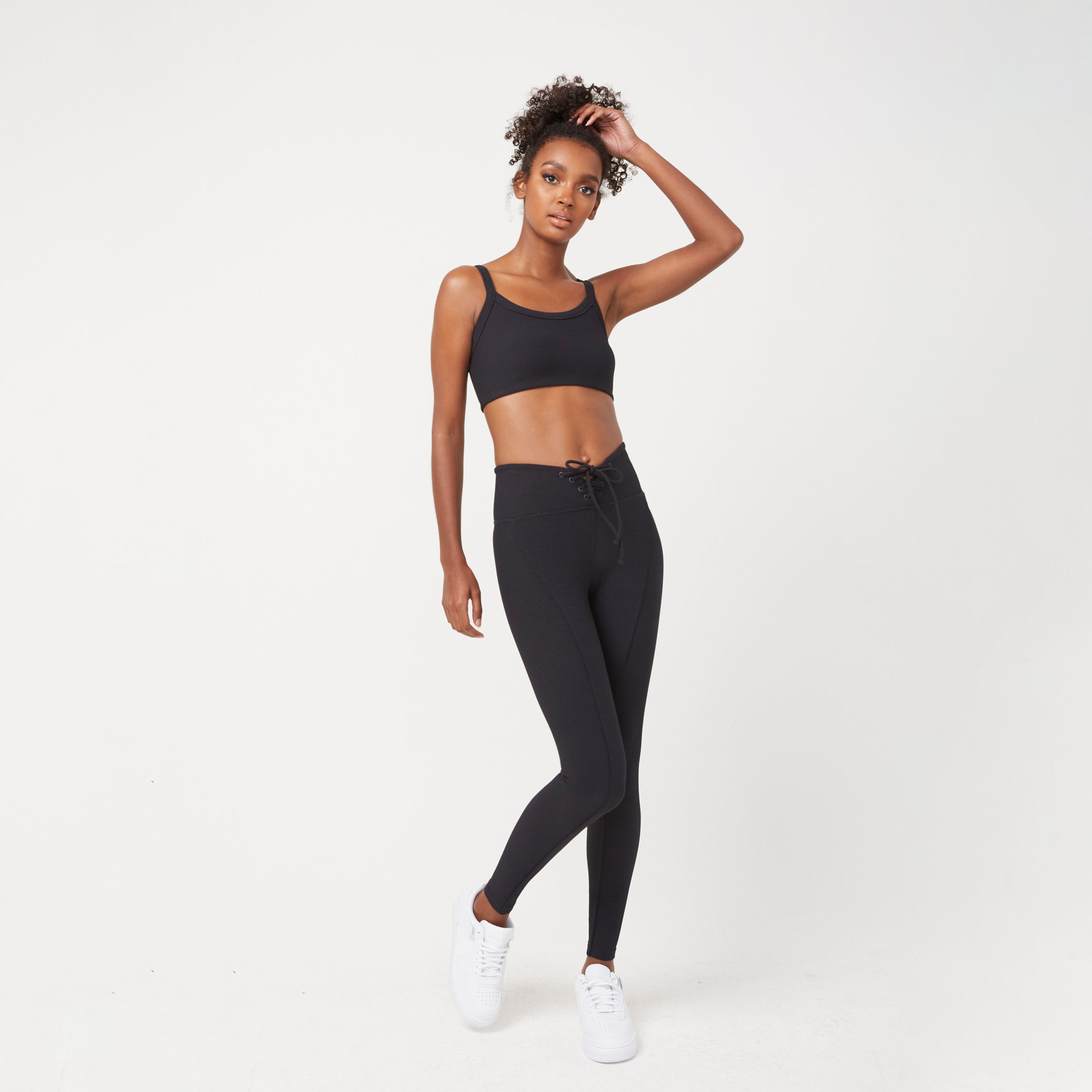