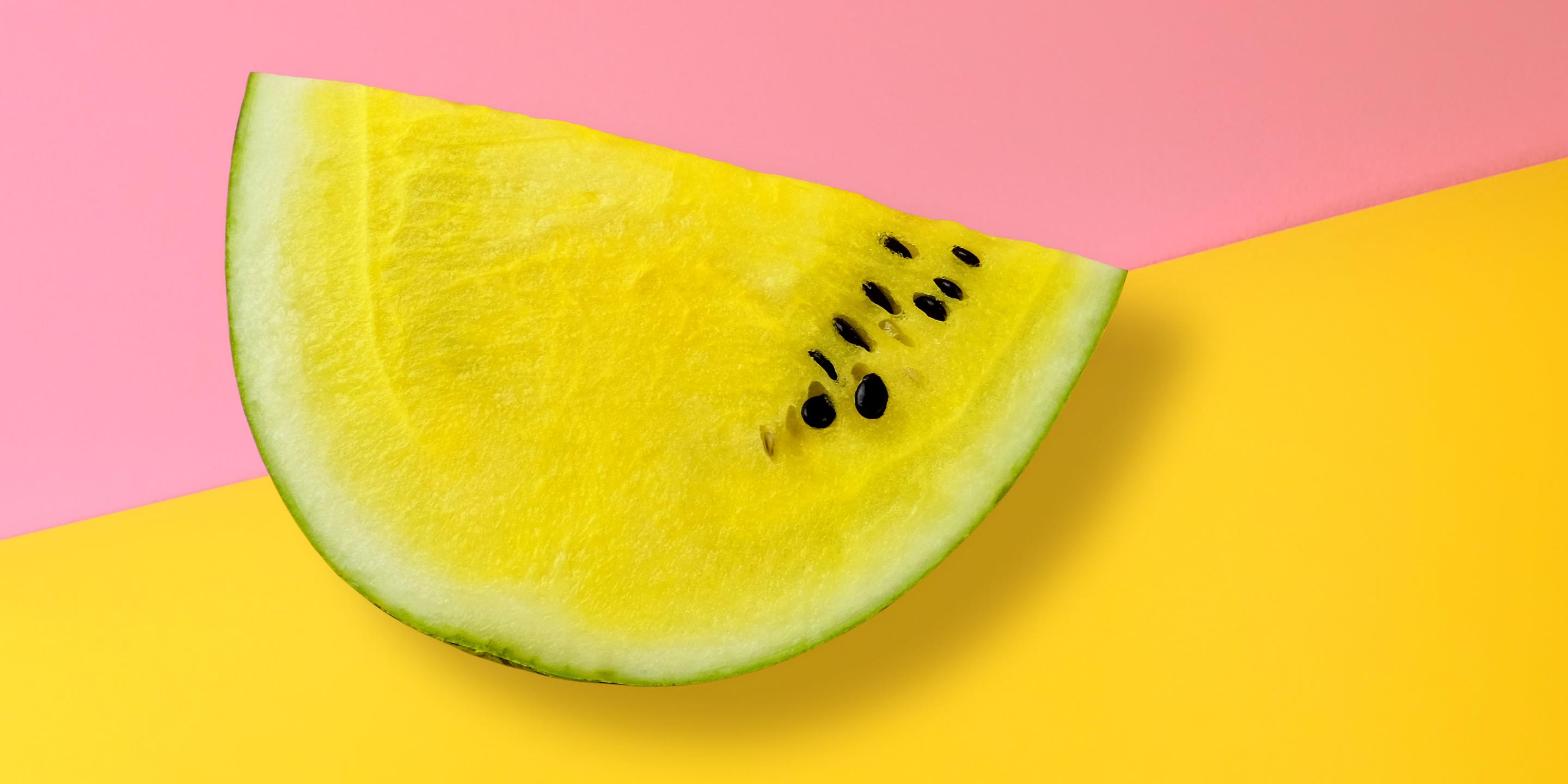 From yellow raspberries, to cherries, kiwis, plums, and watermelons, golden summer fruits have gained a foothold in farmer's markets and supermarkets nationwide.

Offbeat-colored fruits are becoming more desirable. “When a breeder comes out with an unusually colored fruit, it helps their discovery stand out in a sea of normal,” says Sarah DePass, product development manager for Stark Bro’s Nurseries & Orchards in Louisiana, Missouri, “unlike the Golden Delicious days, when people were hesitant to buy a golden apple when red was so normal.”

“Variety is what’s driving this, or an interest in having something different,” says Courtney Weber, Ph.D., associate professor at Cornell University’s School of Integrative Plant Science in Geneva, New York. “What growers tell me is that consumers are very interested in different colors, but they still buy red ones more than anything else.”

Picky eaters don’t need to worry that yellow raspberries or watermelon will taste foreign. “There are differences in flavor, but not due to color; it’s more of a varietal difference, like Gala and Fuji apples,” says Weber.

Yellow foods normally contain beta-carotene, flavonoids, potassium, and vitamin C. “Generally, the golden counterparts are nutritionally comparable to the traditional variety,” says Jennifer Markowitz, MS, R.D., L.D.N., clinical dietitian at the Hospital of the University of Pennsylvania in Philadelphia. However, “watermelon is an interesting exception. [The antioxidant lycopene] is found only in the red variety. Yellow watermelon provides little to no lycopene, but it’s otherwise nutritionally comparable.”

Golden fruits are bred traditionally (by planting the varietal's seeds) and not genetically modified. Some are found in the wild and included in gardening books dating back to the 1800s. “For breeders, yellow is an easy color to achieve,” Weber says. “It’s probably the most common color variant that we see.” Home gardeners may prefer yellow fruit because animals are less inclined to nibble on them since they lack the traditional ripeness cue.

Use the macro to further your performance.

This hearty meal features a bevy of fresh and cooked vegetables.