Kate Rubins on prepping the body to survive and thrive in space.

If pressed to name a profession in which you were expected—no, required—to work out for two-plus hours per day, scientist might not surface high on the list. Brains over brawn, the stereotypes might suggest. But for NASA astronauts, the body is an incredibly important tool. Maintaining physical fitness is not only paramount to a successful mission, but key to advancing scientific research and the prospect of future space travel.

Before becoming the first astronaut to successfully sequence DNA in space, Kate Rubins was a scholar and an athlete. “I actually started running a bit more in graduate school,” she says. “I joined the triathlon team at Stanford as a grad student there, and that was a lot of fun.”

Her focus on fitness only amplified after joining the space program. At Houston’s Johnson Space Center, workouts are part of an astronaut’s daily routine. “We do a mix of running and biking for most of our cardiovascular conditioning because that's what we do on board,” Rubins explains. “But when I came to JSC, it became really apparent that weight lifting was an important component of being fit as an astronaut.”

The purposes of the workout are dual: Astronauts require a level of physical fitness to perform their training. “A significant portion of spacewalk training takes place under water,” says Rubins. “These are six-hour-long training runs in a 300-pound suit. You need an anaerobic burst, but also a lot of endurance.”

Their bodies also need to maintain fitness to survive flight. In the absence of gravity, “bed rest is our closest analogy,” Rubins explains. In-flight exercise is a countermeasure, a way to help stave off bone and muscle loss. “A work day in space is about a 12-hour day, start to finish, and we do get two and a half hours a day of dedicated time just to work out,” says Rubins. “And you need that amount of time just to preserve your minimum level of fitness that you have before you go on board.”

Workout time also provides a much needed mental respite. “You know, it's something that is important for you psychologically, too, just to have a break from the really high tempo pace of operations,” Rubins says. Plus, they’re held accountable. “The ground of course gets the data at the end of a workout so they can tell if you’ve worked out or not. But I don’t think we usually need too much motivation, everybody’s pretty interested in keeping up their level of fitness.” That data also plays a critical role in showing how the body will hold up during flight, what sorts of changes and adjustments would need to be made to extend a trip without risking the health of the astronaut.

How to run in space

In-flight, “we’re running three or four times a week,” says Rubins. “I’d say I usually ran about five miles at a time. I’d love to go for longer runs, but wearing the harness is like running with a backpack on. You don’t really want to do too much.”

That harness is precisely what keeps the astronaut attached to the treadmill. If you’re running onboard a space craft, your first footfall would hit the belt and you’d go shooting off in the other direction, she explains. “It looks a little terrible but it’s actually quite comfortable to wear, it feels very much like a backpacking harness.”

As the treadmill can reach speeds of 12 miles per hour, a daily workout might incorporate 800-meter or one-mile sprints. But leisurely runs also have their benefit. “You’ve probably experienced that feeling where you’re having a stressful day and you go for a run and you just feel better afterwards,” Rubins says. “We use exercise to calm people down, get them not so stressed out. It helps you sometimes if you’re working on a tough problem in space flight, you can go for a run and think about it for a little while, then come back to it.”

If you're working on a tough problem in space flight, you can go for a run and think about it for a little while, and then come back to it.

6 Questions for Astronaut Jessica Meir
3. How do astronauts stay calm under pressure?

How to cycle in space

Your toughest spin class doesn’t hold a proverbial candle to its space counterpart. “The bike is really interesting in that there is no seat, you would float above the bike and then somewhat float down onto the bike and clip in,” Rubins says. “It’s a little bit like riding a unicycle on the ceiling upside down.”

Without the force of gravity to help you push the pedals, your muscles are doing extra work. “You’re free-standing as you’re pedaling the exercise bike, so this will get you tired pretty quickly.”

Among the more challenging workouts, the bike is used to really spike the astronauts’ heart rates. “We usually do this about three or four times a week and our protocols can vary in intensity from a long slow ride to more intense interval and hill work. We want to spike their heart rate, then give them a little rest, then spike up their heart rate again.”

Hence, the bike tends to leave the astronauts somewhat breathless. “Many crew members will have exercise prescriptions written for them. They almost can't even finish it and so it's a really challenging device. On board, I think a lot of people like it, but it's definitely one of our tougher workouts.”

Cycling in space is a little bit like riding a unicycle on the ceiling upside down.

6 Questions for Astronaut Jessica Meir
5. Will the human body ever live in space?

How to strength train in space

Astronauts call it the ARED—that’s Advanced Restrictive Exercise Device. To a layperson, it’s a space-age, all-purpose weightlifting machine. One key element: It’s free-floating. “That’s one thing to get used to,” Rubins says. “If you think of it like walking up to a squat rack, but that the whole squat rack is moving in free motion, so you end up moving along with it.”

But how do you weight-lift without weight? Or as Rubins explains, “I can pick up a 600-pound bag and spin it on my finger on board.” In this case, the astronauts work against vacuum. The ARED’s dual vacuum cylinders, through a series of cables and pulleys, allow the astronauts to have the equivalent force of lifting up to 600 pounds, she says.

As with harnessing yourself into the treadmill and clipping into the bike, securing yourself to the ARED is necessary, lest you push off and fly off in another direction. It provides a variety of strength-training exercises, from deadlifts to squats to sit-ups to bent-over rows. “We get a prescription and we’ll do different sets. We’ll do a day in which we’ve got a set of 8. When we want to go a little bit harder, we’ll do a set of six. Lighter days, we’ll do sets of 12.”

When asked if in-flight exercise inspires any friendly competition, Rubins laughs. “I was trying to set an intergalactic weightlifting record for females. I was lifting as much as I could up there, but it’s all fun and games. We mostly want to push ourselves to be using this machine to keep our muscle. This is really important for our bone preservation, also.”

I was trying to set an intergalactic weightlifting record for females. I was lifting as much as I could up there, but it's all fun and games. 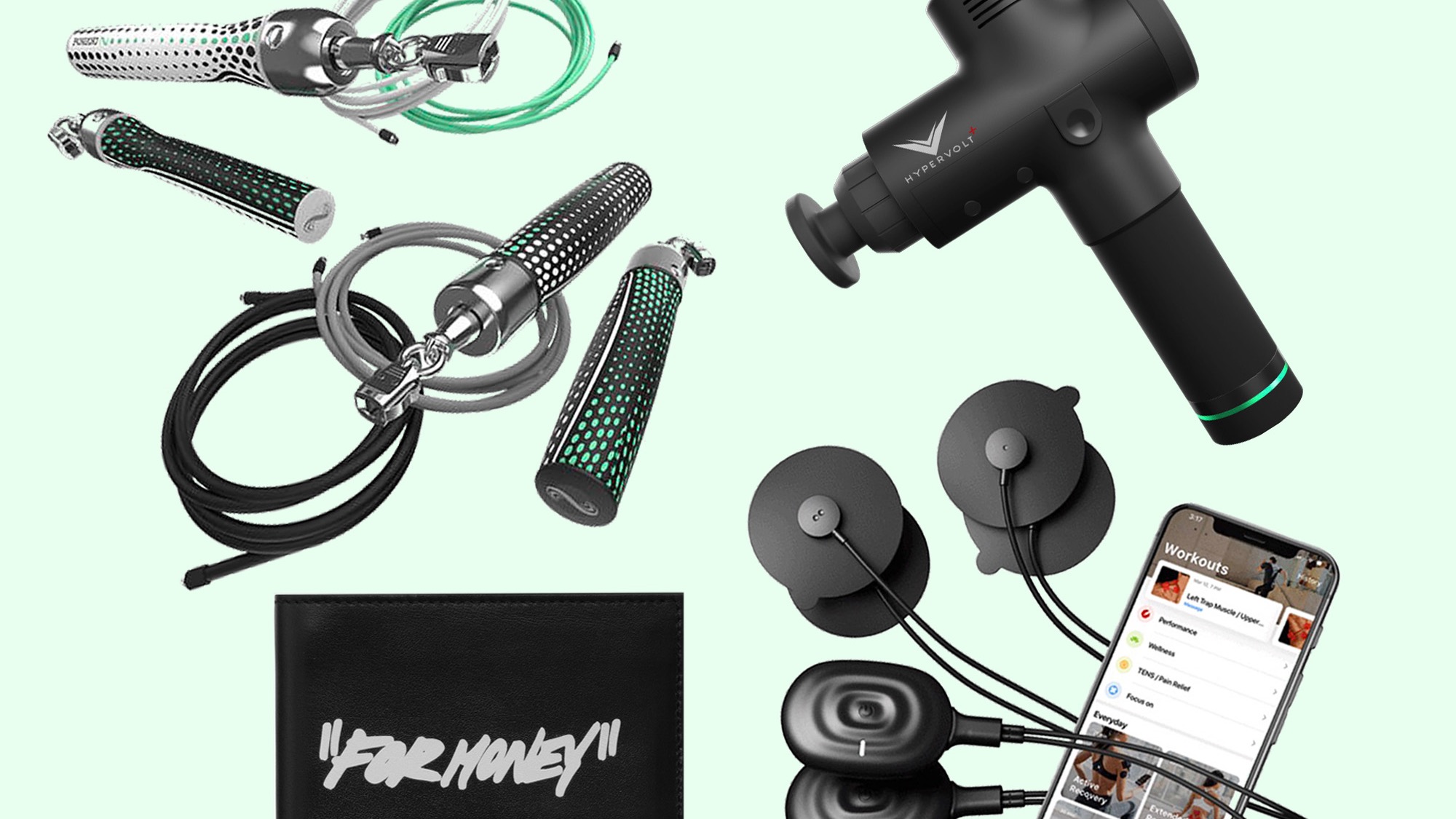