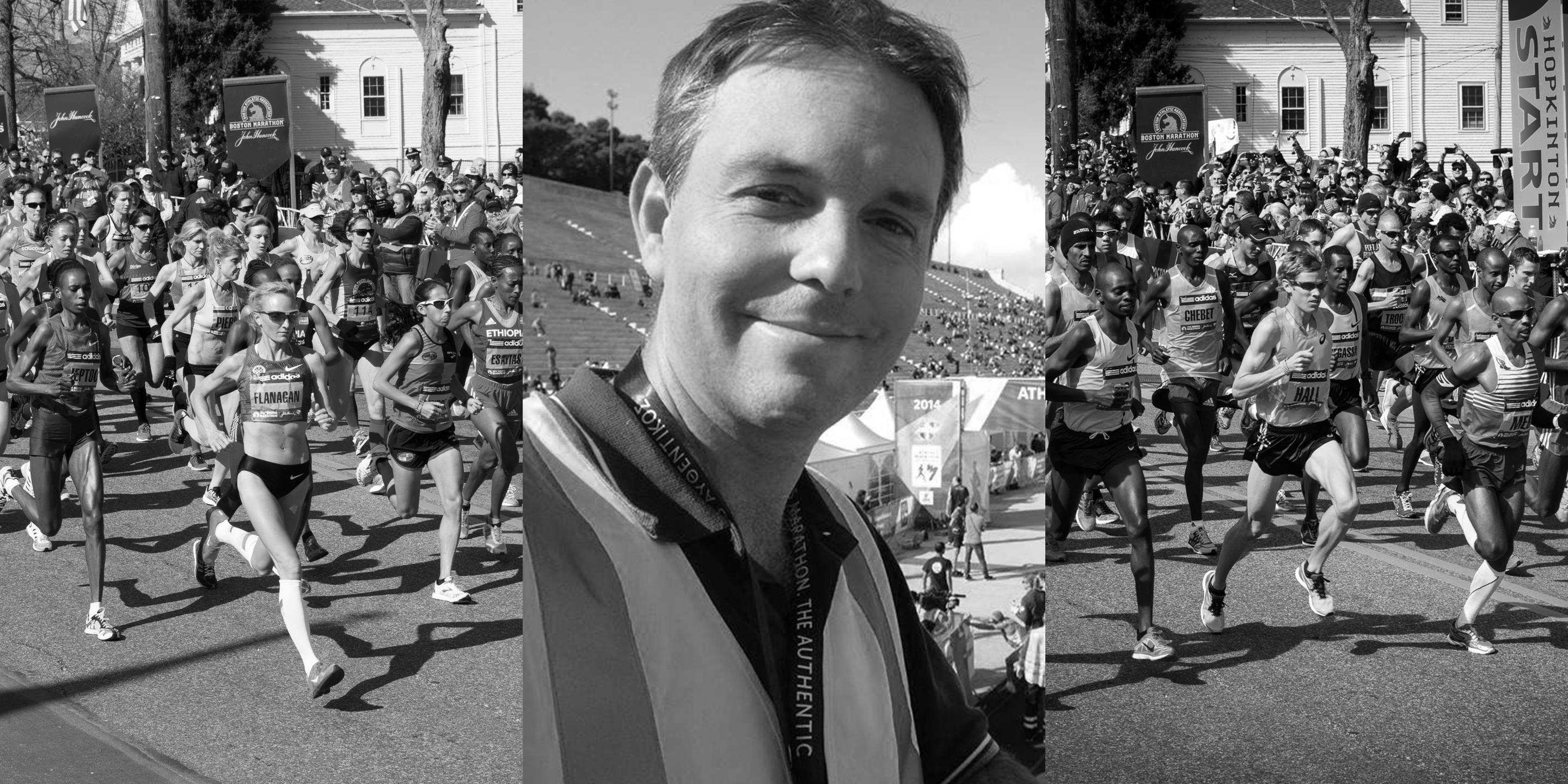 On capturing the essence and history of America's most prestigious marathon

Premiering on April 19th, two days after runners complete the 26.2 mile journey from Hopkinton to Boylston, is BOSTON,the first feature-length documentary about the iconic race. The film chronicles the history from its debut in 1897 to 2014, the year after the tragic 2013 bombings. We spoke with award-winning director and producer Jon Dunham, a 27-time marathon finisher, about his passion for the sport, why this film is particularly meaningful, and more.

What inspired you to make this film?

“I’m a runner and my first marathon was L.A. in 1993. It sounds cliché, but it was a life-changing experience. I totally fell in love with the race, the marathon distance, and running in general. When I was beginning my career as a documentarian, I decided to make a film around the Chicago marathon, Spirit of the Marathon. The release was successful, which led to Spirit of the Marathon II in Rome. During the process of making that film, I was already thinking about the granddaddy of all marathons, which is Boston. It’s the oldest annually run marathon in the world and there’s such a long and rich history that I wanted to explore. Boston is Boston, it’s in a class all its own.”

Why have Matt Damon narrate?

“He was always our first choice. We wanted a Bostonian and Matt has close familial ties to the marathon, having grown up watching it take place, watching his dad run the race. His younger brother Kyle became a Boston marathoner as well. Matt’s a runner himself, he hasn’t done the marathon distance, just half, but he certainly gets the Boston marathon and understands running.”

What do you think is unique about the running community?

“Running is really a remarkable sport. It’s surprising to me that often times when you talk about running with non-runners they say, ‘Oh I’d never want to run, I couldn’t even run a mile or to the bus.’ But for me, it’s exactly the opposite. Running is energizing, empowering. Even after a long hard day, if I go for a run I end up feeling more energized. I find there’s the same sentiment from other people and I think if more people would give running a try, an honest try, it really makes for a better day, a better time at work, and with family.”

Did you learn anything surprising during filming?

“I wouldn’t say it was so much a surprise, but it was really fun to see how the community, like no other marathon I’ve ever been around, really rallies around this race. It’s not just about the runners but about the whole community, from the small, intimate start in Hopkinton, all the way into Boston with Red Sox fans pouring out to cheer by Fenway Park. It takes me back to my first marathon and one of the reasons why I fell in love with it, which was because it’s not just about the physical exertion and achievement, but that communal feeling of positive energy between runners and between runners and spectators.”

What was special to you about making this particular film?

"Every documentary evolves in the process of making it, and in a lot of ways this film is how I envisioned it, but also so much more. When I originally set out [to make the film], it was before the bombings, so it was just going to be about the story of the marathon. After the bombings, I thought I wouldn’t make the film because I didn’t want to make it just about that. But then I started to think, what would the following year be like? The film is all about the history and here was the chance to actually record some of that history and participate. It’s such an important part of the film. The build-up to 2014, the anticipation, the way that race unfolded and to see how everybody came back and rallied around the race, the runners, those injured, and the families who lost loved ones, it was just an awesome, awesome day. The marathon is such a great metaphor for life. It’s triumph over adversity, just continuing to put one step in front of the other. Following 2013, what happened in Boston is the ultimate example of that. It wasn’t a metaphor at that point, it was overcoming tragedy as it actually happened. It was very moving and inspiring to see how strong people have been.”

“In the film we interview Jacqueline Gareau, a Canadian who won [the Boston Marathon] in 1980, and who now works as a massage therapist. I told her about how I was suffering from some kind of tightness or overuse injury and she said, here let me give you a massage, which she did on the spot right there at the interview. And it was the most painful thing ever. She told me how important it is to really listen to what our bodies are telling us and to be gentle. If that means going a bit slower or maybe not even running at all and just resting, that’s what we should do. It felt so right to me. I think a lot of runners have the tendency to be hard-driving, type A, always wanting to run harder, faster, and achieve more. It’s important to just get out and relax and enjoy it.”