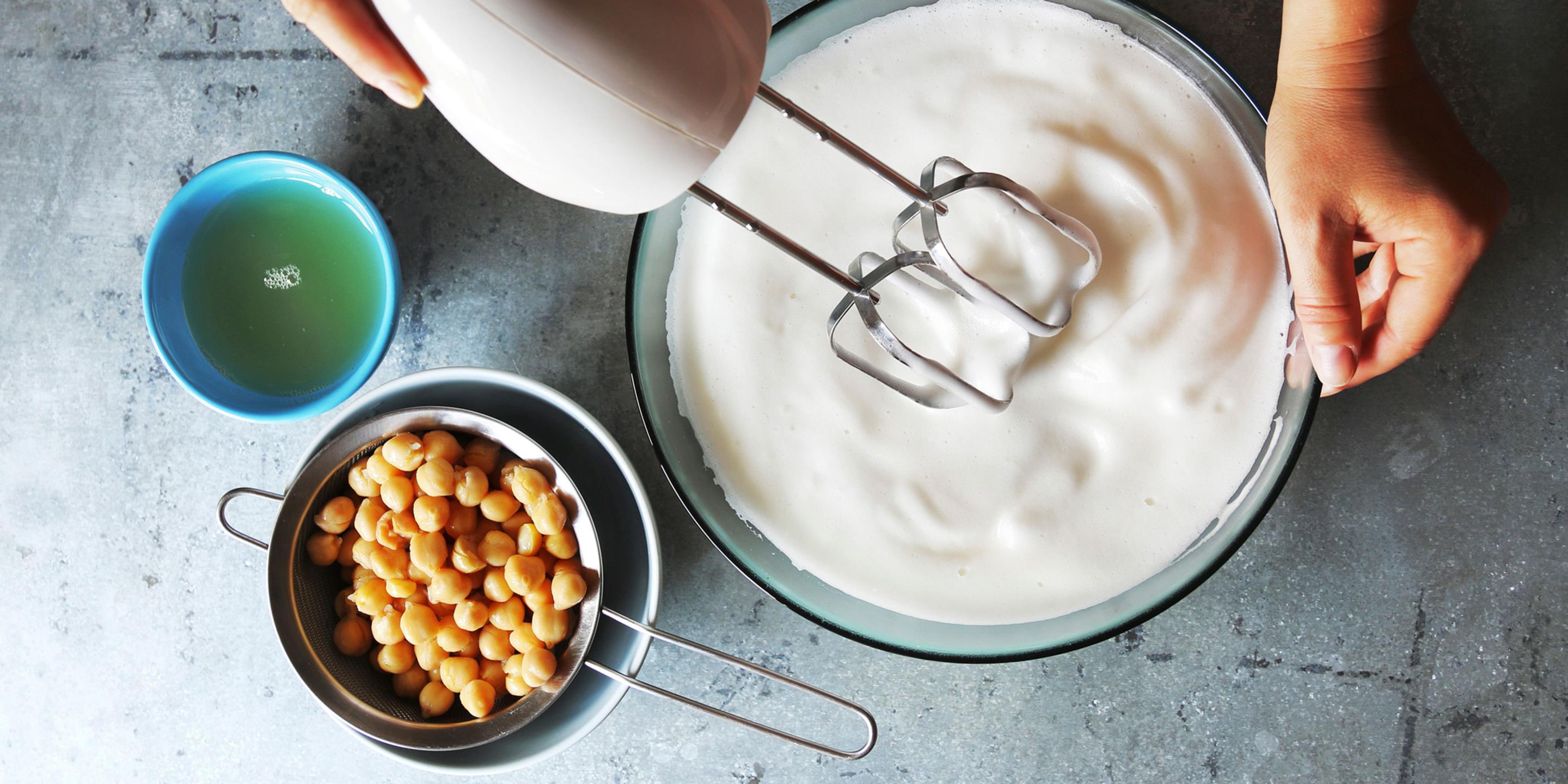 This liquid is revolutionizing vegan foods.

You wouldn’t expect much from the leftover liquid in a can of chickpeas or navy beans, but don’t toss it down the sink just yet, especially if you’re following a vegan diet. The viscous fluid that bathes your beans and other legumes has a surprising talent for imitating the properties of eggsand egg whites. Known as aquafaba (coined from Latin for “bean water”), you can use it to help keep veggie burgers from crumbling or in quick breads like cornbread or zucchini—basically any place you might want an egg to help bind and thicken a food. (You can also use it to replace oil in foods like hummus.) "It’s really been a game-changer for us,” says vegan private chef Jay Astafa, who uses it for fluffy French macarons and savory aioli. “There just wasn’t a good way to imitate egg whites before this. Foods would either fall apart or have an odd smell or taste.” Even commercial companies are mining its use: Condiment manufacturer Sir Kensington recently introduced a soy-free vegan mayonnaise made with aquafaba called Fabanaise.

While you can't buy aquafaba on its own (at least not yet), nearly any liquid surrounding beans or even tofu will provide this mix of starches and proteins that helps recreate the egg experience, explains Nancy Z. Farrell, MS, R.D.N., a spokesperson for the Academy of Nutrition and Dietetics. Darker legumes like red or black beans will provide more of a savory flavor, while the lighter ones like white beans and cannellini are better for desserts. Whatever the source, one tablespoon of aquafaba equals one egg yolk, two tablespoons equals one egg white, and three tablespoons a whole egg, says Farrell. It’ll keep in the refrigerator for about two to four weeks or in an airtight container in the freezer for much longer.

In terms of the nutritional profile, there are roughly three to five calories and one gram of protein per tablespoon, and the concentrations of everything else tested so low that they did not register on a US FDA food label. “There’s a lot we’re still trying to understand about it,” Farrell says. “But for now, it’s safe to say you can definitely expect to see a lot more from this ingredient, especially among those who are looking to cut any animal products out of their diet."