Why fit people get nightmares 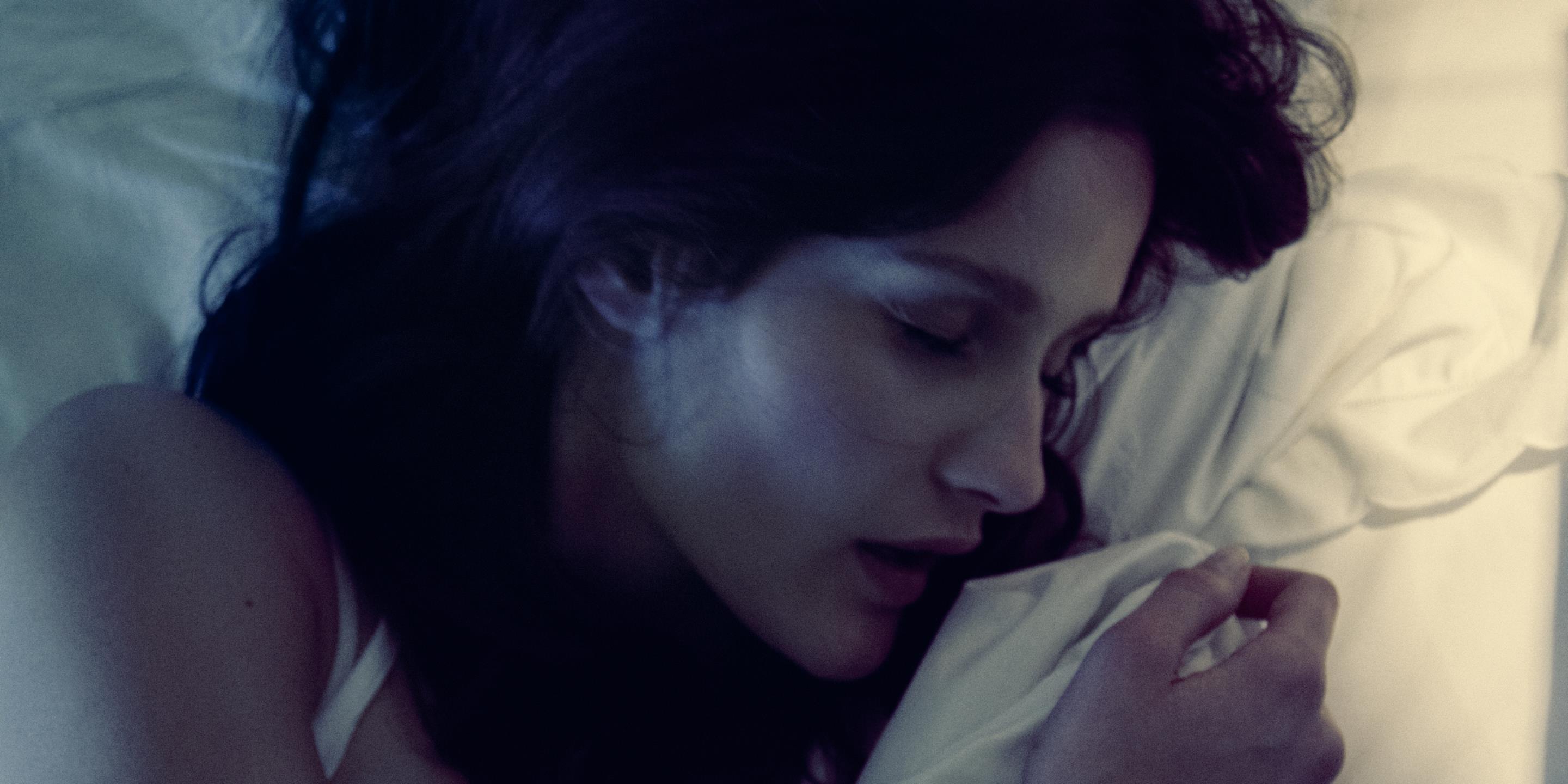 Experts explain how your workout could impact your dreams, and more.

The average human dreams for about 90 minutes to two hours every night; but sometimes, we have the nightmarish kind that wake us up in a cold sweat.

And, unfortunately for the average healthy person, “occasional nightmares are probably pretty normal,” says Jennifer Martin, Ph.D., a clinical psychologist and a member of the Equinox Health Advisory Board. Eighty to 90 percent of people experience them at some point in their lives, according to the American Sleep Association. Still, being jolted awake with an elevated heartbeat at 3 a.m. is enough to make fit bodies wonder what’s going on in their minds.

However, it's not a simple answer because just about anything that disrupts sleep (noise, being uncomfortable, alcohol—even your workout) can be the culprit, says Martin. Take tacos for dinner: The food itself didn’t cause your nightmare, but when you laid down, acid reflux might have interrupted your sleep enough that you became aware of your dreams, explains Rafael Pelayo, M.D., a sleep specialist at Stanford’s Sleep Medicine Center.

But more often than not, nightmares reflect our emotions since we process our feelings while we sleep, explains Pelayo. So having one after a particularly stressful event could be your body’s way of dealing with the anxiety or pressure, says Martin.

By their very nature, bad dreams are disruptive, though. Often, sufferers struggle to fall back asleep, and if they become chronic, can even fear going to sleep. Having them on the regular is also associated with psychological conditions, like depression and post-traumatic stress disorder (PTSD). So if you’re dealing with them more nights than not, consider seeking treatment from a sleep specialist, says Martin.

If it’s just the occasional fright? Put your sleeping mind at ease with these expert-backed techniques.

Exercise in the afternoon. Fitness has variable effects on sleep, but usually workouts in the afternoon promote deeper, uninterrupted shuteye, notes Pelayo. Sweating too close to bedtime can throw off your body’s thermodynamics, he says.

Focus on emotions, not content. “A nightmare is very likely to be providing some intense information that may be worth looking at,” says Barry Krakow, M.D., medical director for the Maimonides Sleep Arts & Sciences in Albuquerque, NM. But know this: It’s the disturbing emotions in your dream that are the most guiding elements, not the content itself, he adds. Say you wake up scared. Hone in on the emotion of fear. Is there anything you are or should be afraid of? Trying to understand and address it can help explain the dream, Krakow says.

Sleep in. The more sleep deprived you are, the more likely you are to dream (and have nightmares), says Pelayo. If you’re cutting out sleep—particularly on the tail end (“the bulk of dreams come in the last third of night,” says Pelayo)—you’re inhibiting dreaming, so you’ll dream more the next night. Solid, consistent slumber keeps things more even-keeled.

Get in the fetal position. Snoozing on your backside can cause your tongue to slide back, which may obstruct breathing. This disruption makes you more likely to have a nightmare, says Pelayo.

Re-write the ending.A technique called rescripting has been shown to decrease the frequency of recurring nightmares, Martin says. How it works: Write down your dream with a neutral or positive ending and run it through your mind several times during the day. “Nightmares become kind of habitual,” she says. “If you have the same one over and over, that makes a strong connection in your brain so it jumps right into what it knows.” Practice a different narrative, though, and you reduce the likelihood that this automatic pathway is triggered, she says.