Edible is the new wearable 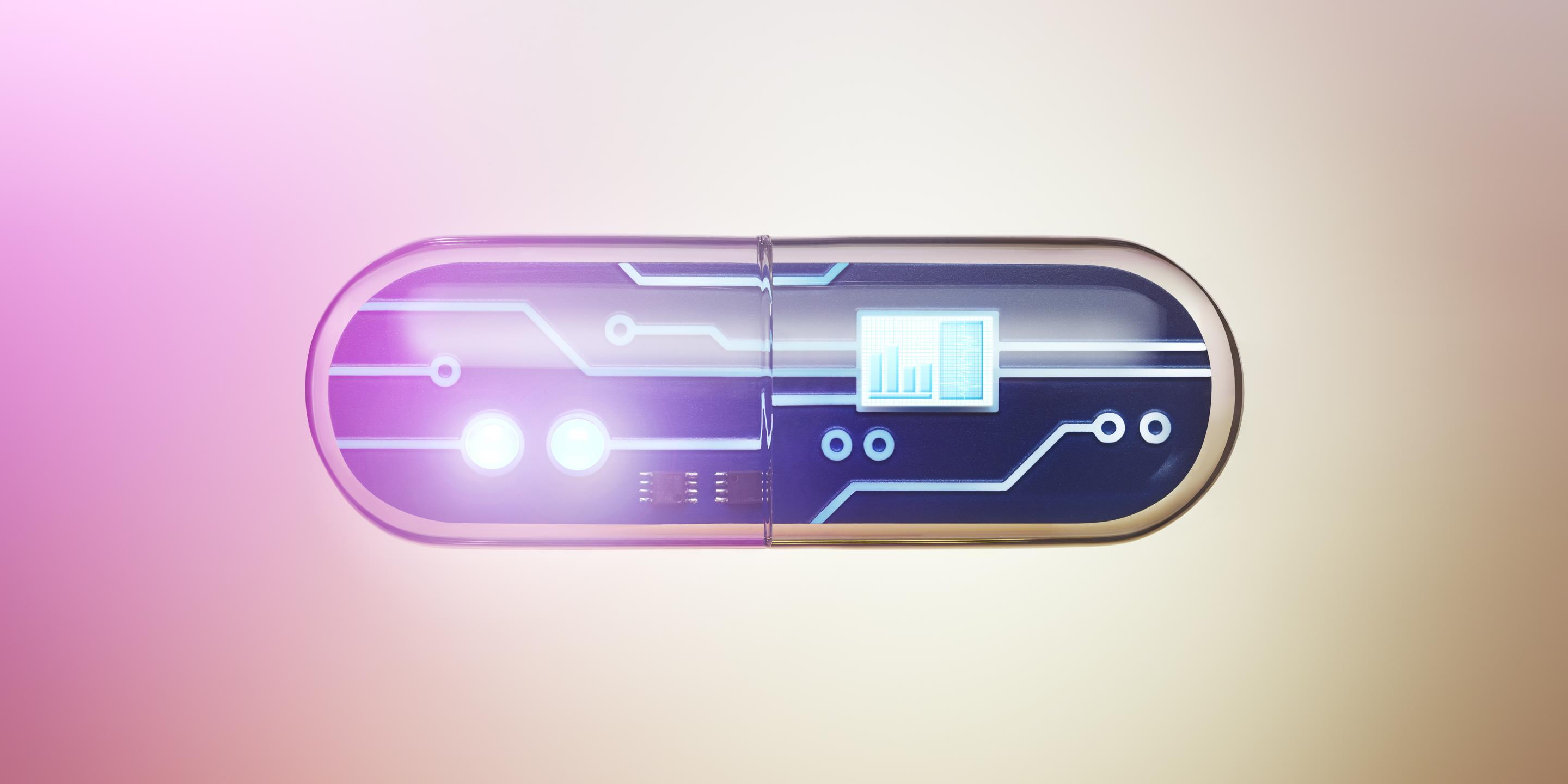 Ingestible tech is moving towards mainstream use

From tracking hydration to daily steps, wearable tech allows exercisers to become analystsof their own bodies. Now, health-monitoring technology is going even further: Instead of wearing it, you ingest it. Scientists are working on digital pills—essentially tiny computers—that can be swallowed. While the advances thus far are primarily focused around trauma patients and those with conditions such as an irregular heart beat, they could have larger implications for everyone from elite athletes to military personnel and even frequent travelers.

Edible tech with cameras is already in use for things like inspecting the intestines and could eventually replace the need for colonoscopies. Similarly, MIT biomaterials scientist Albert Swiston and gastroenterologist and biomedical engineer Giovanni Traverso created a capsule-sized “ingestible stethoscope,” which monitors vital signs such as heart and respiratory rates and body temperature. It can also take photographs and keep track of prescription use. The pill transmits data wirelessly via bluetooth while passing through the body in the same manner as food. “Being able to travel in the bloodstream or affect the nervous system, I think, is the next great frontier of medicine,” Swiston tells NPR.While it has tested successfully in pigs, the FDA is currently conducting safety trials for human use.

Eventually, health researchers hope to be able to use the technology to take samples of bodily fluids as well as incorporate drug delivery, so they could also treat any conditions detected. In the future, this innovation could also help high performers. For example, marathoners could use it to track their heart rates and soldiers could monitor their vitals during missions without external equipment.

Airline passengers could also benefit from downing a capsule with their complimentary beverage. British Airways recently submitted a patent application for a pill that flyers would take, which would indicate to flight attendants when they were awake, asleep, hungry, nervous, hot or cold. A wearable device (like a bracelet) would receive the data and encourage travelers to drink water or stretch their legs as needed. Thus, a tailored flight experience could help reduce the effects of jet lag.