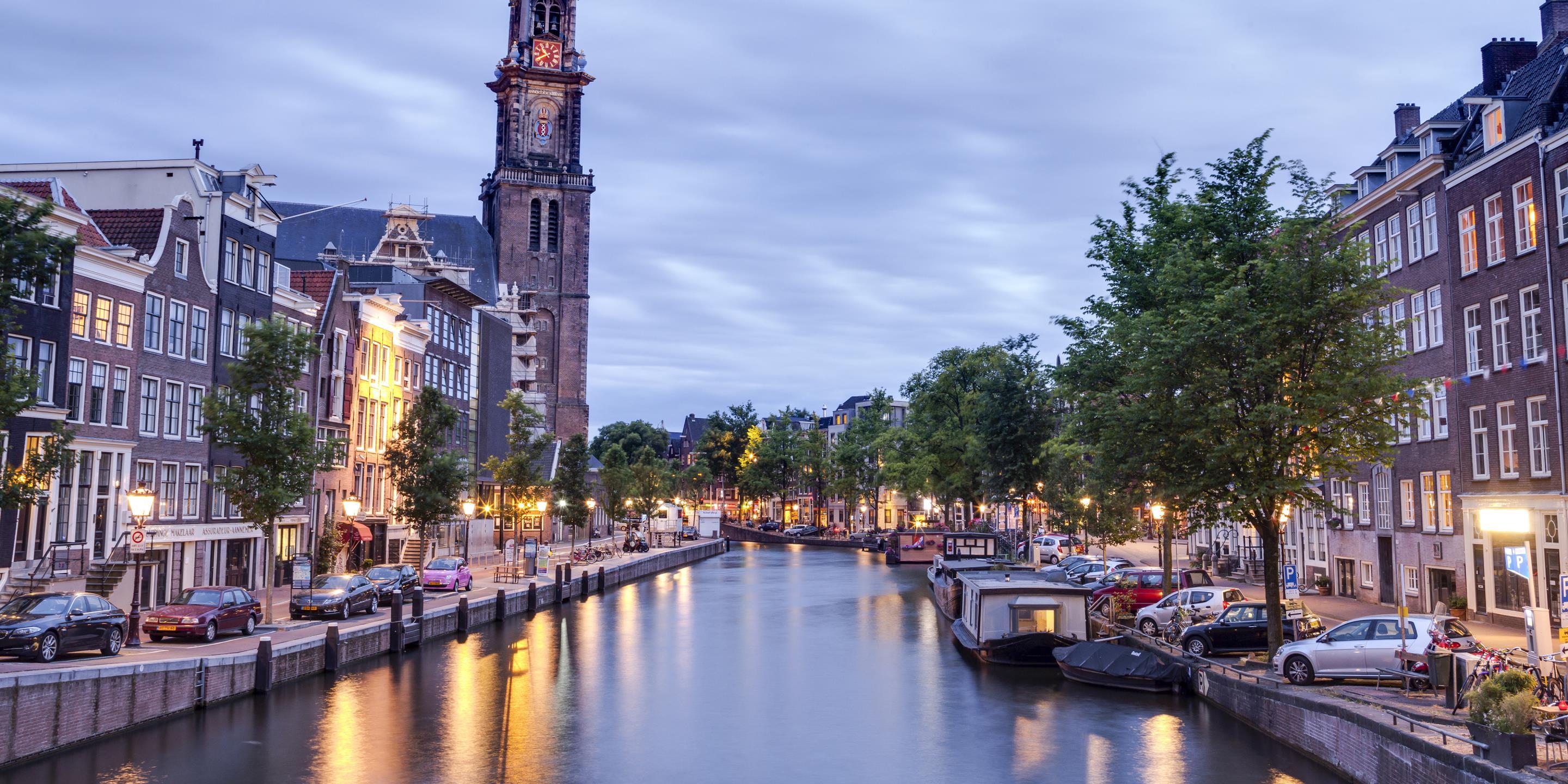 Of all European cities, Amsterdam is the most exciting place to visit at the moment. Because while some things about Holland's capital will never change—like concentric canals lined with super-charming houseboats, the loopy café culture and a history of producing and collecting incredible art—it’s now buzzing with the energy of a slew of new attractions. A handful of just-opened hotels are sophistication incarnate, high-end restaurants have popped up, including one on its own organic farm, and two new museums are showing Dutch crafts and rarely-seen work by Warhol and Banksy. And November is one of the best times to visit Amsterdam because the tourist season has winded down and the weather is still nice.

If you’re someone who can’t resist a stylish hotel, you’ll need at least a long weekend to bop between all the new options in town. One of the buzziest of the bunch is The Hoxton, an offshoot of the hotel of the same name in East London. Carved from five 17th-century homes on the canal—one of which was once the mayor’s residence—the 111-room hotel is sun-lit and airy. The lobby’s popular among local designers and writers, who fuel up on strong coffee and avocado on toast, and the location’s hard to beat: It's in the middle of the boutique-and-café-filled Nine Streets neighborhood.

Two blocks away on another canal, the three-month-old Pulitzer Hotel bills itself as a “neighborhood,” and that’s not even hyperbolic: The hotel is a maze of 25 connecting Golden Age canal houses that are now home to 230 rooms, manicured garden terraces, and a restaurant, Jansz, that plates miso cod and lobster risotto. Aesthetes will appreciate the glam-meets-Scandi-style found here, from velvet chesterfield couches to glimmering curved chandeliers.

You’ll discover heaps of minimalist interior inspiration at another new hotel, Zoku, where rooms make the very most of every square foot: lofted beds sit at the top of stairs that collapse into the wall, and gymnastics rings hanging from the ceiling can facilitate your morning pull-up routine.

Amsterdam’s eating options have expanded as well. For lunch, you’ll do well at Pluk, a minimalist café specializing in fresh juices and salads (plus frosted cakes for good measure). Ree7 is another comfortable option that serves a bang-up burger—along with quinoa salads and eggs all morning—around the corner from the Pulitzer. For dinner one night, it’s worth heading out of the city center (via twenty-minute cab ride from Nine Street) to Restaurant As, which sits on its own organic farm. Helmed by an Alice Waters alum, it has long, rough-hewn wood tables and a menu featuring lamb dressed with apples, pumpkin and walnut creme; chicory-and-squid salad; as well as a range of Dutch cheeses instead of dessert.

Between taking in the Rijksmuseum’s Vermeers and reliving an exceptional artist’s life at the Van Gogh Museum, you should also find time for two new art experiences. The contemporary Moco Museum opened with a bang in April 2016 by showing the world’s first Banksy exhibition, along with a collection of Warhols (both of which are still on view). And Arita House, in a 1920s building, has an unusual focus: it’s dedicated to the relationship between Japanese and Dutch craftsmanship. Once you walk through the collection of porcelain from both countries, it'll be hard to leave without a little souvenir from the beautiful museum shop.