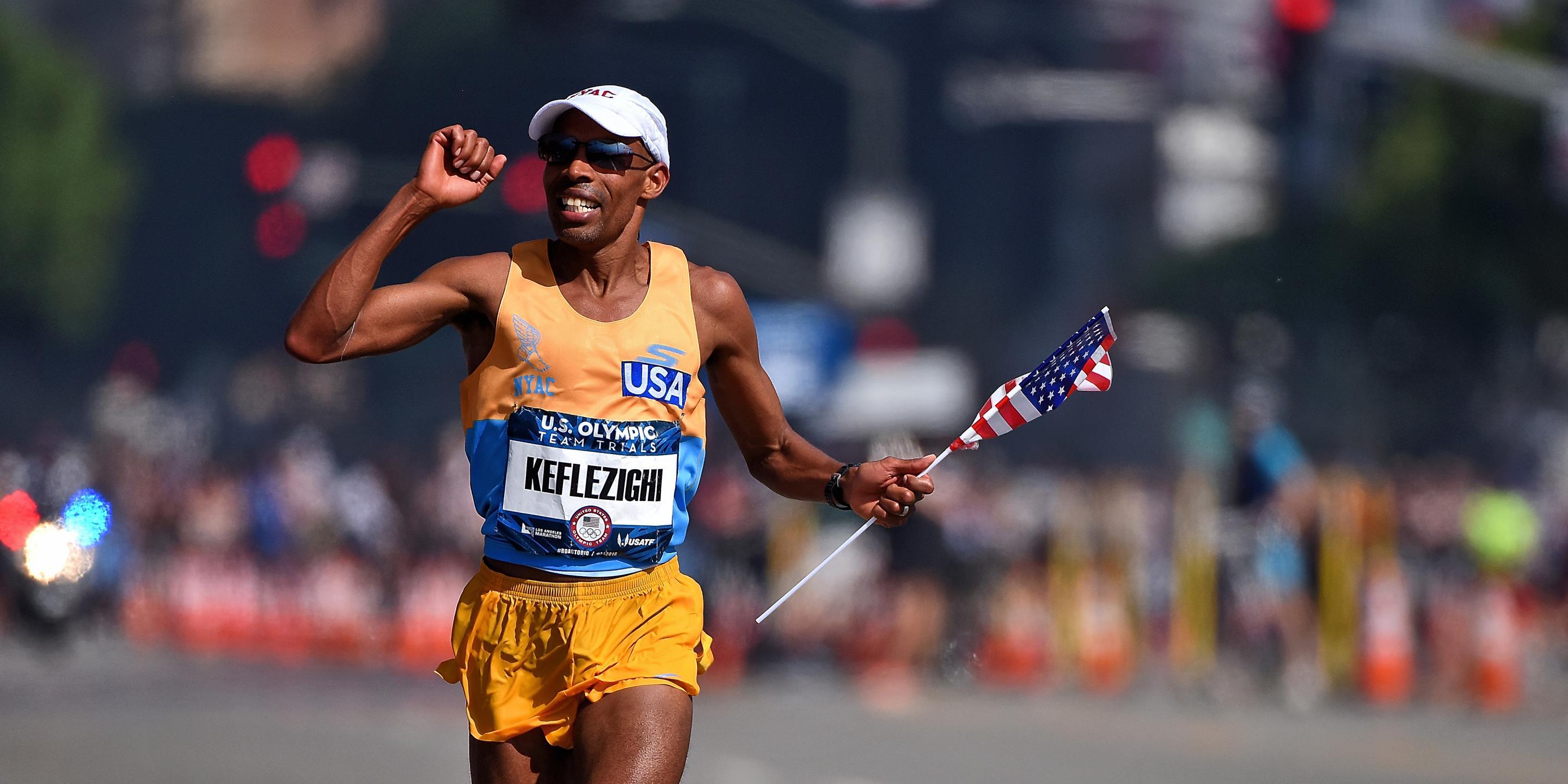 The four-time Olympic marathoner shares his holistic approach to the long game.

Ask 41-year-old distance running legend Meb Keflezighi about the secret to his longevity in the sport and he chuckles.

“It’s not just about running,” said Keflezighi, who ran his 24th marathon at the Rio Olympics, his fourth consecutive appearance in the Summer Games. “It’s the other small steps you take to make yourself better.”

Even after 26 years of a celebrated running career, during which he won a silver medal at the 2004 Olympics in Athens followed by titles at the 2009 New York City Marathon and 2014 Boston Marathon, Keflezighi admits there’s more he would like to accomplish.He did, after all, run a personal best time of 2 hours and 8 minutes when he became the first American man across the finish line of the Boston Marathon for the first time in 31 years. He was 38.

In conversation with the marathon superstar, widely referred to by his first name, he discusses how he primes his body to endure the sport at an elite level.

The Training Regimen:I used to be very precise about mileage, but now I go by how I feel. I do a lot of self-monitoring. Sometimes I make the decision on the day. I’ll decide what my body needs, what the goal is and try to accomplish it. The most important thing is to not over do it, but to get to the start line healthy.

Back in the day, I used to just get up and go. I can’t do that anymore. I stretch and foam roll for about seven minutes before I run. I take easy days easy and my hard days hard, but I have more recovery days between. Right now, I run 70 to 80 miles per week. Eventually I’ll go up to 120 max. I had a hard run today: two-mile repeats under five minutes, more like 4:46, 4:47 per mile, with a four-minute recovery between each set. I did it three times, followed by a four-mile cool down. When I get home I do strengthening exercises like push-ups, planks and crunches.

I like to use the ElliptiGO five times a week for about an hour and half. There’s no pounding on the body.

The Nutrition Regimen:People say, ‘Oh you run 100 miles. You should totally eat whatever you want.' Not really, I can’t. I used to stuff everything into my body, but as I got older my metabolism slowed down.

This morning I had a bagel with almond butter and coffee before my run. I eat Krave jerky after I finish my morning workout, and I eat eggs and toast an hour and a half later. Eggs are big for me. Chicken, fish—not salmon, unless it’s wild—and beef are my other go-tos for protein. Sometimes I’ll throw Krave jerky onto a salad for lunch. I’ll eat berries throughout the day. At night I’ll have steak with rice.

My wife Yordanos does all the cooking. I cooked when I was single, but she’s a much better cook than I am. She’s really good with curry. We’ll eat a lot of beef or chicken curry.

I always have almond or peanut butter, creamer—I think I drink more creamer in my coffee than coffee—and a lot of fruit like blueberries, oranges or apples, in my fridge. I also always have something in the car or in my backpack when I travel, like jerky, a PowerBar and almonds.

The Regeneration Regimen:Staying injury-free is not easy. Today I went to the chiropractor, and also iced my calves and knees. Over the years I’ve learned to just do the normal things that are very small, but they end up being a big deal when you put it all together. When I come home after a workout, I take my shoes off, shower and stretch thoroughly, focusing on the hamstrings, quads, abductors, calves and Achilles. Seven days a week, 365 days, it adds up.

What’s Next:I would like to race hopefully by the end of the year or by early 2017 do a half-marathon. I’m training now, but I’m just general conditioning. As I get fitter, I’ll make a decision to compete. I want to stop at 26 competitive marathons. I hope to do one in the spring and one in the fall next year. So in about 13 months, my competitive career—expecting to win, expecting to perform at a high level—will be over. But I’m not going to disappear just because I retire. I want to be involved in some capacity, [attend] clinics at expos or meet and greets, which I’ve been doing for many years. I would also like to help others accomplish their goals, whether it’s to break five or six hours [in a marathon] or two and a half or three hours for a half marathon.