Op-Ed: I hate being a Little League dad 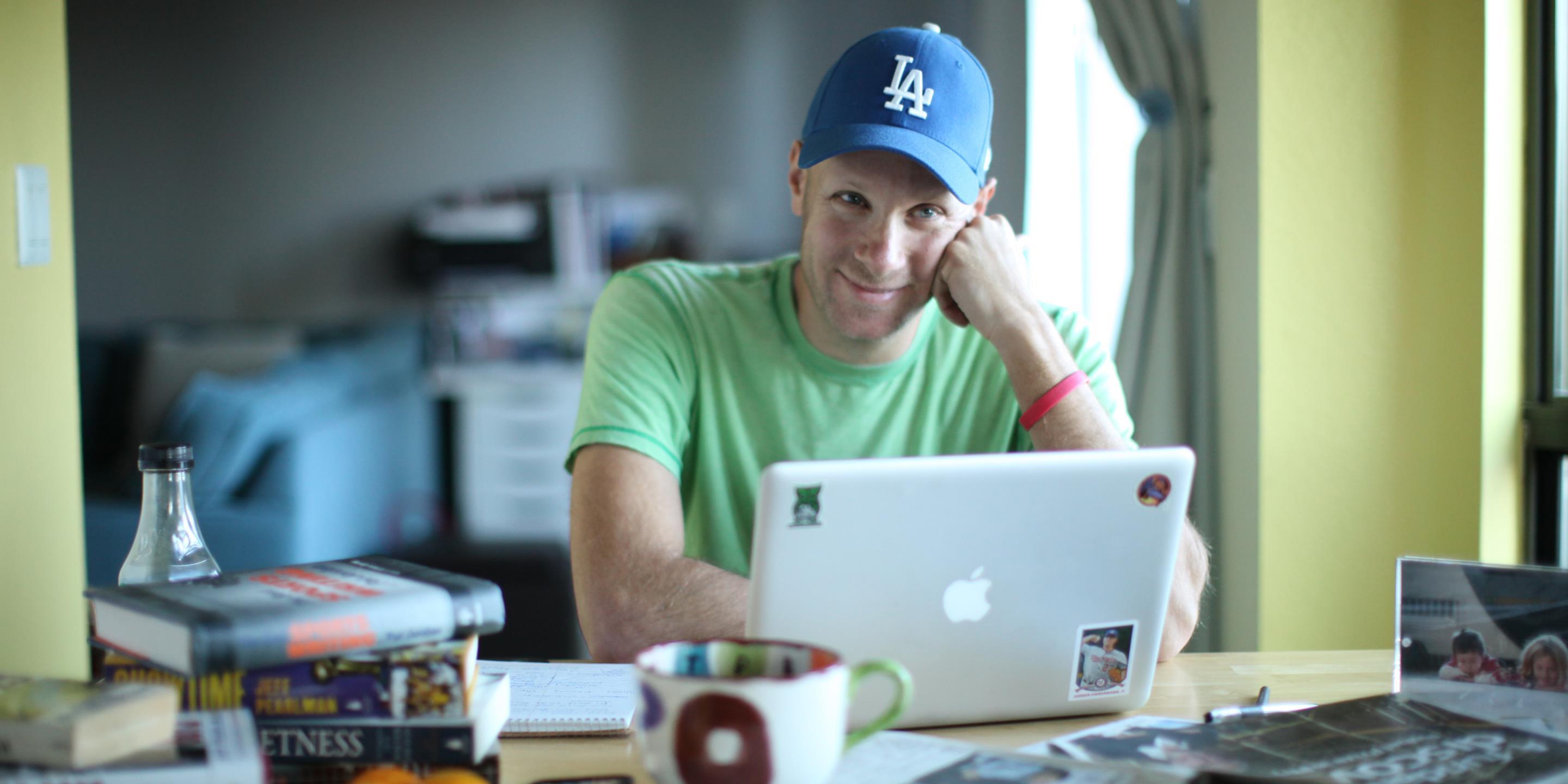 “Back when I played college football …”

The words were uttered five minutes into my son’s first flag football practice last fall by a man who, to his credit, looked as if he had, indeed, played college football. He was a stocky guy, big neck muscles, sizeable forearms. He reminded me of Tom Rathman, the San Francisco 49ers fullback from the 1990s. Same chin. Same strut. Some cocky air.

“… it was tough. The game was tough. And when I had my tryout with the Dallas Cowboys, well, it made everything worthwhile. My hard work had paid off.”

We were all gathered around—parents and children—to meet the staff and prepare for what was to come. Coach told the kids, ages 9 and 10, that he expected toughness and excellence. Yes, fun was important. But there was more to flag football than fun. It was about developing character. “Character,” he said, “wins football games.”

When the 1 ½-hour practice ended, I introduced myself.

“So you played college ball?” I asked.

“Yup,” he replied. “Utah State. Then I had my tryout with Dallas.” His chest puffed out as D-A-L-L-A-S escaped his lips. I swear, it puffed. “I feel like I can teach the kids not to make the mistakes I did …”

I called. “I know that guy,” he said. “He’s done this before, but he didn’t play football here. I looked into it. He’s lying.”

I am the father of two children. My daughter is 13 and plays water polo. My son is 10 and plays baseball, basketball and flag football. There were few things I looked more forward to than this athletic period in my kids’ lives. And yet, I would now give my right kidney and a box of orange Capri Suns to have it all disappear.

Here in Southern California, the youth sports scene has almost nothing to do with fun and recreation, and everything to do with developing our next generation of resentful ex-high school jocks. It’s a place where coaches demand excellence; where 10-year olds destroy their pre-pubescent arms by throwing for the local team on Tuesdays, the travel team on Saturdays, the private tutor (usually some guy whose $250-per-hour fee is powered by the seven innings he pitched for the 1991 Astros) on Mondays and Thursdays. I’ve seen fathers punish their children for an 0-for-3 game with wind sprints in the outfield. I’ve seen mothers yell “Shoot! Shoot!” whenever their sons touch the basketball. I’ve seen parents square off against other parents in the stands after a tough Pop Warner hit; after a disputed layup at the buzzer. Or, to be blunt yet 100-percent truthful: As I write this, I am sitting by a youth baseball field in Laguna Niguel. My son Emmett is on the Orioles, and they’re playing a game against the Angels. The score is 11-10—and a woman to my left is holding a radar gun, charting the velocity of the pitches. Please read that again: She is clocking 10-year olds.

Back when I was a kid, growing up on the mean streets of rural Mahopac, N.Y. in the early 1980s, there was none of this. First, we spent most of our time competing either at the hoop on the bottom of my driveway or in Brian Cennamo’s spacious backyard, beating the snot out of one another in games of tackle football and kill the carrier. There were no over-lording coaches or intrusive parents. We developed our stances and jump shots and throwing motions by trial and error and repetition.

Best of all, it was fun. The games were punctuated by debates on the merit of Hulk Hogan v. Andre the Giant and Don Mattingly v. Keith Hernandez. We’d discuss a female classmate’s hotness, the new Corey Feldman movie, boogers and farts and the haunted mansion up the block. At night, I’d return home for dinner dirty, bloodied and giddy.

Generally speaking, I don’t tell many people here about my two decades as a sports writer. It comes off as braggy and obnoxious. But when I snap—and, inevitably, I will snap—I’ll say this: Our children are kids for the tiniest sliver of time. It comes, it goes, it’s over. The youthful enthusiasm fades away. The unbridled giddiness turns into calculated hardness. In your rush to turn your tyke into the next Derek Jeter or Steph Curry, you’re robbing him (or her) of the splendid gift that is childhood.

Oh, and Derek Jeter… Steph Curry—I’ve covered them. Yes, they make a lot of money, play before packed crowds, lather in the adoration of the masses. But those lives you desperately covet for your offspring are also filled with endless hours of repetition, of long days in the gym, of insecurity and isolation and minor league demotions to Topeka and Trenton.

I’d rather my kid become an artist or scientist.

Actually, scratch that. I’d rather he simply have fun.