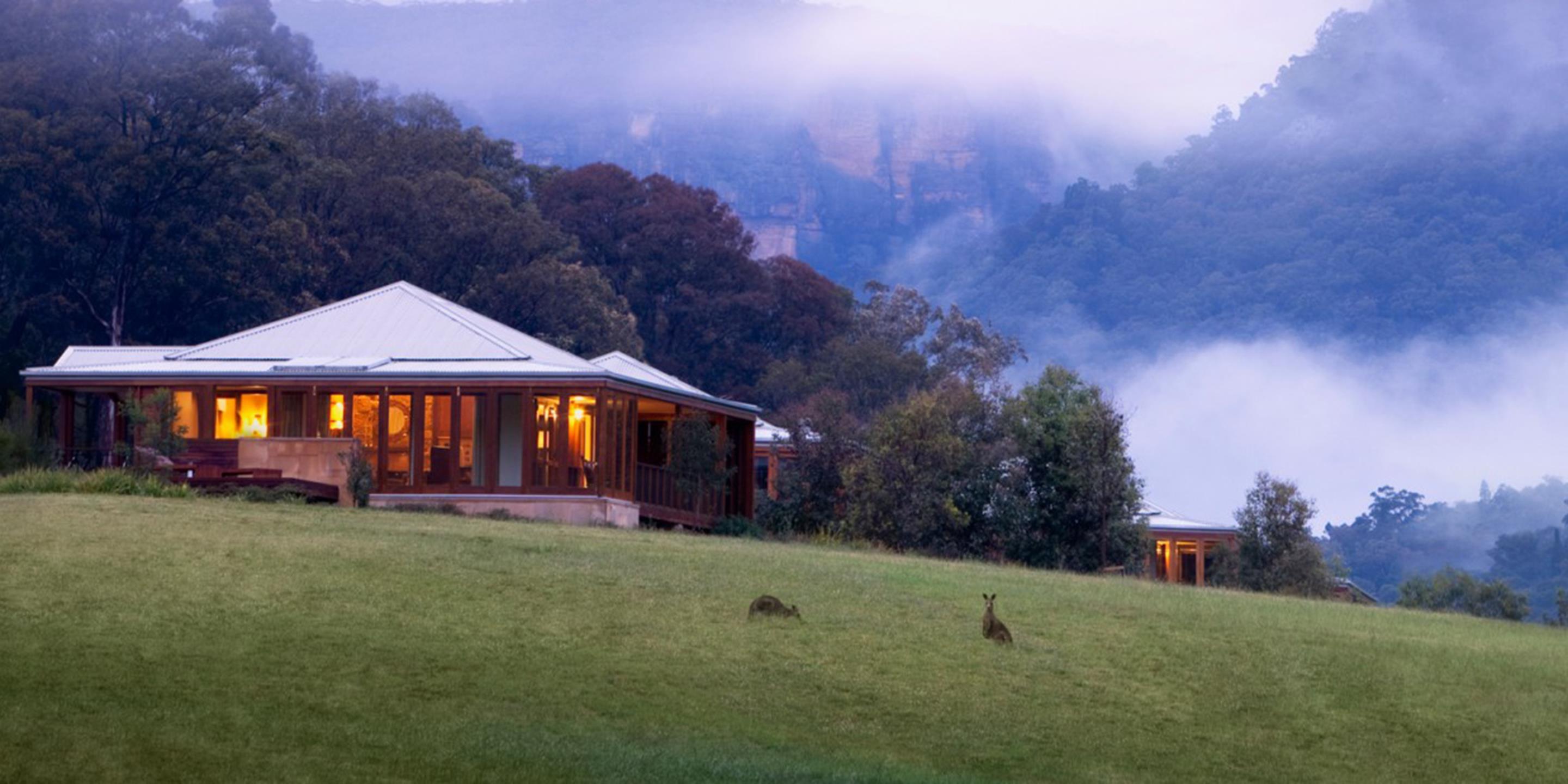 Five high-end hotels that take advantage of their natural surroundings.

According to a Stanford University study, spending time in nature positively affects your brain. And when you're taking a stroll amongst the wilderness while on vacation (a time when you're usually already in a relaxed state of mind), it could be argued that it's even better for your mental health.

That's probably one of the reasons why the Rosemont Hotel and Residences in Dubai will feature a massive 7,000 square-meter rainforest complete with adventure trails, waterfalls and more when it opens in 2018. But this high-end hotel isn't the only getaway that's taking advantage of the healing aspects of nature. Here are five hotels that consider their natural environment a top amenity—all places you can visit now:

Only 13 plantation-style villas sit on three miles of private beachfront, but this exclusive resort has just as much going on in its green backyard as in its white sand front. Completely designed by the late fashion designer Oscar de la Renta, Tortuga Bay is a luxury enclave within the 1,500-acre “Ojos Indigenas” ecological preserve with hiking trails, conservation habitats for iguanas and hawks, and 12 freshwater lagoons, five of which are open to swimming. It’s entirely possible that you’ll have one of the crystal clear natural pools completely to yourself, but don’t float away the whole day. Tortuga Bay is also home to de la Renta’s first resort boutique and the only Six Senses spa in the U.S., and its guests receive complimentary VIP treatment at the world’s first privately-owned international airport.
Find it

This 4,200-acre, family-run estate in the Great Smoky Mountains is a Relais & Chateaux property. The 69 rooms here run the gamut, from suites to cottages and multi-bedroom houses. There’s no doubt that Blackberry Farm has put all of its land to excellent use, and much of it is open to guests with horseback riding trails, a fly fishing stream, country roads for biking, three miles of hiking and geocaching paths, and classes on wilderness survival. And, of course, there’s the farm itself, which involves you in the food production process through farmstead tasting tours, truffle hunting, and even learning about the preservation of heirloom seeds.
Find it

emirates one & only wolgan valley, australia

London’s popular members-only club has expanded to the countryside, but anyone is welcome to stay at this property. The 40 cabins, seven-bedroom farmhouse, and four-bedroom cottage form a resort of an 18th-century farm on 100 private acres in Oxfordshire, which is 75 minutes by train from London and on the edge of the Cotswolds. It’s about as far from the hustle and bustle of the city as one can get, and to reward guests for that commute Soho Farmhouse has a boathouse with outdoor and indoor heated pools, tennis courts, a soccer pitch, a winter ice rink, a gym and much more. And its Cowshed spa is on its own island in a nearby lake.
Find it

It just so happens that the 91 villas and pavilions of the Four Seasons Resort on the Malaysian island of Langkawi are neighbors with the first UNESCO (United Nations Educational, Scientific and Cultural Organization) geopark in Southeast Asia. While the resort is known for its Instagram-friendly, adults-only “quiet pool” and its mile-long beach with SUP yoga, guests are also able to go rock climbing without leaving the property. Safari boats pick you up right from the Four Seasons beach for explorations of the Kilim Karst UNESCO Geopark and its residents, including monitor lizards and brahminy kite eagles. For a personalized, high-energy experience, opt for the jet skis and zoom through the mangrove channels and around the neighboring islands before discussing all you saw with the resort’s resident naturalist.
Find it
48 hours in Big SurLife