5 lessons from writing 'The Sleep Revolution' 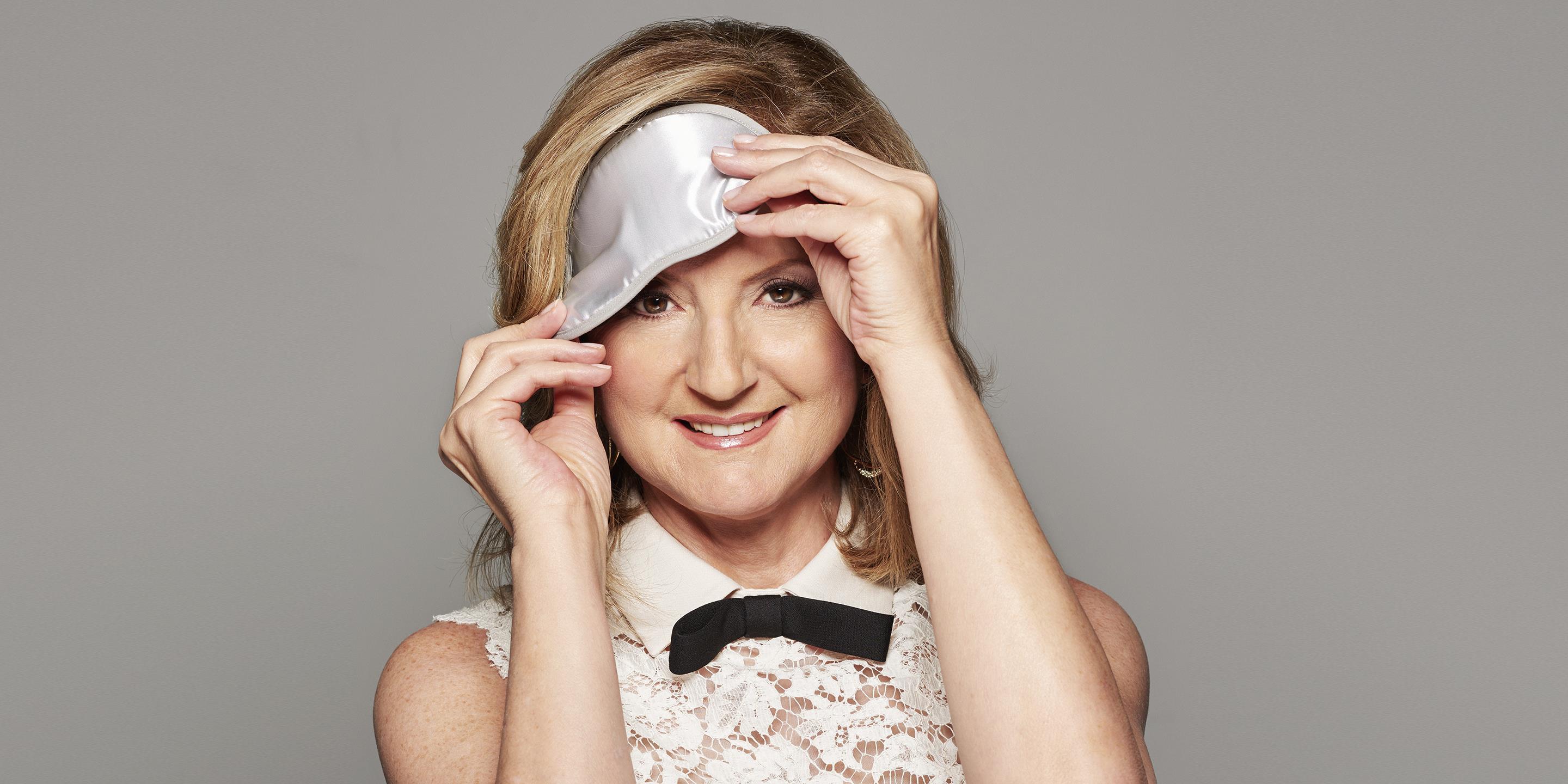 If we're going to truly thrive, we must begin with sleep. It's the gateway through which a life of well-being must travel.

The Huffington Post and Furthermore care about your sleep. And with good reason. Arianna Huffington lays out the argument that sleep is the cornerstone of a healthy, high-performance life. To wit: Arianna and Jennifer Martin, PhD, adjunct associate professor at the David Geffen School of Medicine at UCLA and a member of the Equinox Health Advisory Board, will help diagnose what stands between you and a restful night. Message them below and it could be answered in an upcoming story.

The idea for The Sleep Revolution grew out of Thrive, my book about how to bring more well-being, wisdom, wonder and giving into our lives. Sleep was just one element. But as I went around talking about the book, sleep was the topiceverybody wanted to discuss. Everywhere I went, I’d hear versions of what one young woman said to me after a reading in San Francisco: “I don't remember the last time I was not tired.” So I realized the role of sleep in our lives needed a fuller exploration. Which is all to say that I went into The Sleep Revolution with a very healthy respect for sleep. But the most surprising thing I learned overall while researching and writing the book is just howimportant sleep is––how deeply and profoundly it is intertwined with every aspect of our physical well-being, our mental health, our job performance, our relationships and our happiness. There are fifty pages of scientific endnotes in the book—if there was an interesting or notable study I missed, it wasn’t for lack of trying!—but here are a few conclusions that surprised me.

It’s long been known that sleep is important to our brain health, but recent research is revealing some of the particulars of that relationship. For centuries, especially since the Industrial Revolution, it was assumed that the sleeping brain was simply resting, that it was the opposite to our active, alert day-time brain. It turns out that the sleeping brain is feverishly busy, and the work that’s being done is as important as anything being done during the daytime. For example, it is during sleep that our brain clears toxic waste proteins––the kind associated with Alzheimer’s disease.

I loved the way Maiken Nedergaard, MD, a neuroscientist at the University of Rochester, put it: “It’s like a dishwasher,” she said. “The brain only has limited energy at its disposal, and it appears that it must choose between two different functional states—awake and aware, or asleep and cleaning up. It’s like having a house party. You can either entertain the guests or clean up the house, but you can’t really do both at the same time.”

Since sleep is at the heart of everything we do, it should come as no surprise that it’s also related to that other s-word: sex. In a 2015 study from University of Michigan Medical School and Kent State University, researchers recorded how long women slept each night and tracked that against their level of sexual desire the following day. The scientists found that every additional hour of sleep equated to a 14 percent increase in the likelihood of sexual activity.

As for men, a 2013 Danish study found that those who slept fewer than six hours per night or reported high levels of sleep disturbance saw a reduction in sperm count of more than 25 percent. Sleep deprivation has also been associated with erectile dysfunction. Though simply sleeping more won’t guarantee a better sex life, it’s also clear that when we’re sleep-deprived and exhausted, it’s much more difficult to have a healthy sex life.

I was stunned by the extent to which the sleep revolution is in full swing in the sports world. It’s no longer a secret that sleep is the ultimate side-effect-free, totally ethical performance enhancer. In fact, the elite sports world is helping to destroy our collective delusion that sleep deprivation is the macho, disciplined way to win. It’s exciting to see more and more world class athletes coming out of the burnout closet to talk openly about how embracing sleep helps them win on the court and in the field.

One of those is Golden State Warriors player Andre Iguodala. In the beginning of his career, he paid little attention to his sleep. He’d usually stay up late watching TV and then wake early to hit the gym. This went on until he turned 30. That’s when he told the Warriors’ director of performance he wanted to see a sleep specialist. And he started taking his relationship with sleep much more seriously. He banished devices from his bedroom, started tracking his sleep and he began to go to bed earlier. As he put it, “Sleep good, feel good, play good.”

The results? Iguodala’s three-pointer percentage more than doubled, points per minute went up 29 percent, free-throw percentage increased by 8.9 percent and turnovers dropped 37 percent. After being named the Most Valuable Player for the 2015 Finals, he Instagrammed a picture of himself cradling the trophy, a nod that sleep had been a game-changer.

Researchers have long known of the relationship of sleep to our overall health, but the findings of the direct role sleep plays in our immune system function have some surprising implications. Of course, weakening our immune system through sleep deprivation makes us more likely to get colds or other garden-variety illnesses but it also plays a role in more serious conditions. For instance, it turns out that sleep deprivation even allows cancer to spread faster. Researchers from the University of Chicago and the University of Louisville found when mice were injected with cancer cells, those with sleep disturbances and poor sleep quality had more aggressive tumors and quicker growing cancer. “It’s not the tumor, it’s the immune system,” explained study director David Gozal, MD, an expert on pediatric sleep disorders and chairman of pediatrics at the University of Chicago Medicine Comer Children’s Hospital. “Fragmented sleep changes how the immune system deals with cancer in ways that make the disease more aggressive.”

On a happier note, according to a study by the Sorbonne University in Paris, even short, 30-minute naps were found to lower stress and boost the immune system.

The brain as computer

I learned that the complex workings of the sleeping brain aren’t just keeping sleep scientists busy – they’re also inspiring and informing the work of innovators like Demis Hassabis, whose artificial-intelligence company, DeepMind, was purchased by Google in 2014. The company’s mission is to use artificial intelligence and insights from neuroscience to help solve some of the world’s biggest problems. As they are making advances in artificial intelligence, Hassabis and his team are being driven by a key insight summarized by artificial-intelligence expert Stuart Russell: "Basically a machine that sleeps and dreams learns more and performs better in the long run than one that is always awake. What it means for a machine to sleep is to essentially switch off its direct connection to perception and action, while to dream means to repeatedly replay experiences in order to extract the maximum learning signal from them." As Hassabis told me, “It is a paradox. We think of sleep as an inefficient use of time and, in fact, it is the most efficient use of time in terms of learning and memory.”

'The Sleep Revolution' by Arianna Huffington will be available April 2016 everywhere books are sold. Pre-order your copy today to receive bonus gifts and start transforming your life tonight. Learn more at AriannaHuffington.com.