Why you should eat 4 times a day 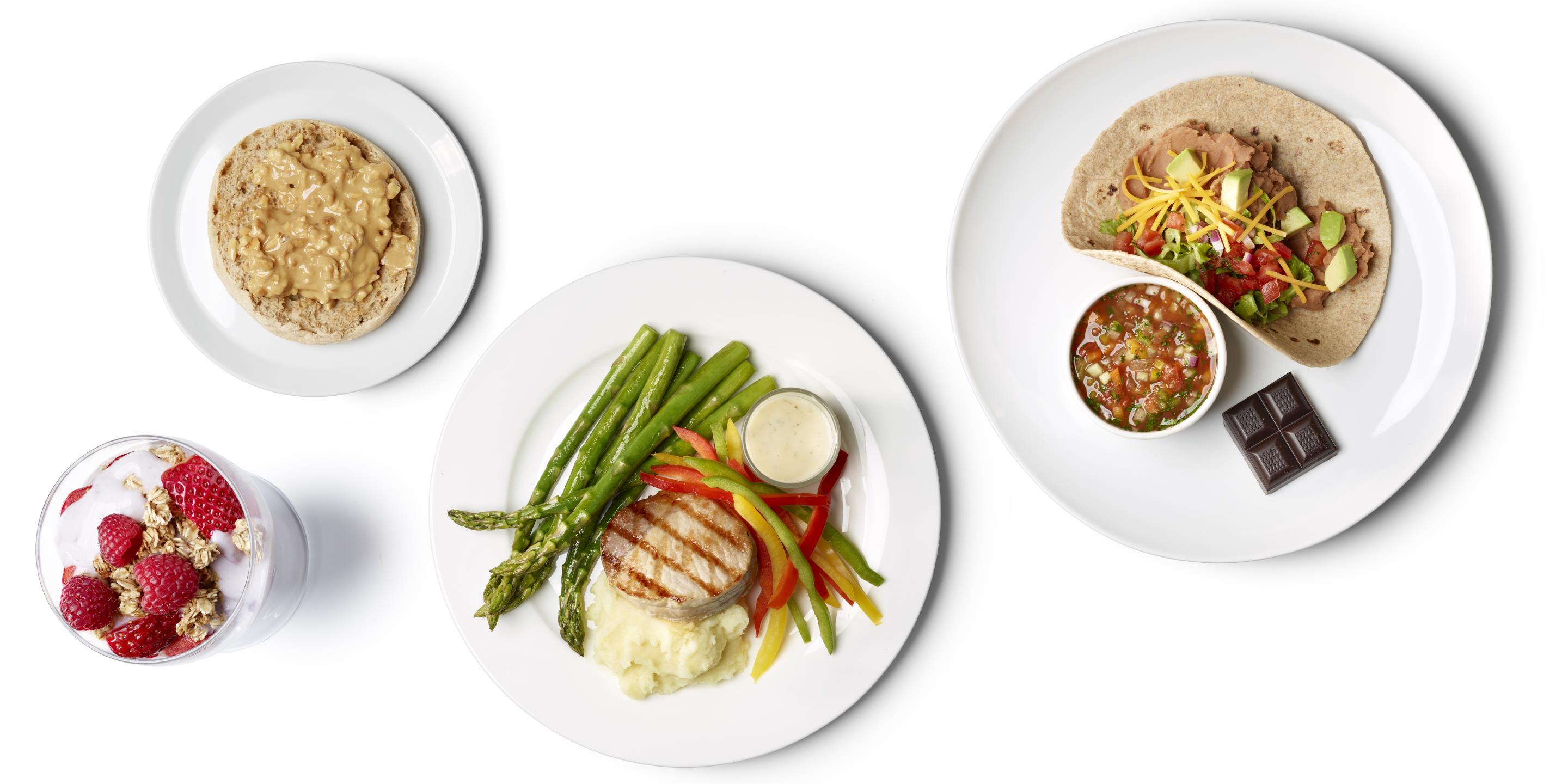 Some swear by snacks, others stick to three squares. A nutritionist settles the debate.

It can be hard to know how often to eat—whether you’re looking to gain size, trim down, or just get through the day continually energized. The idea of downing three squares and two snacks has been bandied about as often as eating six mini-meals a day. But which is ideal?

“Clients ask all the time if eating five or six times a day is necessary," says Brian St. Pierre, R.D., a fitness and nutrition coach with Precision Nutrition. “It seems daunting and many feel they don’t have time to think, plan, and prepare for that.”

According to St. Pierre, the idea of eating multiple mini-meals each day was based on early research. “There’s a thermic effect from eating. It bumps up your metabolism, so the thought was that by eating more frequently, you’d give your body a greater overall metabolic boost for the day, but it’s the total intake that matters.”

For example, a male requiring 3,000 calories a day could eat six 500-calorie meals or three 1000-calorie meals and that would translate to six smaller metabolic rises versus three bigger rises. At the end of the day, however, the thermic effect would be equal, St. Pierre explains.

There can be problems with either strategy. With the six-times-a-day scenario, you’re often eating every two to three hours and may perpetually feel like you just ate, but aren’t satisfied. On the flipside, eating too infrequently, with long stretches of time between meals, can lead to poor choices and overeating.

“It’s about finding that sweet spot. I advise clients to eat about four times a day," says St. Pierre. “That way there’s less meal prep. You can have breakfast at home, pack lunch and one snack to bring to the office, and then have dinner back home. It’s a good general rule of thumb but it’s really about figuring out what works for you.”

look at your day-to-day schedule.

“What’s feasible with the kind of job you have? Forget the physiology of what you’ve read and figure out what fits into your life,” he says. Smaller, snack-like meals may work best if your job is more on-the-go than deskbound.

ask yourself which approach you instinctively prefer.

Are you a grazer at heart or a three-squares person, enjoying fewer, more filling meals, without snacks? “The latter is what my wife prefers and it works for her,” says St. Pierre. “There’s no physiological need to snack between meals unless doing so helps you not overeat at your main meals.”

try a two-week test-drive, then assess the outcome.

Did you really eat five times a day or was four times a better fit? If so, then plan for that. Adjust accordingly, removing a meal or adding one, say if you were consistently hungry or if you were trying to gain size, St. Pierre suggests.

give adjustments another two weeks.

“Get into the flow of life and see if you’ve got a better fit. If so, make that your M.O,” he says. “But know that your days may sometimes vary and not go according to plan and big life changes like switching jobs or moving can mean future adjustments.”
Is the keto flu real?Life