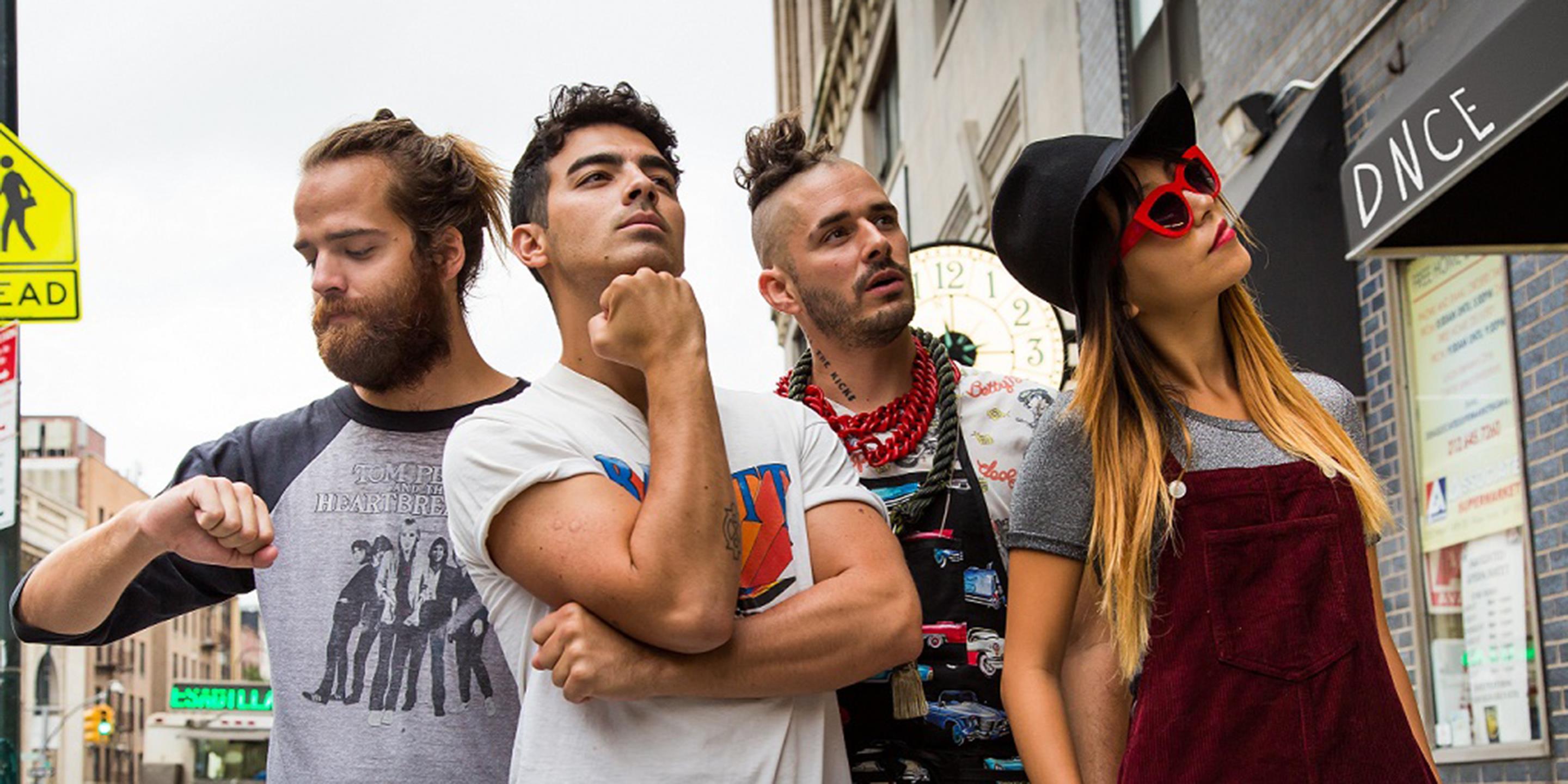 DNCE's members are an unlikely group: Joe Jonas, a former touring guitarist for Charli XCX and CeeLo Green, a Jonas Brothers tour drummer, and a former member of cult-favorite rock band Semi Precious Weapons. The L.A.-based four-piece joined forces this past summer to form DNCE, a project inspired by the pop-R&B-rock fusion of bands like Earth, Wind & Fire and Hall & Oates.

Inspired by a Swedish producer's misspoken reference to the cocktail 'Sex on the Beach' their first single, "Cake by the Ocean" is a groove-worthy breath of fresh air. (The band also just released a new EP, Swaay, this week.) In explaining the group's abbreviated name, guitarist JinJoo Lee, says: "It’s incomplete, it’s imperfect, but it’s still all right. You don’t have to be a great dancer to dance—you can dance however you want to, and still have so much fun. That’s really the beauty of this whole thing.” Listen to a playlist of the band's favorite songs to work out to (featuring Disclosure, Tame Impala, and others) below.