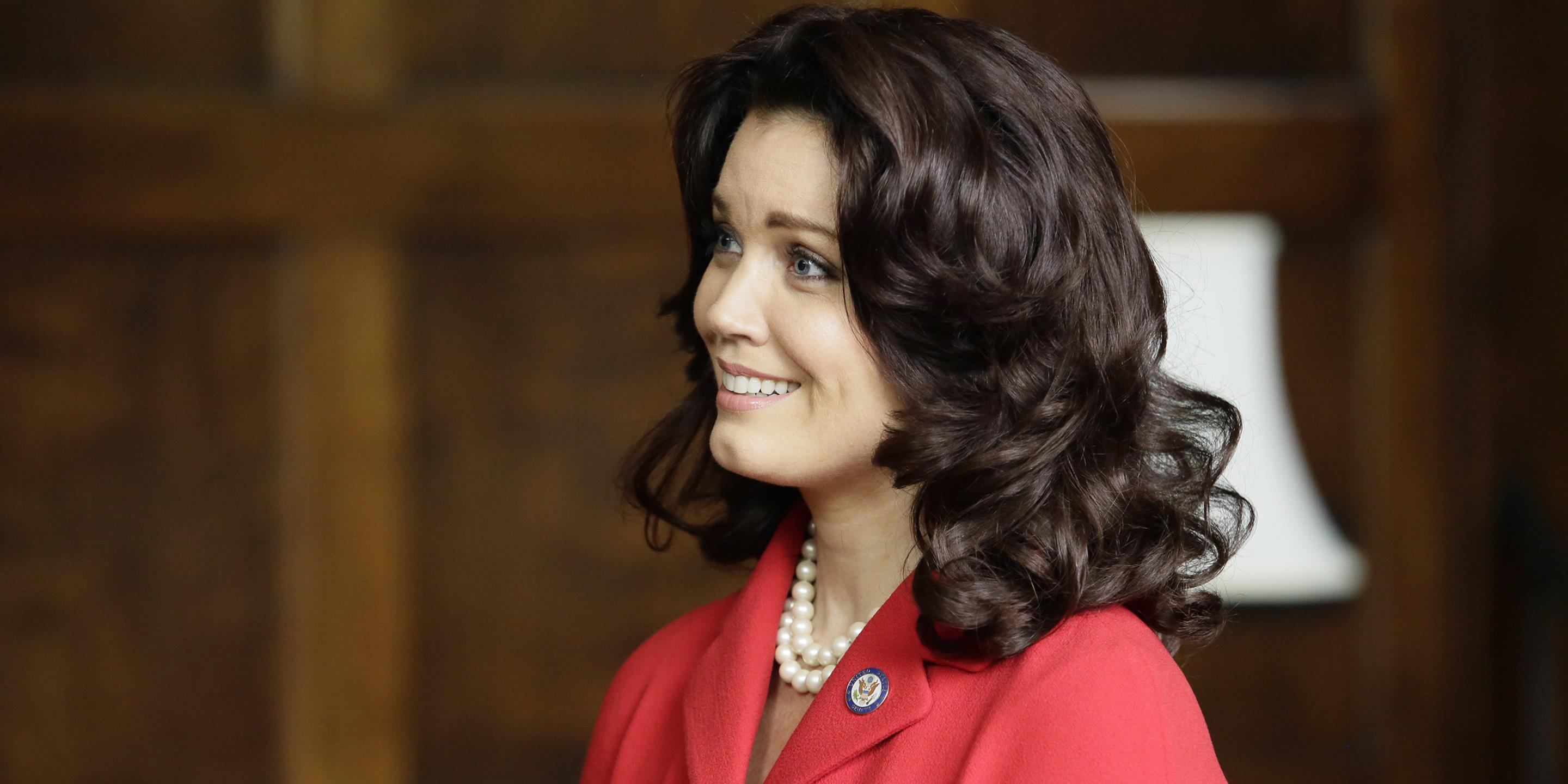 The 'Scandal' co-star on overcoming migraines and a possible musical moment for Mellie.

On Scandal, Bellamy Young plays Mellie Grant, the high-strung First Lady of the United States. In real life, though, Young seems to be the complete opposite of high-strung. She's warm, uber-friendly, and very funny. In between filming her hit series (now in its fifth season) and promoting a new album, Bellamy likes to unwind by practicing yoga and meditation. She doesn't consider herself the fittest member of the cast, though. "That would definitely be Kerry [Washington]," she says. "She's like a superhuman." But we'd argue that Young contains some superhuman (or as they say on Scandal, "gladiator") qualities, too. We recently spoke with the actress about the show, her music, and more.

Who has a more hectic schedule, Bellamy or Mellie?
Oh, well, Mellie is definitely busier. Bellamy has pockets of downtime, but Mellie is on the go and even in her downtime she's probably scheming about something. She rarely ever rests.

One of my favorite Mellie moments was the episode or two that she wore only a sweatsuit.
That was mine, too! Us women have to spend so much more time in hair and makeup, and during that week, I just had to show up, put on the sweatpants and drop the mic. It was so great. I clean up well, but Smelly Mellie definitely has more in common with regular Bellamy [Laughs].

It's been reported that you suffer from migraines?
I do. Ever since I was growing up in the '80s. It usually starts in my left eye and then I just have to lie down in a dark room and ride it out. When you suffer from migraines, you never know when it's going to hit you. You can't really plan a trip to Disneyland with your family because you're afraid it'll be too hot or you won't have enough water and that could trigger a migraine. But I've found a solution, a new medicine called Treximet, that my doctor and I found is working for me.

I would imagine learning those long Scandal monologues is a headache-inducing experience.
The writing on our show is good and such a treat. And let's face it, this is such a privilege to say those lines written by Shonda and the writers. The scripts are good, you never know if it could get any better than this. But yeah, learning those lines can be tough. My background is in music, so I have to use the voice notes on my phone to learn my lines. I record it on my phone and learn it as I listen back. Kerry does the West Wing method, which I guess Allison Janney invented when she was on the West Wing. She writes the first letter of each word in the paragraph on a big sheet of paper and keeps it close by. I don't understand it, but works for her.

Speaking of music, didn't you just release an album?
I did! It's called Far Away So Close and it's a collection of cover songs. It's a mellow album that you'd listen to at 2am while slinging back a couple of bourbons.

Do you think Mellie will get a musical number on Scandal?
I would love that! But I don't know if this is the type of environment where something like that could happen.

This interview has been condensed and edited.