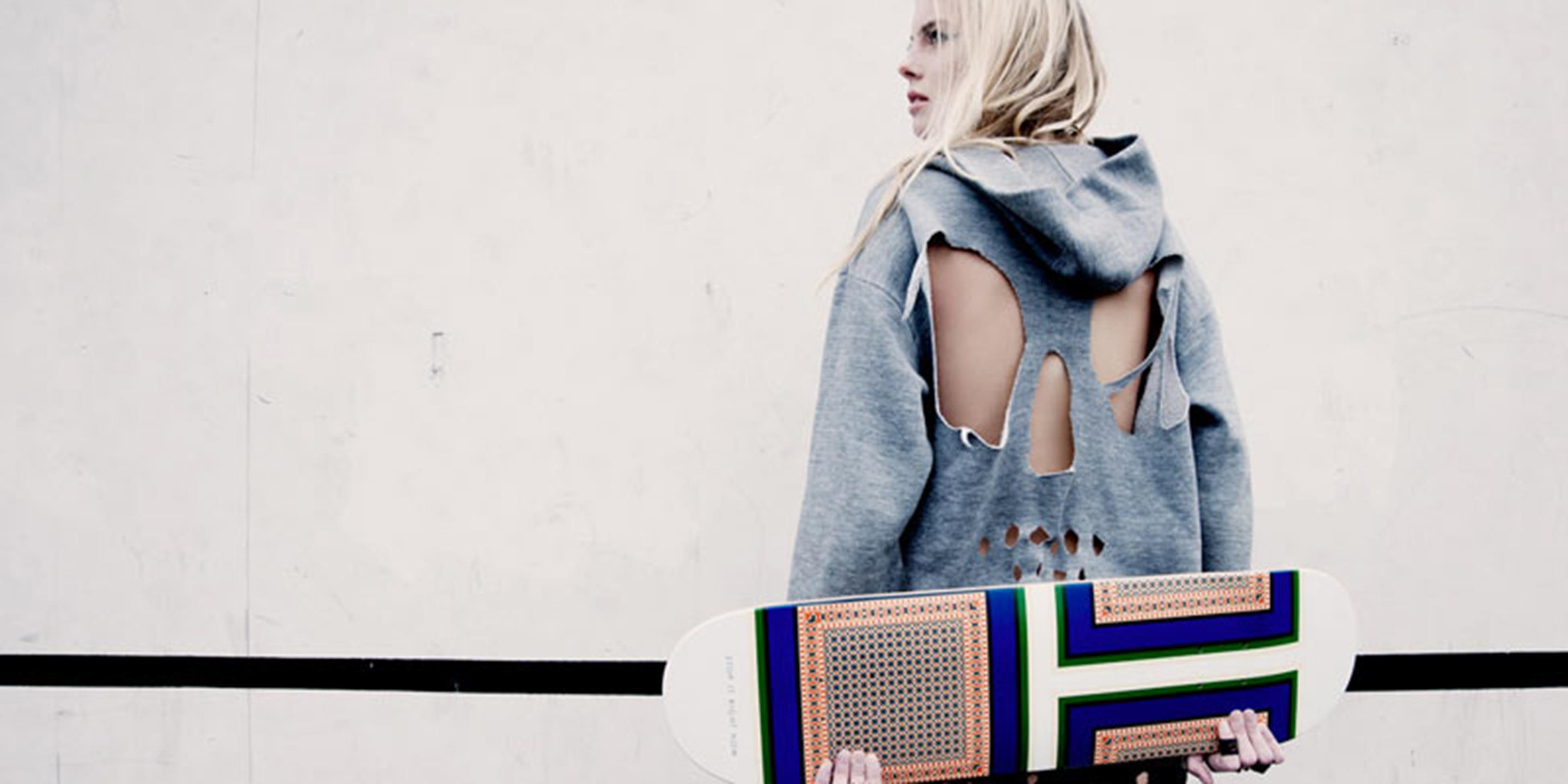 From designer gear to supermodel clothing collaborations, skate culture moves from the street to the runways.

Skateboarding has always been in bed with fashion. In the ‘80s, pro Christian Hosoi was a rock star among the designer set, while the ‘90s ushered in the era of skate-inspired ultra wide leg jeans. These days, models Cara Delevigne, Daria Werby and Hanneli Mustaparta skateboard to fashion shows. Designers are making high-end decks and including decks in their ad campaigns—Selfridges even installed a pop-up skate park in London in April. Now the sport is back and cooler than ever, and the resurgence of skate fashion—snapbacks, oversize tees and ugly chic shoes—is at full throttle.

Fresh off the runways, these autumn looks take a cue from skateboard culture, proving that a little youthful rebellion always feels fresh:

The It Model designed a collaboration of 24 items including tanks, tees, hoodies, and cheeky beanies that play off her easy and relaxed tomboy style. The threads would look equally chic at a skate park—or your next house party.
Find it

Riding the flat shoe trend, the couture brand released a collection of skate sneakers re-imagined in rich leathers, floral prints and crystal embellishments that add easy downtown edge to any outfit.
Find it

The New York-made cult brand offers the perfect layering piece: the so-Normcore-it’s-cool Henley. Tie a flannel shirt around your waist and head to the nearest skate ramp.
Find it

Add a spring vibe to any outfit with these cheerful hues.