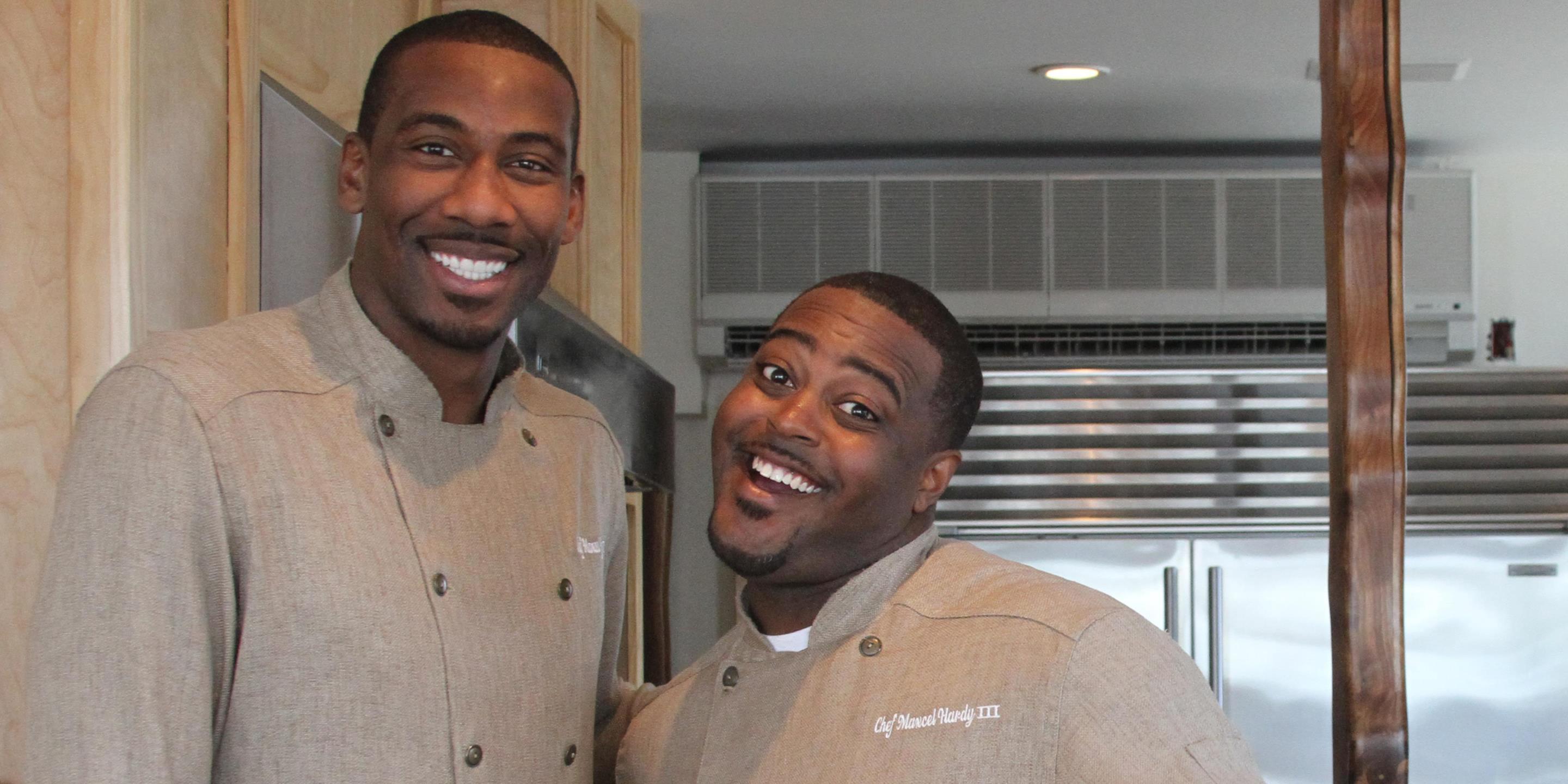 As part of our brand-new Eat Like an Athlete series, over the next several months, Chef Max Hardy will share the nutritional secrets and go-to meals of the pros. First up: Basketball superstar Amar'e Stoudemire.

Despite what you may have heard, when it comes to their diets, professional athletes are not all about bottomless stacks of pancakes or five-dollar footlongs. In fact, these days, the top-performing men and women in sports prefer a more culinary approach. Meet the man who is changing the healthy-eating game: Chef Max Hardy.

He’s been the personal chef to New York Knicks forward-center Amar’e Stoudemire since 2010, and caters to a clientele that includes a roster of pro athletes, actors, hip-hop and R&B artists, and dignitaries such as the Prince of Dubai.

While nutrition is top priority — Chef Max works in conjunction with sports nutritionist Heidi Skolnik — he places a premium on flavor, and designs dishes that could compete against the finest gourmet eateries. But getting his athletes on board hasn’t always been easy. “When I started working with Amar’e, he was so used to burgers and French fries, picking something up to go after a game,” says Hardy. “I would have to ‘hide’ healthy ingredients in his foods, sneaking Chia seeds into potatoes, or beets into smoothies. But he’s really embraced the lifestyle. His willpower to be the best is so high.”

Not only has Stoudemire become a healthy-eating convert, he’s become a budding chef under Max’s watch. “We’re actually working on a cookbook together that will come out next year, called Cooking With Amar’e,” says Hardy. “It’ll be a culinary bible of sorts, with ideas of how we cook with our kids, what we’d have at a backyard barbeque.”

When he’s not fueling up athletes, Chef Max pursues his passions for philanthropy and fashion, teaching inner city kids about healthy eating and cooking through his nonprofit One Chef Can 86 Hunger and putting a designer twist on the traditional chef jacket with Chef Max Designs.

Here, Chef Max gives us the play-by-play of a typical game day for Amar’e Stoudemire.

9 am: Breakfast
“The main objective is to get him juiced up to go on the court and perform. A typical breakfast could be an omelette, a fruit plate, a fresh-squeezed green juice, followed up by some coconut water to make sure he’s hydrated."

12 Noon: Lunch
“The guys usually have a shoot-around, and then come back and have lunch before a nap. Lunch might consist of a mixed greens salad. Chlorophyll is good for the blood, it improves circulation, so we put a big focus on greens at lunch.”

Afternoon Snacks:“I’ll leave a bowl of almonds or pecans around, or I’ll make a nice homemade trail mix of dried figs, dried cherries, some various nuts—he won’t snack on anything that’s not healthy.”

5 pm: Pre-game Meal
“The game starts at 7, so we need to get him to a place where he’s full and has all the different components that he needs. His plate portions are 50 percent protein, 25 percent carbohydrates, and 25 percent starch—sautéed spinach, maybe, things like that. Right now, he’s into grilled jerk chicken with coconut rice.”

10 pm: Post-Game Meal
“This varies—if it’s a win, sometimes the guys will go out to dinner, but otherwise, he’ll come back after the game. I’ll give him something a bit lighter, but he does need to refuel—he just burned about 4,000 calories in that game. His indulgences are fruits snacks—he’s a big fruit snack guy—and Haagen Dazs vanilla ice cream! When you burn that many calories, you can have a few, sure, and a little ice cream. And he definitely sneaks it when I’m not around (laughs).”

Get the recipe for Amar'e's favorite pre-game meal.