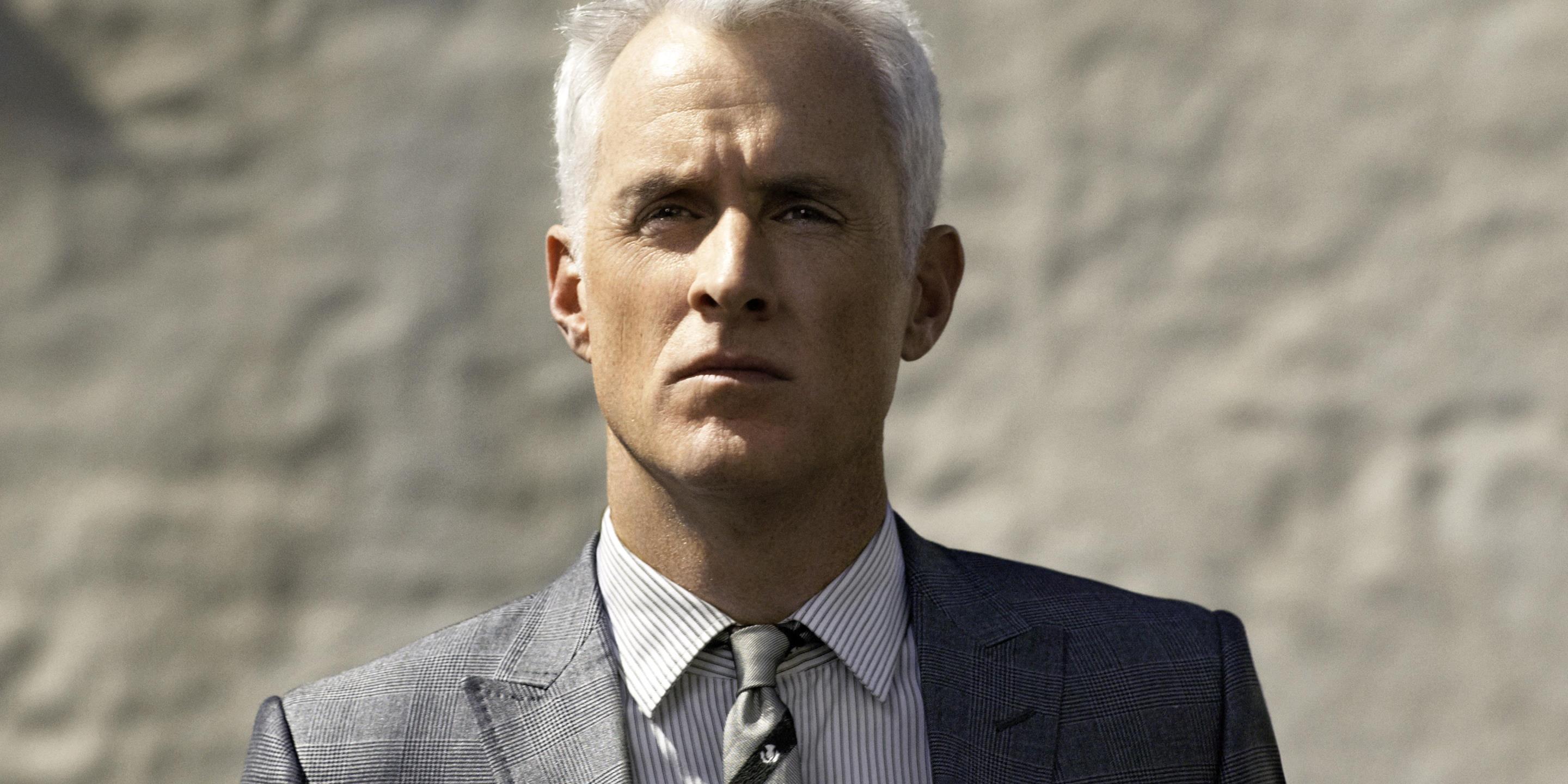 The <em>Mad Men</em> star on steak and martinis, fitting into skinny pants and the joys of unwrapping a Rolex.

For Mad Men ad exec Roger Sterling, the character for whom audiences most adore actor John Slattery, any given day involves some combination of booze, sex, bad decisions and the occasional hit of LSD. And thank goodness, because the show often relies on his sharp quips and mischieviously indecent behavior to cut through dark twists and turns. Slattery's life is decidedly tamer, although the men share a cool charisma (not to mention an appetite for steak and martinis). On the eve of Mad Men's return — season six premieres Sunday on AMC — we get to know the modern man behind the '60s scoundrel.

What he did to work out this week:
I surfed several times. I’m working in LA.

Best insider tip he's ever gotten from a trainer or nutritionist:
Probably just to eat enough so your blood sugar doesn’t tank during a hard workout.

What we'd be surprised to find in his fridge:
My wife’s perfume.

Favorite healthy meal:
There’s a place out here, Joan’s on Third, and they have a case with fresh platters of really healthy stuff — everything from grains to fish and vegetables — everyday, and you can get various combo platters. Great place.

Ultimate decadent meal:
Hard to beat a steak and a martini. Was at the Palm in LA recently — they have it down pretty well.

How he'd recover after spending one vice-filled day as Roger Sterling:
Probably get an angioplasty.

Latest obsession:
Got a new surfboard from Harbour in Seal Beach. Really well made. Now I just need to find a few days with nothing to do.

What he's totally over:
Sleep deprivation.

Best gift he's ever received:
Hmm… My wife gave me a watch a long time ago. Hard to beat unwrapping a Rolex box.

What totally relaxes him:
Sleeping.

Books on his bedside table:
I just read Michael Hainey’s new book — an amazing memoir of his childhood and investigation of the circumstances of his father’s death.

Style icon:
Maybe Will Arnett. He always looks pretty good, though it may just be his teeth.

Who has made him feel star struck or tongue-tied:
Willie Nelson. But we were a little high.

Number one reason for taking care of his body:
Saving money by not having to have both fat pants and skinny pants.

Message to the world with one request (only catch: It has to be 140 characters or less):
Lose the guns already.
My healthy: Tanya WrightLife