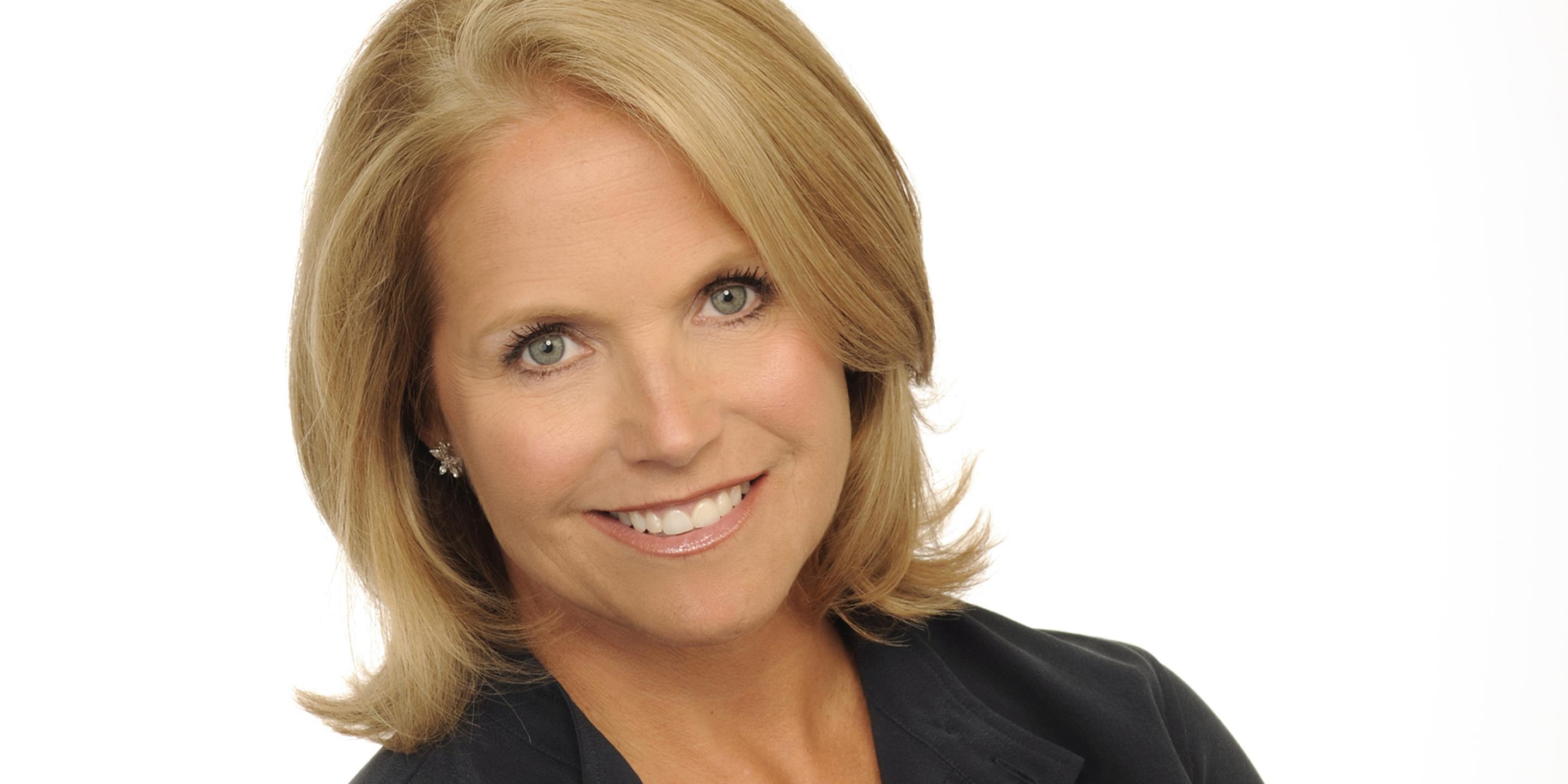 After her marathon run on the "Today" show, stints on "ABC World News," "Nightline," "60 Minutes," "20/20" and "CBS Evening News," Katie Couric is finally taking a break. We caught up with the former anchor to see how she's spending her time before her talk show, "Katie," starts next fall.

This week's workout:
Hot yoga, a regular yoga class, Pilates and several walks around the Central Park reservoir. I generally try to spin three times a week, but I had a terrible cold, so I took it easy.

How she finds time for herself:
When I worked at the "Today" show, I often had a lot of the afternoon free. Anchoring the evening news allowed me to work out in the mornings. I work hard, but if I’m doing it twenty-four-seven it makes me crazy … unless there’s an important news story (like the earthquake in Haiti) that requires that.

Favorite healthy meal:
My latest is black bean burgers. They're high in everything you need — fiber, protein, etc. and really good! I also love the egg white, goat cheese and spinach omelet at Sarabeth’s, but I always tell them to go easy on the goat cheese. My daughter, who is a vegetarian, loves Candle Café. I also love the tuna tartar at Fresco.

Ultimate decadent meal:
I love a great steak. Porterhouse in the Time Warner Center has a beautiful view, delicious food and the chef, Michael Lomanico, is an old friend of mine. I also like BLT Steak, but try to stay away from the popovers!

The best part of her new schedule:
For the first time in 20 years, I have some flexibility when it comes to planning my day (until my show goes on in September), and that is really, really nice.

Where she feels most at home:
I bought a house in the Hamptons about six years ago, and every time I walk in the door it feels like home. It’s homey and comfortable and pretty, not stuffy. It has a vegetable garden where I grow things like squash, tomatoes, eggplant and rosemary, cilantro and chives. Sometimes I go all Martha on you out at the beach! It’s also where I keep my pink Hello Kitty bike, which always gets admiring looks.

Latest obsession:
I just bought some persimmon-colored cords at J.Crew, which I can’t wait to wear.

Health hero:
My friend Kathie Dolgin, aka “High Voltage.” She’s older than I am and looks even better than Helen Mirren in a bikini! But what I admire most about her is the work she’s doing with inner city girls through her Energy Up! program. Childhood obesity is such a horrendous problem, and she’s tackling it head on. She's a rock star.

Biggest vices:
Chocolate chip cookie dough ice cream, which is why I don’t keep it around. My nephew used to say he knew I’d been in it when it was just vanilla ice cream because I had burrowed through the carton and eaten all the cookie dough. My other vices are "Curb Your Enthusiasm," "Entourage" and "Sex and the City" reruns.

What she's totally over:
Nasty people who talk trash on the internet. I feel like I’m back in 2nd grade, especially when they start yelling at each other. I’m also over phonies. But I guess was never into them — now I have less tolerance.

Most surreal career moment:
Mountain biking with Tom Cruise; getting a tour of the palace by the king of Saudi Arabia; flying in a helicopter over Baghdad with Bob Gates, the former Secretary of Defense; having Hugh Jackman sing to me; interviewing Sully Sullenberger after he saved all those passengers. I’ve had some pretty amazing experiences. I feel very lucky.

Three things on her bucket list:
Learn Italian, climb a big mountain — but not Mt. Kilimanjaro — take my kids on a safari, live in Paris for a year, become a great cook and learn to surf.

If she had a time machine:
I'd go back to the Revolutionary War. They were such principled bad asses.

Books on her bedside table:
Unbroken and This Beautiful Life. I haven’t started either.

What relaxes her:
Bubble baths, classical music, going to a really good movie, getting a pedicure, having my back scratched, holding a puppy.